Mycorrhiza is actually defined as a verb, it is an association of a fungus and a plant in which the fungus lives within or on the outside of the plant’s root system forming a symbiotic or parasitic relationship. In the case of the noun ‘Mychorizae’ in the context used for the purposes of this article we are referring to fungi that grow in association with the roots of a plant in a mutually symbiotic manner.

Benefits of Mycorrhiza and Trichoderma

Mychorizae penetrate the root systems of most plants in nature. They are helpful in providing improved uptake of water and nutrients from the growing media. They help protect the roots from harmful pathogens and disease and help to reduce the effects of Salt Build Up on plants.

Trichoderma is another beneficial fungus that colonizes root systems. They prevent harmful fungi from entering the same root system, stimulate root development, and improve the plant’s adaptability to environmental stress.

Mycorrhizae are very advantageous to plants, both in nature and in hydroponics, they cause the plants small hairlike feeder roots to branch out and thereby increase the nutrient absorption capacity of the root tips. Mycorrhizal fungi also cause the cell walls near the root cortex to thicken, making it difficult for pathogens to penetrate. They also compete with pathogens for the same food sources. In addition there is also strong evidence that they enhance the plants natural antibiotic production.

Mycorrhizal fungi as opposed to trichoderma, are the most beneficial in enhancing nutrient – moisture uptake and root development and stamina. Phosphorus uptake is a vital plant function that these fungi enhance. Phosphorus is essential for flowering.

Trichoderma will make nutrients more soluble and are useful in protecting the roots and system from harmful pathogens and fungi. While Mycorrhizal fungi will actually take the nutrients up into the root system for absorption by the plant.

Introducing Mychorizae to a Hydroponic System

Mycorrhizal fungi are generally introduced into hydroponic systems with a powder infused directly into the nutrient solution. They can also be mixed into soil-less media, any inert growth media will suffice. The Mycorrhizal inoculant can also be sprinkled directly onto plant roots. Once introduced into a system Mycorrhizae will grow and reproduce so long as they are attached to a plant root, without it they will die off.

Multiple periodic applications of mychorizae is also advisable [1]. It’s not like nutrients where too much is detrimental, you can add as much as you’d like and the fittest will survive and develop a symbiosis with your plants. Some mycorrhizal fungi, that which are of no benefit to the system, will simply die off.

Optimal Conditions for Mycorrhizae and Trichoderma

Temperatures around 70 degrees Farenheit are ideal, give or take a few degrees in either direction.

They can and do tolerate slightly higher temperature, but once you get into the 120 F range or higher ‘fahgettabout it’ – they’re toast.

Good water aeration. Extremes of drought or excessive moisture are detrimental to the survival of your Mycorrhizae colony.

A non-acidic solution 5.0-7.5 is best, but this varies depending on the species you are using. A blend of Mychorizae is advisable, that will cross and survive under multiple conditions.

Chlorine should be kept to a minimum , but you should already be doing that for the plants.

If you’ve never used Mychorizae before , you may notice a white powder at base of your system. The powder is the carrying agent for the fungi, not the myrchorizae spores themselves.

The Nutrient solution should be kept between 65 degrees minimum and 75 degrees maximum. A hot solution will breed Algae, bacteria and fungi as well cooking tender roots. A cold solution can shock and kill the plants at worst, at the least it will retard development.

After adding the nutrients, wait at least an hour prior to checking pH. Optimum pH range is 5.5-6.0 for most plants – although it does vary somewhat

You should aerate the solution continuously to oxygenate the roots, maintain hydroponic nutrients and discourage anaerobic bacteria . An inexpensive aquarium pump, and stone filter in the reservoir will suffice – the same setup that is used in many aquariums.

If you are using Chlorinated tap water in your hydroponic set up, it should be allowed to sit for 48-72 hours in order to dissipate the chlorine.

1. Scientific studies indicate endo mycorrhizal fungal populations are slow to recolonize, unless there is close access to natural areas that can act as a source of mycorrhizal spores to repopulate the affected area. Reintroducing mycorrhizal fungi in areas where they have been lost can dramatically improve plant performance with less water and fertilizer and at a reduced cost. Mychorizal Applications Inc. 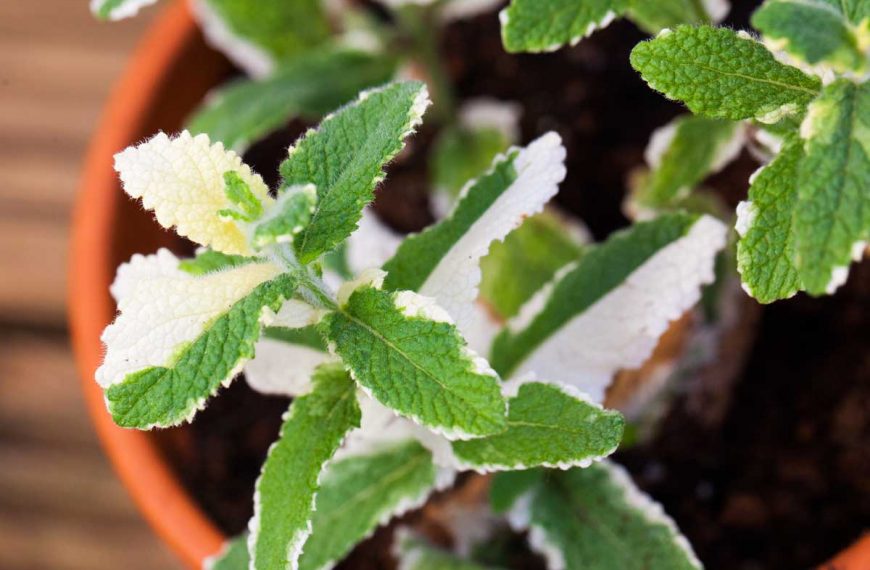 How to Plant and Grow Pineapple Mint

How to Freeze Dry Food At Home