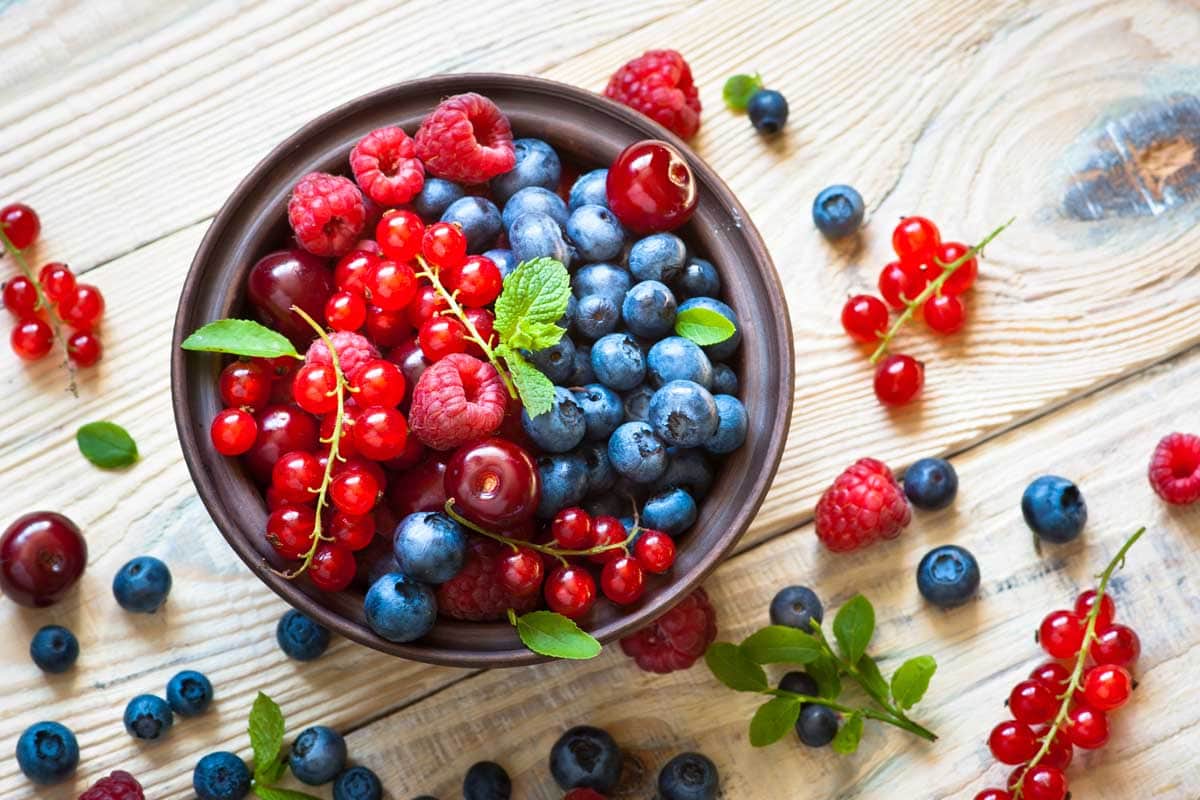 Research has demonstrated that berries have the highest antioxidant concentrations of any fresh fruits. Spinach and Kale are the only vegetables that even come close and much of their value is lost in the sauce when cooked. A staple of primitive mans diet was berries, whatever they could forage found their ways into their intestinal tracts.

Humans have evolved eating berries and the berries have served us well. Many are considered by Modern Man to be super foods that enhance our overall health and well being and are perhaps capable of promoting longevity.

Primitive man probably didn’t know how good berries were for them, they simply knew they tasted good and at times were abundant, hell they’d eat a bug if it filled their gizzard. Post Primitive man incorporated various berries into their bush medicine regimen. As time has proven, a good deal of the shamanic bush medicine really works. Modern Man has re-discovered the fact that nearly all berries are “Super-Foods” some more so than others.

1. Blueberries are near the top of the list of super Berries. A cup of wild blueberries has more than 13,000 total antioxidants, vitamins and flavonoids while domesticated blueberries have just over 9,000. Anthocyanins is a flavanoid abundant in blueberries it is responsible for their deep purple and blue coloration. It is believed that blueberries decrease the risk of diabetes, heart disease, obesity, and type 1 diabetes. Blueberries promotes skin and hair health and enhance overall energy and vitality

Iron, calcium, phosphorous, assorted minerals and vitamins such as Vitamin K in blueberries contribute to healthy bone structure and strength.

Blueberries are sodium free and their structural minerals such as potassium, magnesium and calcium decrease blood pressure naturally.

Antioxidants in foods are compounds that inhibit oxidation. Oxidation is a chemical reaction within our bodies that produces free radicals. Free Radicals cause cellular damage, Cellular Damage leads to disease. Common sense seems to dictate that anti-oxidants are good for us. Although a handful of scientists would beg to differ, the general consensus seems to be that antioxidant rich foods are beneficial to enhanced health in Human beings.

Scholarly studies have proven that blueberries can reduce the risk of cognitive decline and can also slow down short-term memory loss .

2. Acia [ah-sah-ee] grows on a mini palm from South America. It is considered a super food. Acia is antioxidant-rich which stimulates the immune system. It has a high concentration of anthocyanins, a antioxidant that in addition to boosting the immune system can also lower cholesterol levels in the blood. Anthocyanins found in acai are also useful in cellular protection, thay help to strengthen cells and ward off the uncursion of free radicals.

It is believed to help in weight loss and at least one study demonstrated that the pulp from the acai berry may have the ability to reduce the negative effects of fatty foods. Fans of the Acai Berry claim it can do every thing from aiding digestion to improving our sex lives. Acai berry extract is believed to lead to enhanced energy and stamina, which naturally combats fatigue.

3. Blackberries are higher in antixoidants than most fruits and berries, but certainly not all other berries. A cup of Blackberries contains nearly 9,000 antioxidants. They have elevated levels of compounds known to ward off many dreaded diseases including cancers. Blackberries are high in ellagic acid, a natural phytochemical that destroys disease causing free radicals throughout the body. Ellagic acid is believed particularly helpful in warding off prostrate Cancer. It is also found in Strawberries, pomegranate, raspberries and cranberries.

3A. Raspberries are not Blackberries. Trying to tell the difference between the two can get you aggravated because they are both aggregated. That is the berries are comprised of multiple small, single seed droplets bound together with microscopic fibers. The individual seed droplets develop around a core, known as the ‘rasp’.

Although Raspberries and Blackberries taste similar and have dual culinary uses, the qualities relative to health benefits differ somewhat with Blackberry beating out the Raspberry ever so slightly. Basically The darker the berry the healthier Anthocyanins is a flavanoid abundant in berries it is responsible for their dark purple and blue-black hues and it is a prime element in nearly all super foods.

5. Cranberries are well know for their ability to ward off urinary tract diseases. It has been proven that they have a somewhat unique characteristic in their abundance of proanthocyanidins which function as a bacteria barrier preventing harnful pathogens from taking hold in the urinary tract. Cranberries have qualities that promote heart health and help ward off cellular degeneration and dreaded Cancers. [1]

Compounds in strawberries are also believed to prevent cataracts and in strengthening the cornea and retina. Strawberries like Blackberries contain elevated levels of the phytochemical Ellagic acid which destroys disease causing free radicals throughout the body. Ellagic acid is believed particularly helpful in warding off prostrate Cancer. Other noteable health benefits of Strawberries include cholesterol reduction and skin health [complexion], anti-inflammatory properties which can lead to arthritis and cardio vascular disease, warding off the negative effects of sodium such as high blood pressure.

7. Gooseberries comprise a large class of berry of which there are roughly 2,000 varieties all with differring qualities reklative to health. In general however, gooseberries, like all edible berries are highly beneficial to our bodies.

They are high in Flavones and anthocyanins and assorted vitamions and conmpounds which are part of our biodies regimen in fighting off cancer, inflammation, cognitive and neurological diseases. Their fiber content provides morethan 1/4 of the daily recommended value, which is useful against colon cancer. They have nearly 20 times the Vitamin C of oranges and lose very little of this when processed.

8. Sea Berries aka “Sea Buckthorn (Hippophae Rhamnoides) is a super fruit full of all the Omegas, 3, 6, 9 and the rare 7, as well as a host of antioxidants and other healing nutrients. It has been used to heal psoriasis and make skin glow, boost immunity, slow aging, and lower cholesterol, but it also has numerous other qualities that make it a superior source of vitamins and minerals we all need. “ 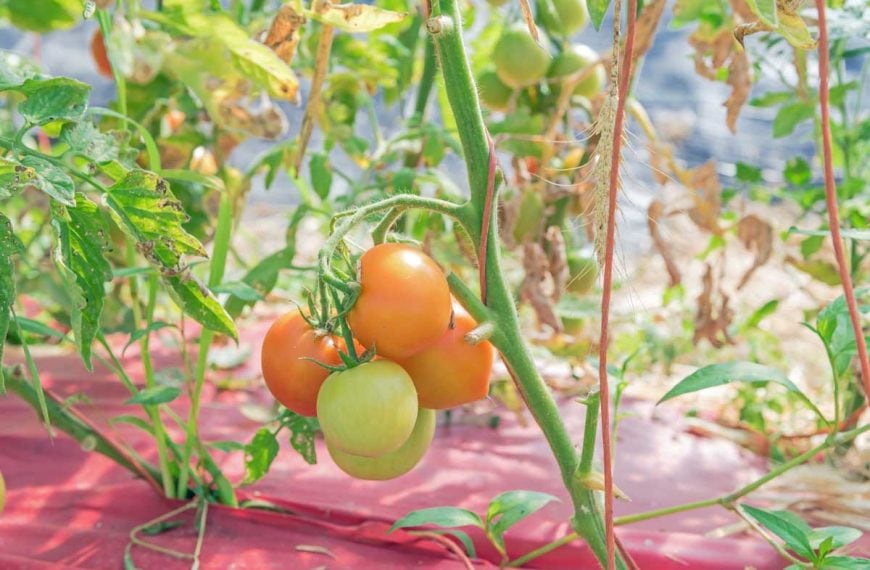 Use Red Plastic Mulch to Increase Veggie and Fruit Production 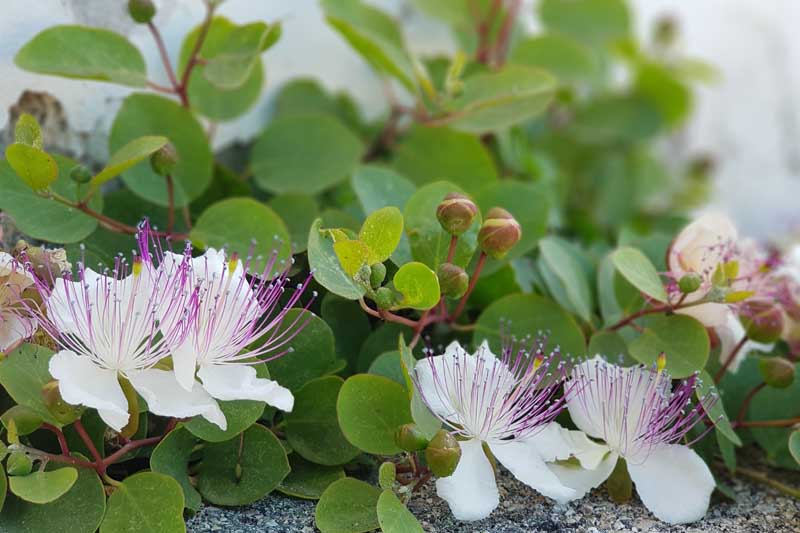 How to Grow Capers and What Do They Look Like?