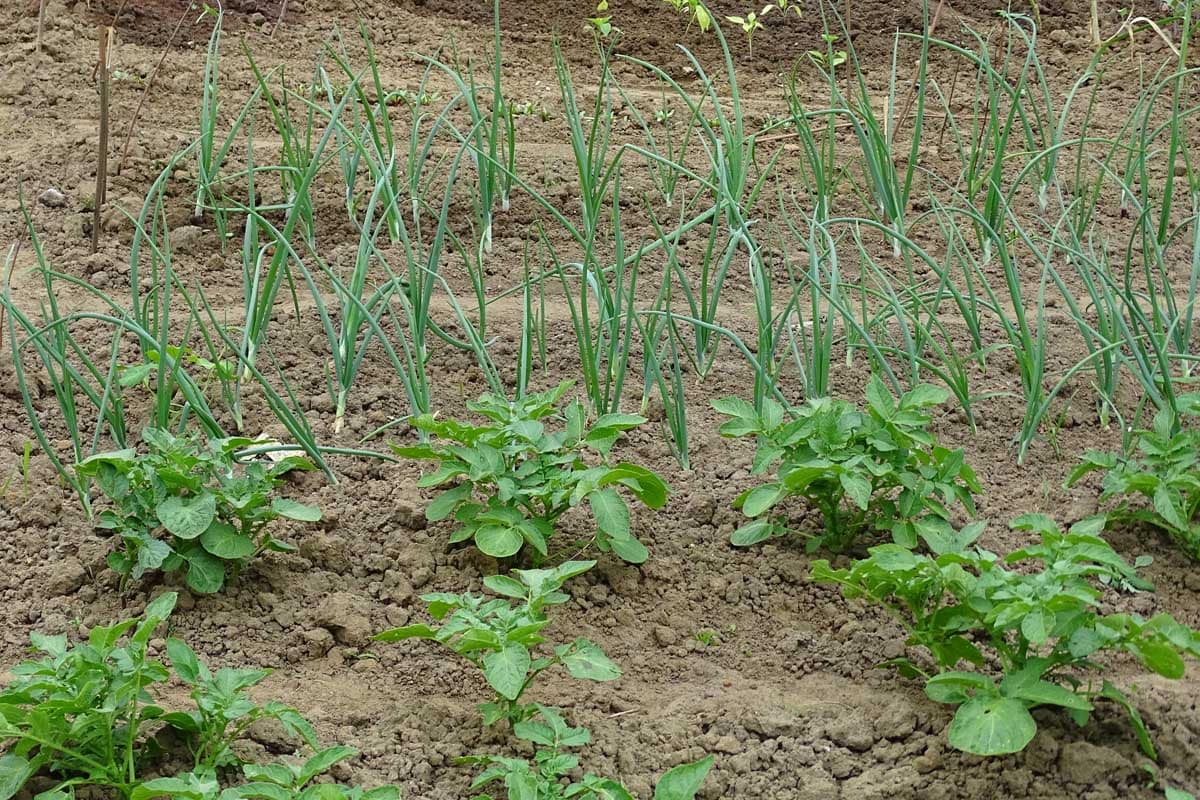 Companion Planting is the growing together of all those elements and beings that encourage life and growth; the creation of a microcosm that includes vegetables, fruits, trees, bushes, wheat, flowers, weeds, birds, soil, microorganisms, water, nutrients, insects, toads, spiders, and chickens.” – John Jeavons, How to Grow More Vegetables Than You Ever Thought Possible

Intercropping of Alliums, in particular Onions and Garlic with Potatoes has been demonstrated to have substantial impact on pest populations. Aphids and other sap sucking green flies and their maggot offspring, leafhoppers and bean beetles were repelled from the potato crops. [1]

Inter-planting Potatoes with beans has been proven to increase yields for both. This does not apply to legumes grown below the soil surface, only beans grown above it.[2] [3]

Excluded from this scenario are snap beans, although they enhance soil quality and so forth, they are susceptible to to the same soil borne diseases as Potatoes. Potatoes and related crops will readily transmit this to the snap beans and vice versa.

Peas and Potatoes Grown Together

Peas can be successfully grown with early Potatoes. Peas repel the Colorado potato beetle. However – Avoid planting them with or near late season potatoes, peas are carriers of Fusarium Crown and Root Rot later in the season.

Horseradish can be planted at the corners of potato patches and yes, it will deter Potato Bugs / Beetles, Blister Beetles and a few other pests. Horseradish also increases the disease resistance of potato plants as it exhibits mild antibacterial and anti-fungal properties.

However, and that’s a big “however” – It is not something I would heartily recommend. Horseradish is a very dominating plant with large root systems that readily spread. The smallest fragment of a horseradish root left in the ground can and frequently does produce another plant in subsequent seasons – it becomes an invasive weed – with strong expanding roots. It would be very easy when digging for potatoes to break of minuscule fragments of the root and contribute to its invasive properties.

Corn can be successfully planted with Early season potatoes. There are drawbacks – both plants are heavy feeders and neither contributes much in the area of fertilizer residue for the other, so you would need to add fertilizer as they will be very competitive, even if at differing soil levels.

There is a benefit to the potatoes, which are a cool weather crop. A little sun is good, but too much leads to elevated internal leaf temperatures that will actually impede photosynthesis.

Two rows of potatoes to every row of corn will shade the potatoes adequately, not excessively, and prevent overheating.

Cabbage and Brassicas grown with Potatoes

Cabbage can be grown with potatoes purely for the purposes of space management and hedged investment .There are no documented attributes of either plant that would suggest much of a symbiosis other than conjecture and old wives tales. There is no reason however that the two can’t be grown together.

Avoid kohlrabi ? Maybe – maybe not – somebody somewhere once said they shouldn’t be planted together, but nobody anywhere can say why. So just to be on the safe side ….

Marigolds are helpful in pest suppression in any garden be it veggie or ornamental, however they need to be planted in the same plots for multiple seasons to be effective.

Sweet alyssum can be used against aphids by attracting hover flies whose larva devour aphids. They also draw in pollinators and will reseed themselves without being highly invasive. They make an attractive ground cover.

Raspberry attract potato phytophthora blight. Raspberries Should also not follow potatoes, or related crops in the rotation. Potatoes are susceptible to verticillium wilt, to which most raspberries are highly susceptible.

Squash also attracts potato phytophthora blight. Pumpkins, basically a type of squash and potatoes have an inhibiting effect on each other. [4]

Asparagus Contrary to popular belief there is no real reason to avoid planting Potatoes near Asparagus. Like tomatoes, potatoes produce solanine which repels asparagus pests. Other than competition for nutrients, which isn’t a factor so long as you don’t plant them right on top of each other – there is no reason Potatoes and Asparagus can’t be planted in proximity to each other. Related Article – Planting Potatoes and Asparagus – Martha Stewart – Martha Stewart

1. – Annals of applied Biology – The influence of intercropping with Allium on some insect populations in potato

How to Condition and Improve Your Garden Soil 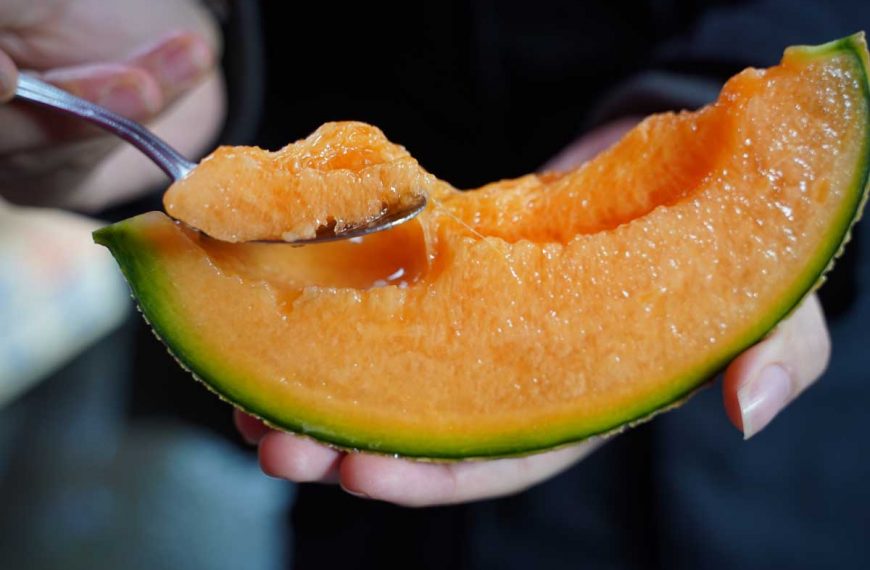 How to Grow Yubari King Melons