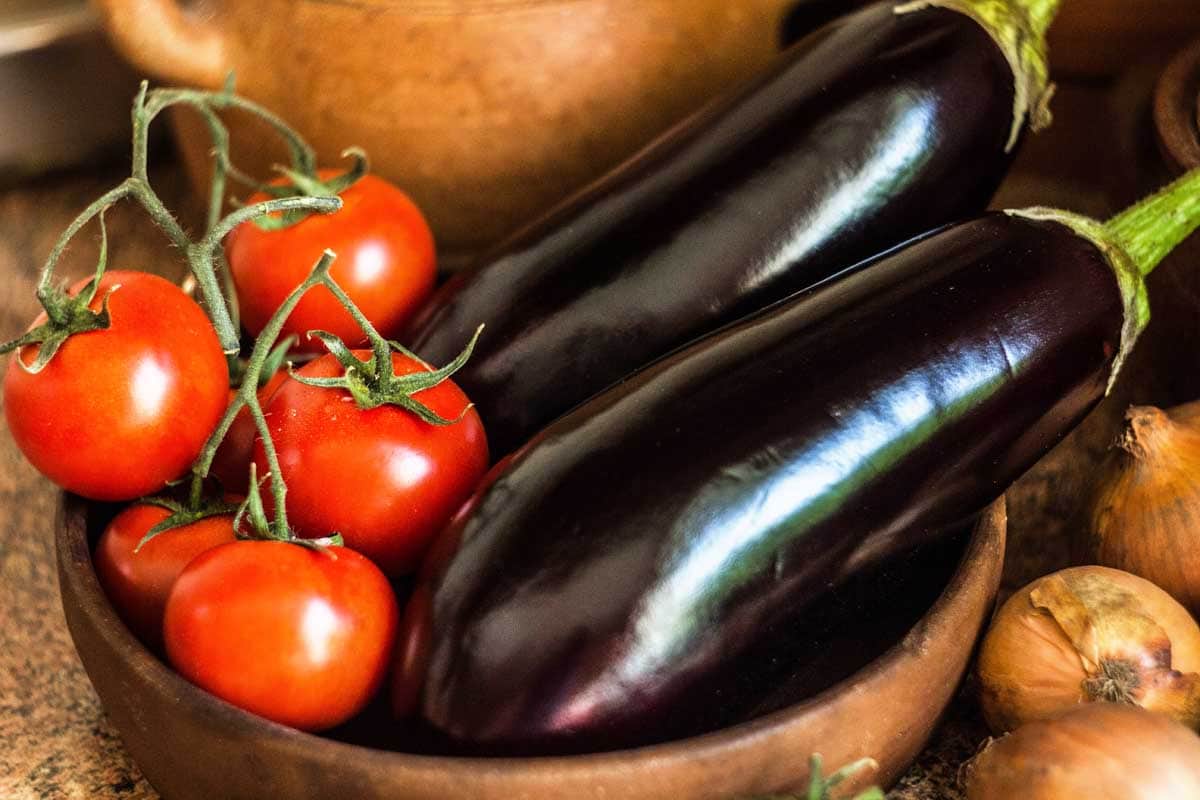 Companion Planting is the placement of various crops in close physical proximity to one another so as to symbiotically compliment each others health, vigor, growth and the flavor of their produce. It also naturally involves separating plants whose development is antagonistic to each other.

Eggplant grows well with beans – all types of beans – bush, pole and runner beans. Amaranth aka Pigweed, peas, spinach, thyme, tarragon, and marigolds. * Other solanaceous crops, in moderation, such as tomato and pepper are compatible with eggplant. Herbs such as Tarragon, Oregano, Dill basil and thyme all contribute to the enhancement of eggplants. Catnip radish and spinach can also be successfully planted with eggplant.

Eggplant does well when grown with other members of the nightshade family which include peppers and tomatoes – they share the same growing conditions. *The drawback to this scenario is that they also share many of the same problems and pests so an area of your garden hosting a large amount of tomatoes, peppers and eggplant would naturally draw in like a magnet, pests that feed on those plants as well as pathogens and assorted blights.

Also ,When planting eggplant with tomatoes be sure to take the tomato plants’ mature height into consideration so as to avoid over – shading the eggplant.

Hot peppers when grown in conjunction with eggplant are beneficial as their roots release acid into the soil that helps prevents root rot and Fusarium rot and wilt. Dry hot pepper, in particular, cayenne pepper sprinkled on wet eggplants will repel caterpillars. Some people also make an insecticide tea-spray from the peppers.

Growing eggplants among bush beans protects them from the dreaded Colorado Potato Beetle.

“Eggplant growing among green beans will be protected from the Colorado potato beetle. The beetles like eggplant even more than potatoes, but they find the beans repellent.” L. Riotte Carrots Love Tomatoes.

Personally I prefer pulling it out of clean air. This greatly enriches the soil, which invigorates the eggplant and enhances its development.

Eggplant will benefit by being planted with beans and legumes and will benefit even more when planted in succession with, that is following them in the crop rotation as they will have left behind their fertile residue for the eggplant to lap up.

Peas and sweet peas are good neighbors for the same reason.

Green Beans seem to be better than pole beans in suppressing Colorado potato beetles and some other minor pests.

When planting beans and eggplant at the same time it is best to set the eggplants in front of trellised beans or legumes so as to avoid over-shading of the eggplant.

This is not a concern with bush beans but you should plant within rows or alternate whole rows themselves. I find that planting an eggplant followed by a bush bean followed by another eggplant and so forth works best.

For those of you in zones where peanuts can be grown, are good companions for eggplants – they too are legumes and have a symbiotic relationship with eggplant for all of the same reasons cited above.

* Note that if using marigolds in a companion planting scheme keep them away from the beans – although they are helpful to eggplant for their pest suppression qualities they are harmful to beans – some are toxic.

Experience has taught me that Some climbing beans and peas do not fare well together as the competition for space and the vines intertwining and strangling each other out outweighs the advantages.

It is claimed, but not proven that it improves the flavors of vegetables grown with it. Whether this is true or not depends on you and your taste buds.

Dills primary attribute in the realm of organic companion planting lies in its pest control qualities.

Thyme is very promiscuous in its relationships with its neighbors, it can be grown with just about any plants. It is believed that it enhances the fragrance of surrounding herbs. It is proven that it protects against some insects – in particular worms/cabbage worms.

I frequently plant thyme as a border around eggplant and other nightshade plants to ward off worms – it is not 100% fool-proof, nothing is – but it does help.

Assorted Herbs such as lemon grass, basil, tarragon – [particularly French tarragon] and oregano are helpful in pest control in eggplant and other nightshade plantings

“Considerable reduction in the number of egg masses [cutworms] on eggplant was observed when lemon grass, oregano or basil were presented as companion plants.”

Naturally, combining these 2 facts one would come to the conclusion that growing catnip with eggplants is good – right? So what do you do with all the catnip?

I personally have no use for it, and the average person doesn’t either – the one time I tried it, my neighbor’s cats were romping around my garden stoned off their butts. And the fertilizer they put in my soil wasn’t very helpful.

loosens the soil making it easier for other developing plant root systems to expand with ease. It also draws up nutrients from deeper within the soil to where the other plants can reach them.

“Pigweed raises nutrients from the subsoil to where the corn can reach them” – Burpee-Companion Planting Guide.

Keep pig weed well thinned as it is extremely invasive. It’s also worthwhile to note that Rabbits simply adore Pigweed {aka Pig’s Thistle, amarynth}, if you’ve got an issue with Bugs Bunny, don’t be an Elmer Fudd – keep this away from your garden.

Spinach and eggplant will grow just fine together, there are no documented benefits so far as pest suppression or fertility attributes but they are compatible and don’t transfer any known pests or pathogens.

Spinach, smaller varieties, should be grown so that it is shaded by the mature eggplant come the hot summer days, should you choose the Spinach-Eggplant scenario.

Radish attracts flea beetle and can be used as a trap crop. Like all trap crops, it must be kept at a safe distance and you need to vigilantly eradicate the flea beetles it attracts or you can easily create a flea beetle mecca as they migrate to your other plants.

If you are not accustomed to using trap crops I wouldn’t really recommend this.

Bad Companions to the Eggplant

Geraniums are sometimes recommended as a companion plant for Eggplant. Although it is true that they do act as an insect repellent for some pests they should never be grown near eggplant or related crops.

Geraniums are hosts to diseases that infect solanaceous plants, of which eggplant is one. in particular Ralstonia solanacearum commonly known as Bacterial wilt or Southern Bacterial Wilt.

Walnut trees, in particular black walnut are alleopathic and emit toxins that kill of other plants within its reach – eggplant is no exception. Some fruit trees exhibit this behavior to a lesser extent also.

“The toxin juglans exuded from the trees roots is quite toxic to several plants, including those of the nightshade family such as tomato, pepper, and eggplant.”- Cornell Cooperative Extension – Companion Planting 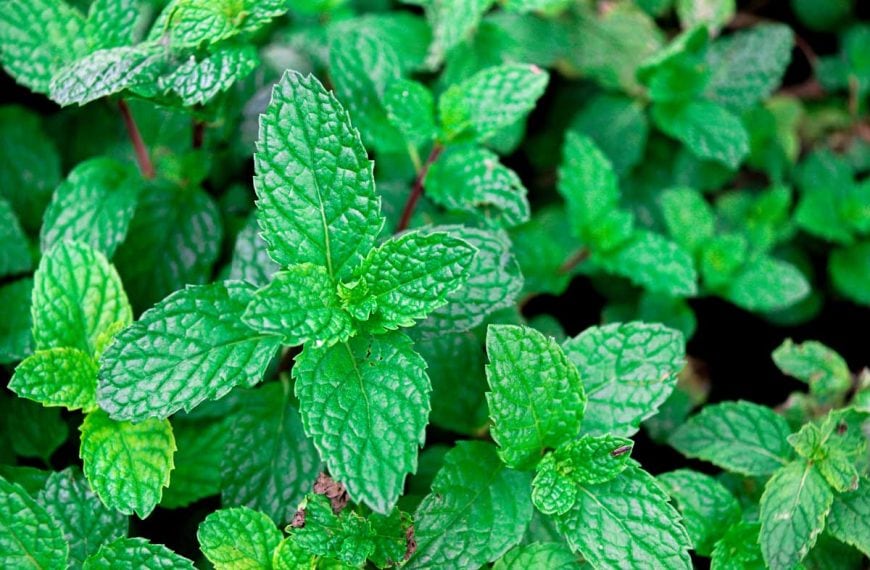 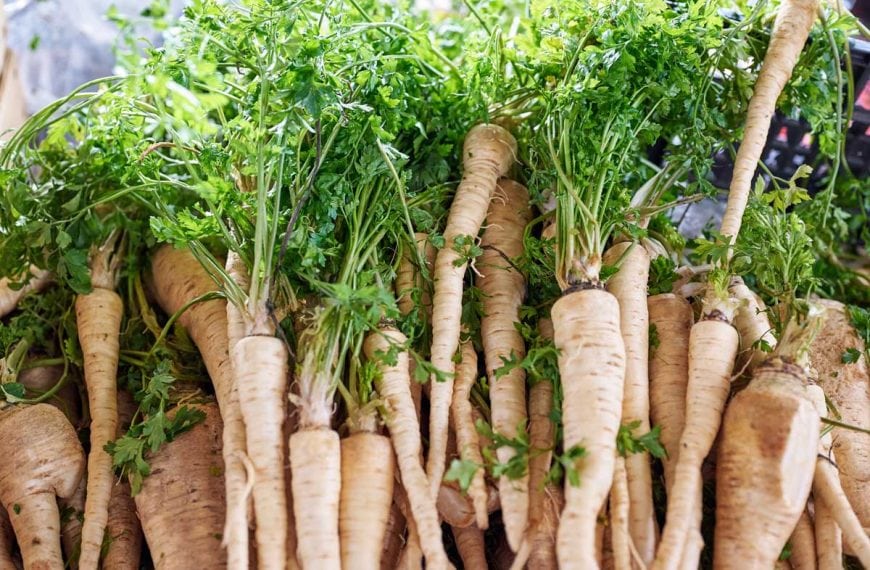 Learn How to Grow the Perfect Parsnips