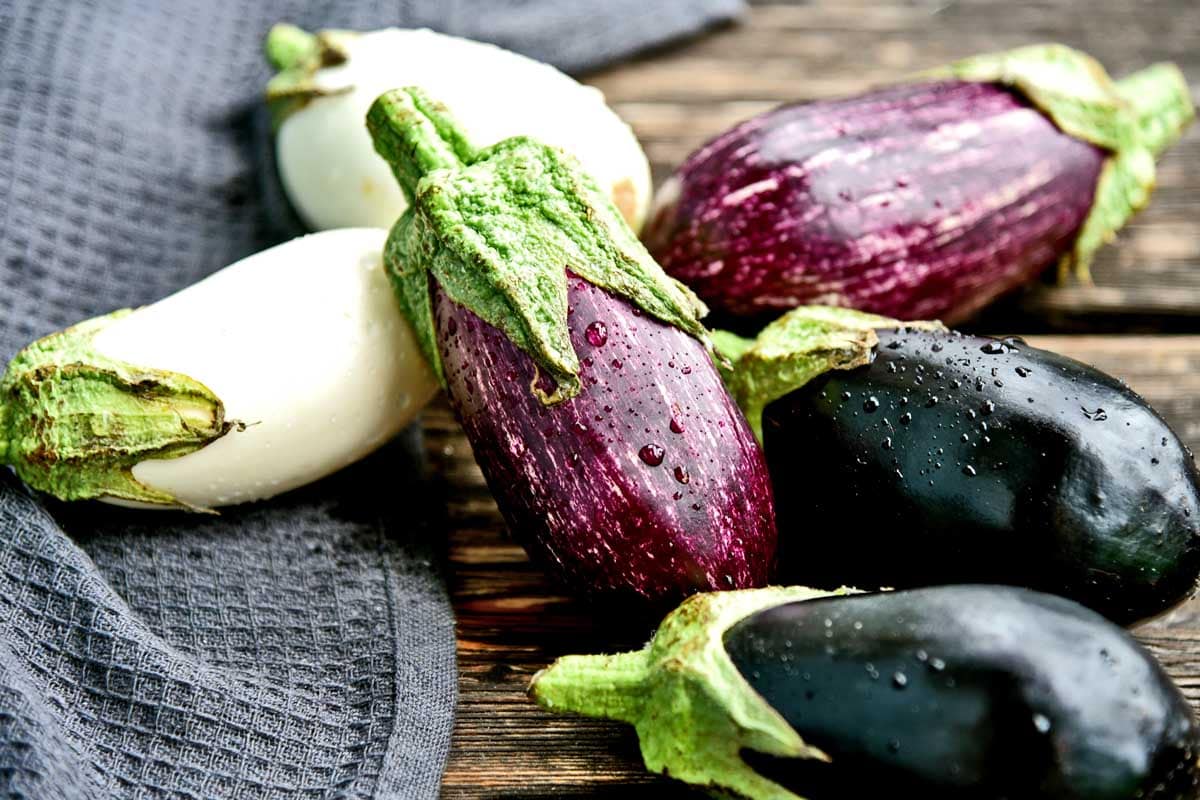 The Eggplant is an edible nightshade species along with tomatoes, potatoes, peppers, paprika, and several spices. The Nightshade family also includes some poisonous plants.

Eggplants were once called “apples of love” and considered to be aphrodisiacs. Early Botanists believed that eating Eggplant could cause insanity.

In various places it is known as the Aubergine, melongene or guinea squash. Eggplants serve as an excellent meal, and are quite frequently used as a meat substitute. They are a favorite of Gardener’s around the World.

Classic eggplant varieties such as Black beauty, Black Bell and Black Magic eggplants are perhaps the most common and popular in North America, followed by the Italian and Sicilian varieties which tend to be more purple than black.

Black Beauty Eggplants are the most commonly grown eggplant in America. Plants produce up to 6 large fruits, occasionally more if kept well fed, watered and harvested.

Black Bell is a hybridized eggplant which includes many sub varieties.

Dusky hybrid eggplant is a hardy hybrid that is very similar to Black Beauty Eggplant in appearance and taste.

The original Long Purple eggplant is an Old World Italian Heirloom and prized in European Cuisines as Black Beauty is in American. There are several hybrid impostors that are not actually heirlooms – but their characteristics are similar and in some cases superior so far as disease resistance is concerned.

Rosa Bianca Eggplant is a Sicilian Heirloom that reaches 4 to 6 inches in diameter and 5 to 7 inches in length. Good for slicing, baking, stuffing or roasting.

Slim Jim is an Open Pollinated Eggplant that produces a fruit that turns from lavender to purple once mature. Reaches 4 – 5 ” in length, plants reach about 3 feet in height. 70 – 75 days to maturity.

White Eggplants – you might want to consider one of the egg shaped varieties. Some people say there is a taste difference – white eggplants being a bit milder and fruitier – personally I don’t discriminate based on color and don’t really see much of a difference in taste – so once you go black – sure you’ll go back [and forth]. In the eggplant realm the whites are the minority, but a novel deviation.

The absolute best of the full sized White Eggplants in my opinion is Casper Eggplant. It’s taste is undeniably different, not just a subtle difference but a scrumptious variation. If you’ve ever read anything about these eggplants, you’ll see them being described as tasting like mushrooms, and that is perhaps the best way to describe them. They actually do taste like Mushrooms – certainly don’t taste like chicken.

Cloud 9 Eggplant is a prolific hybrid white eggplant. The fruits are between 5 and 8″ long. Cloud 9 produces more prolifically and is easier to maintain than Casper, but the taste is not as good. It’s still a good eggplant comparable in taste to most standard varieties.

Ghost Buster Eggplant is a hybrid White Eggplant very similar to Casper. They grow 6-8 inches in length and are fat and oval. It is very thick skinned and the skin should be removed before cooking. It is sweeter than purple and black varieties but can’t compare to Casper in this department.

is another popular white variety. It produces clusters of glossy white Eggplants that are harvested at 3-4″ in length.

A few other white varieties include “Blanche aubergine”, also known as Albino, “White Beauty,” and “Tango”

Easter Egg eggplants can be considered a white variety, but they also produce multi-colored egg shaped fruits and are listed further down on this page under Exotic varieties. Read More on White Eggplants at White Eggplant Varieties

Increasing in popularity are the Asian varieties that hail from China, India, Japan, and the Pacific region. Asian cuisines use of eggplant differs substantially from western cooks and their produce reflects that.

One of my favorite Asian varieties is Ping Tung Eggplant from Taiwan. The Fruits are long and purplish, about 2 inches in diameter and up to a foot and half long. It is more tender and a tad sweeter than most eggplants.

Thai Kermit Eggplant is small green and globe shaped. It is harder than most other eggplants.

Apple Green Eggplant, as the name implies, is green like a granny smith apple. It is a reliable and rapidly maturing variety. An added plus is that it is fairly easy to grow although not as disease resistant as some hybrids.

Red Ruffled Eggplant also known as Hmong Red eggplant is my favorite red eggplant. It looks like the byproduct of a Menage a trois between a tomato, pepper and eggplant – if that were at all possible.

Easter Egg Plant is grown both for ornamental purposes, as well as edible, it produces an abundance of multi colored Easter egg like eggplants that are not only tasty but picturesque.

produces slender 4 -6 inch eggplants that grow in clusters of 3 or more. Best harvested before full maturity for optimal flavor. 65 – 70 Days to maturity.

Striped Toga Eggplant are borne in small clusters on a 3 – 4 foot bushy perennial plant. They start out yellow and gradually morph to Orange with green stripes. Grown largely as an ornamental they are also as edible as any other eggplant is.

Egg n Chips plant produces eggplants above the ground and below the surface it produces Potatoes. Like its cousin the Tom-Tato, it is NOT A GMO, it is very simply – an Eggplant and Potato plant grafted together.

Some other exotic varieties to consider are Tsakoniki, Brazilian Oval Orange, Diamond, and Rosita 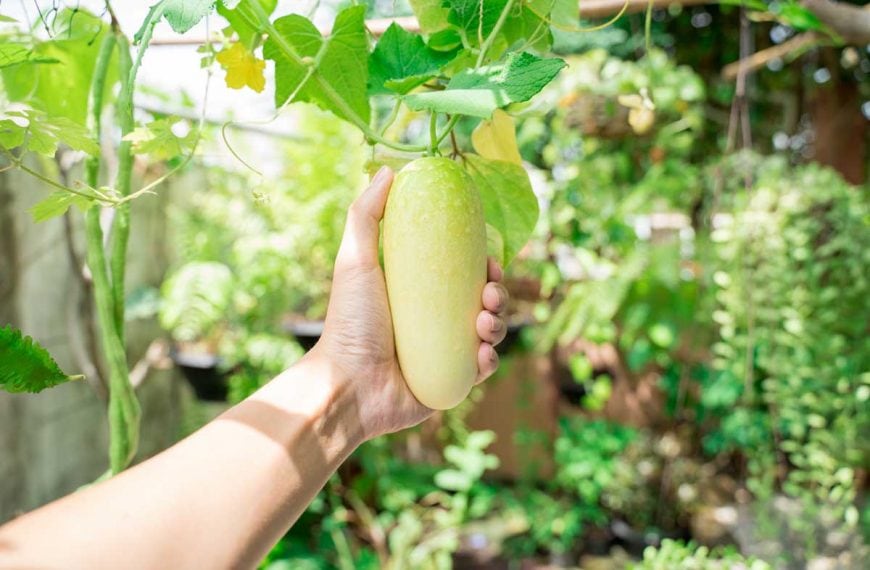 3 Causes for Cucumbers Turning White and How to Prevent It 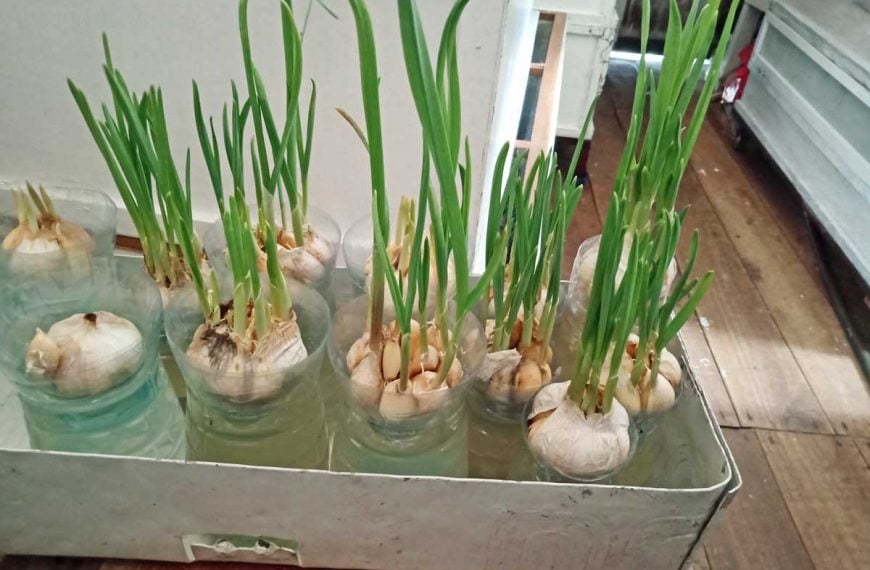 How to Grow Hydroponic Garlic