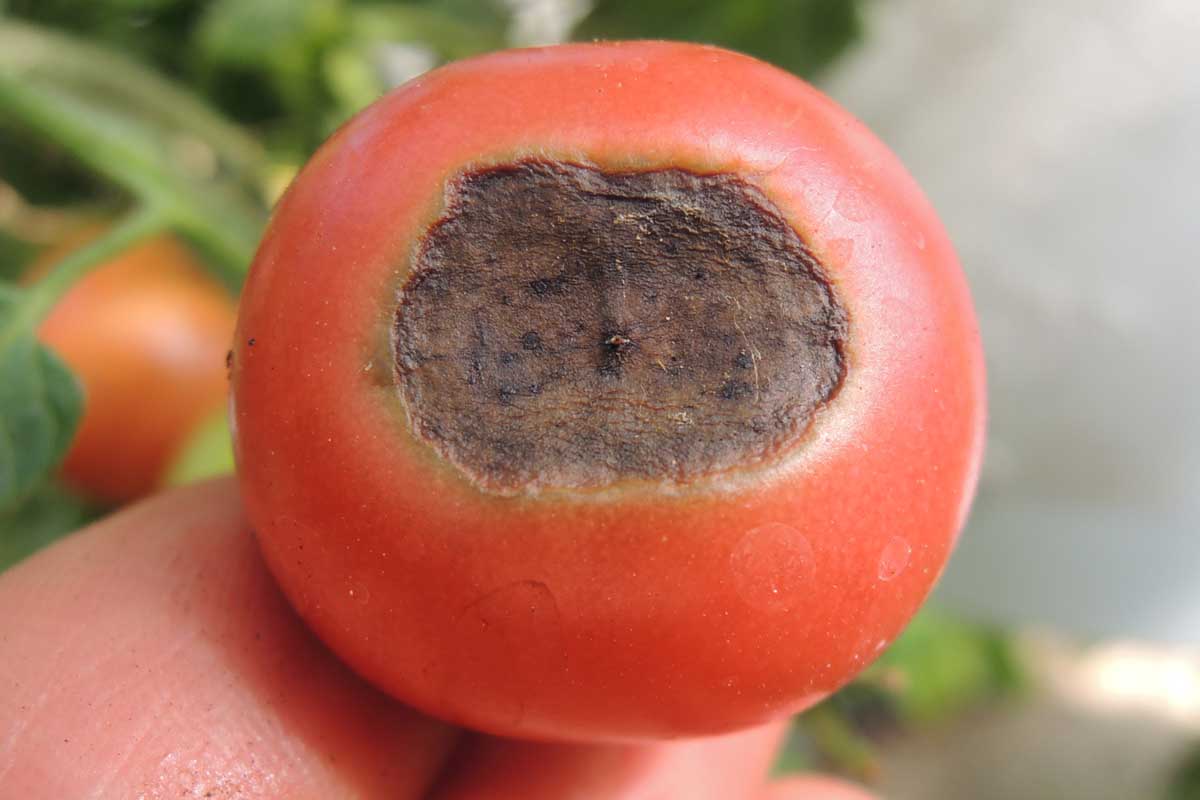 Blossom end rot is caused by a calcium deficiency. Calcium Deficiency in garden plants can also cause yellowing, pale and curling leaves, and stunted growth.

Nightshades such as tomatoes, eggplant and pepper as well as curcubits and melons are more prone to blossom end rot than other crops.

Generally the first visible sign of blossom end rot is a depressed rot spot on the end of the fruit / vegetable. Once the fruit shows signs of end rot, it is advisable to get rid of it.

You can also cut off the end of the fruit to try and salvage the rest, just be certain there are no secondary opportunistic fungus or mold present. To salvage the developing fruits You should start applying Blossom End Rot Concentrate  to help protect future fruits.

All plants require calcium, Vegetable plants that are actively producing particularly need a healthy flow of nutrients to set and develop fruit.

When they are unable to draw enough calcium from the soil the tissues on the blossom end break down which causes the sunken rot spots on the fruits and veggies.

There are several reasons that a plant can be deficient in calcium . The most obvious being that the soil is lacking in it. However, even when sufficient calcium is present in the garden soil the plant is sometimes unable to draw on it.

When the soil pH is too acidic (low pH) or alkaline (high pH), nutrients present in the soil become locked-up or unavailable. Correcting the pH has the same effect as applying fertilizer as it unlocks plant nutrients already present. Plants lacking in calcium are also more susceptible to edema.

Excessive fertilizer, particularly high nitrogen fertilizer is another cause. Too much nitrogen promotes the development of foliage and rapid vertical growth. The plant will actually grow faster than the calcium is able to circulate, hence it is unavailable where needed.

Excessive nitrogen during early the fruiting stage , especially nitrogen from ammonia will also tie up calcium in the soil leaving it unavailable to the plant – basically a double whammy.

Irregular watering and fluctuating moisture – drought and over saturation – will also reduce calcium uptake into the plant.

Blossom end rot can not be cured in fruit that has already set, but can be averted in fruits and vegetables to come.

The first thing to check is the soil ph, a low pH is a very common cause of calcium deficiency. Various plants have varying optimal pH ranges, but as a rule of thumb in MOST vegetables 6.2 to 6.8 is the range needed to free sufficient calcium into the soil chemistry.

If the pH is too low you’ll want to add lime to the soil which not only frees up available calcium by adjusting the pH – but also contains calcium which increases levels in the soil. See Tracking and Adjusting Soil pH for correct dosage and further info.

Crumbled eggshells contain a large amount of calcium, as well as trace amounts of nitrogen. Some gardeners crush eggshells into fine particles and add them to the bottom of the hole when laying in transplants.

This is just dandy, but it probably won’t benefit the current seasons garden very much as eggshells take too long to break down in the soil to be of immediate benefit. See – Egg Shells as Fertilizer

Epsom Salt has been suggested to help prevent blossom end rot. Epsom salt is more useful against magnesium and sulfur deficiencies but will also help to a lesser extent with calcium.

When planting or transplanting add a tablespoon per each hole scattered evenly within the hole.

As the plant matures, a light occasional foliage spray will work – 1 tablespoon of Epsom Salt per gallon of water.

You can also work in a tablespoon of epsom salt per foot of plant height around the base of tomato plants, slightly less in eggplant and Peppers. Don’t get carried away with epsom salts – it has negative effects when used excessively. All things in moderation.

Bone meal is also helpful, but not a cure all – it has moderate amounts of nitrogen, and calcium and higher amounts of phosphorus which are generally released into the soil at a slower rate than synthetic fertilizers. One application per season, generally at planting time is sufficient.

Sprays such as Rot Stop can be applied weekly or bi-weekly. Most of these sprays are not a long-term fix, but can help to salvage a crop until long term measures kick in.

For horticultural oil to be most effective it must come in physical contact with the pests. Horticultural oils are safe to use around people, pets and wildlife but is toxic to fish. 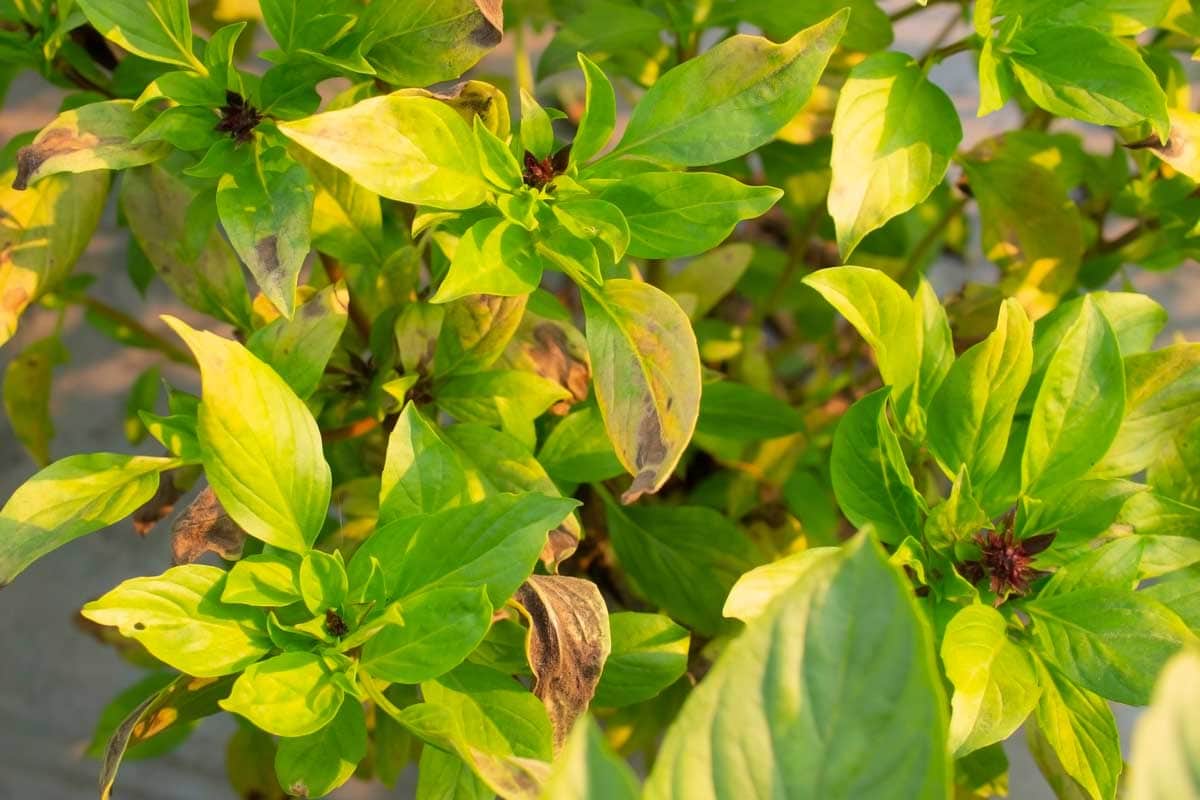 What Causes Basil Leaves to Turn Yellow? And How to Fix It?