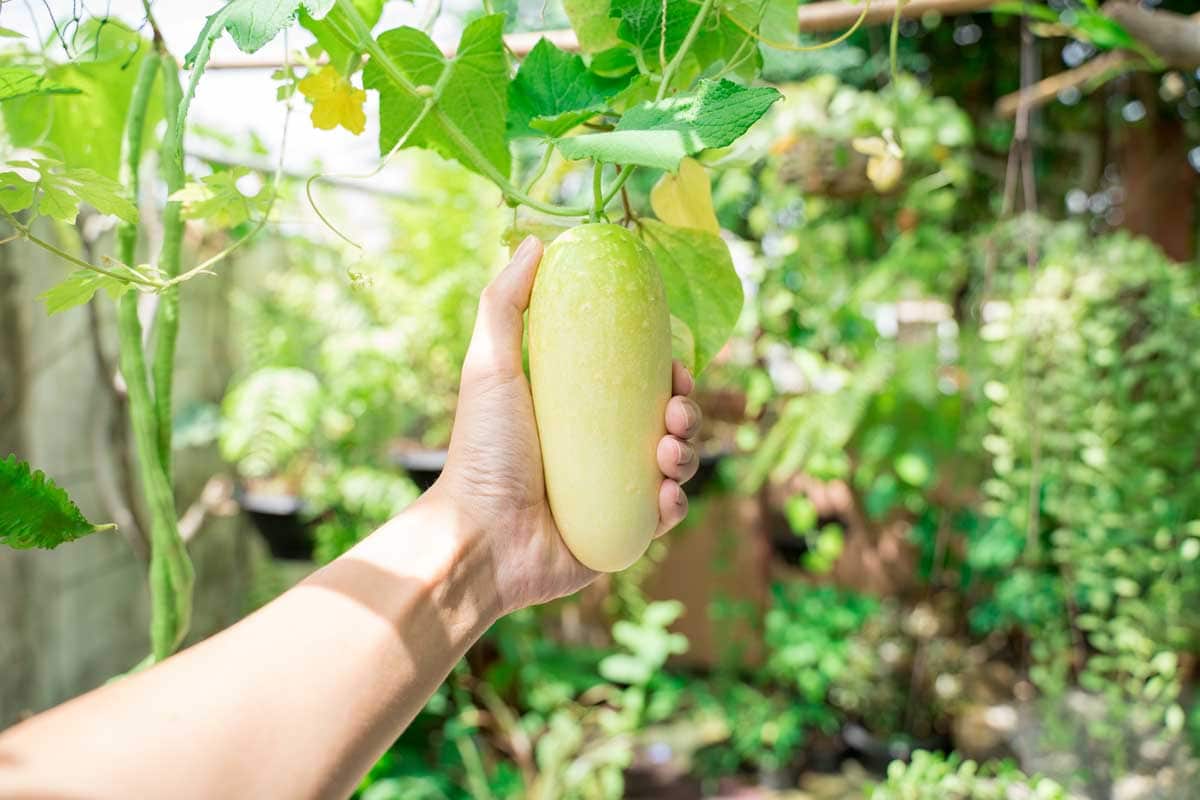 If you planted standard green cucumbers and they turn white instead you have a problem.

Powdery mildew will start towards the upper surface of the fruit, where it is attached to the vine, and gradually spread across the entire fruit.

As the name of the disease implies the mildew is powdery and will leave a residue resembling fine baby powder on affected areas of the plant and fruits.

Any cucumbers that have been infected with powdery mildew should be discarded and not in the compost heap, put them in the trash. To minimize its reoccurrance the garden areas affected must be made less hospitable.

If need be thin plants to allow for adequate air circulation. Avoid watering in the evening and try watering in the morning instead. Plants watered at dusk will remain damp all night – which is a condition conducive to the growth of fungus. Watered in the morning they will dry during the sunlight hours. If feasible, you might want to consider a Drip Irrigation System.

There are a number of products which can be utilized to control and or eradicate Powdery Mildew. See: Fungicides for the Treatment of Powdery Mildew.

If powdery mildew is not the reason your cucumbers are turning white another possibility is blanching.

Blanching is the result of over-shading of the cucumber fruit itself. You may have very healthy looking vines with lush foliage, but the cukes are buried in all those leaves and receive no, or very little sunlight themselves.

The fruit as well as the leaves of cucumber plants need light. It should not be completely shaded – just shaded a tad.

If you prune the foliage back a little to allow for circulation and sunlight don’t get carried away, leave a little shade or you could end up with sun-scald of your cukes.

Excessive moisture can also result in white cucumbers. Water leaches nutrients out of the soil. Lacking essential nutrients , the cucumbers will become pale yellow or white.

A high phosphorous fertilizer can help to rectify this.

Are White Cucumbers Safe to Eat?

It’s best to avoid eating any cucumbers that are affected by a fungicide. If they are white because of excessive moisture or due to blanching, they may be ok to eat but lack in flavor. When in doubt, throw them out.

How often should hydroponic nutrient solutions be changed