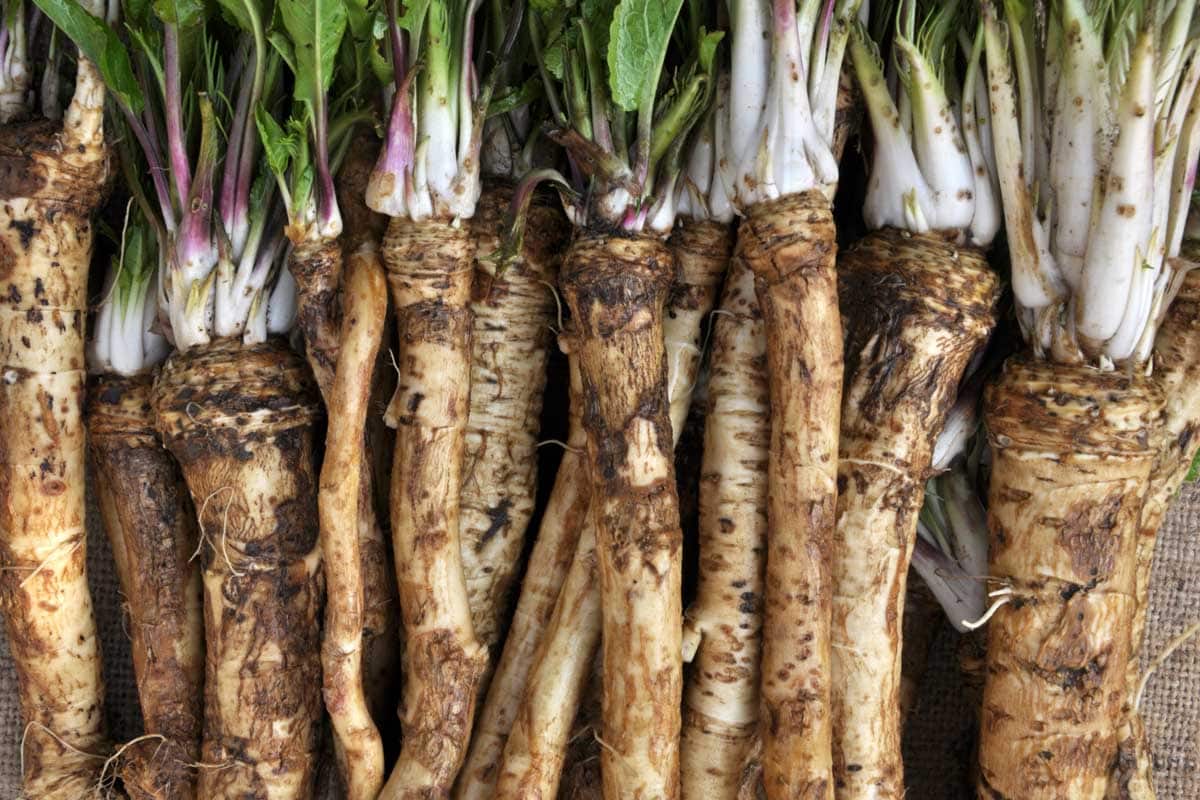 Horesradish plants need no help in spreading once they have become established. They are quite invasive and have been known to conquer huge swaths of territory in a single season.

Because of its invasive characteristics dividing horseradish roots becomes necessary. Horseradish root division should be done in the Autumn, once all the foliage has dried and died.

Digging up the Horseradish Plant

One method sometimes used for gathering root cuttings is to partially expose the plants roots and harvest a few side shoots from the main taproot with a pair of snips.

You’ll want to water the plant well once you’ve done this to expedite its recovery. This method sometimes leads to other problems and the most popular and advisable method is to dig up the entire plant.

To dig out the plant, loosen the soil around the plant base you plan to dig up. Carefully lift the plants from the ground with a pitchfork if you have one, if not a shovel will suffice.

If you’ve ever harvested potatoes with a pitchfork the process is pretty much the same. Carefully pry the entire plant from the ground so as to wreak minimal root damage. Shake and crumble off as much of the clinging dirt from the roots as you can and then Wash the rest off with a garden hose.

You’ll need a sharp knife, any tools you use should be sterilized before your horseradish ‘surgery’. Rubbing alcohol will work well for this task, but soap and water will suffice. Both would be best, soap and water followed by alcohol.

A pair of gloves would also be advisable, as you are well aware horseradish juice can be a tad irritating to the skin.

The main central taproot of the horseradish should be left as unmolested as feasibly possible. You can either replant it, store it, or grind it up for a culinary endeavor.

The thinner side roots coming off the taproot should be cut into 6 to 8 inch long sections that are at least 1/4 inch in diameter.

Plant the root cutting upside down at an angle, with the top of the cutting about 2 inches below the ground. Spacing should be 2 to 2.5 feet apart in all directions.

Put some water in the hole with the cutting before covering it over. Once your cuttings are covered water them again thoroughly, be sure the water saturates the ground to a depth of about 3 or 4 inches. You’re not making a duck pond but you want the ground wet wet wet for now at least.

Once watered place a healthy layer of organic mulch such as bark, wood chips, straw in the space between the plantings but leave a separation of an inch or two between the mulch and where the cuttings are planted.

Crown cuttings are simpler than root cuttings. For crown cuttings, cut the plant into equal sections. All portions should have a fair share of both foliage and roots.

Replanting the crown is pretty much the same as planting a transplant, be sure to water them thoroughly as described under root cuttings [above] and mulch them well also. 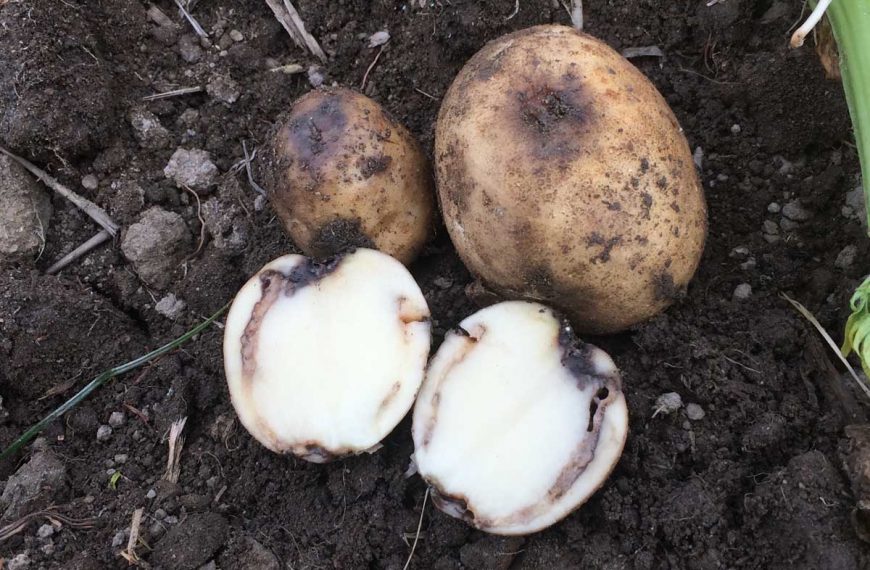