Epsom salt is frequently suggested to treat Magnesium deficiencies, not only in conventional soil-based gardening but in hydroponics as well.

Epsom salt is magnesium sulfate, it is comprised of magnesium, sulfur, and oxygen. All three of its core elements are essential to healthy plant development.

Magnesium is the central element of the chlorophyll molecule and is essential for photosynthesis, as well as Sugar synthesis and the plants Nutrient uptake. Sulfur is also an essential element in plant development, it is needed to produce amino acids, proteins, and plant enzymes.

Sulfur gives more pungent vegetables such as onions, garlic, and even broccoli their distinct flavors. Sulfur is essential, but nutrient issues are rarely a problem.

Magnesium is one of the most common deficiency issues facing hydroponic gardeners. It is also among the easiest nutrients deficiencies to correct. You can supplement magnesium with Epsom salt, either in the nutrient solution or as a foliar feed.

When purchasing Epsom salts for use in a hydroponic setup be sure to read the label ingredients. There should be no added ingredients – dyes, perfumes, and so forth that are usually deadly to plants. The Epsom salts should be pure unadulterated natural Epsom salts.

Also be aware that epsom salts and table salts, although they are both salts are not the same thing. Table salt is Sodium Cloride, Epsom salt is Magnesium sulfate, table salt will kill your plants.

Epsom salts when not properly used can wreak havoc. Before adding any to your system you first want to be certain that your pH is in the correct parameters.

If your pH is out of kilter and you add Epsom salts you run the risk of burning your plants and creating additional problems. Too much Epsom salt, in addition to fouling up the pH also has a tendency to dry out root systems.

You flush your toilet to rid yourself of your bodies waste product, flushing your nutrient solution is also a good idea.

It is advisable, but not 100% necessary that you flush out your system before adding Epsom salts. Reservoir, conduits the whole nine yards should be flushed and new [quality] water added.

How Much Epsom Salt Per Gallon of Water Hydroponics?

Run simply straight water and 1 tablespoon of Epsom salts per gallon of water for 2 -3 days. Flush it out a second time and refill it with the nutrients you generally use.

If you are not ready to go so far as flushing and refilling and flushing again you can also try foliar feeding with Epsom salts which has also proven effective in many instances.

For foliar feeding use at roughly 1/3 the strength you would use when adding to the reservoir. Dissolve the salts in hot water, allow the water to cool to room temperature before spraying on the plant leaves.

Used in aquaponics, so long as it is not used in exorbitant amounts is actually beneficial to the health of the fish. It is sometimes used in aquariums to treat infections.

For aquaponic systems add it directly to the fish tank in diluted quantities.

How to Recognize Magnesium Deficiencies in Hydroponics

Leafy Vegetables such as legumes and beans or green leafy veggies and herbs will produce healthy yields when magnesium is deficient. However the yields will not be as good as they woulda, coulda, and shoulda been able to. Other vegetables such as tomatoes, peppers, eggplant or fruit bearing crops need higher levels of magnesium for optimal growth.

Magnesium deficiency is not always spotted until it becomes severe, sometimes too late. Common symptoms include stunted growth a yellowing of the foliage, leaf curl, and poor taste quality in the fruits – [sugars are not properly concentrated]- hence you get a lack of sweetness, a bitterness, and overall undesirable flavor in many crops.

After prolonged periods of magnesium deficiency, necrosis – Death and or degeneration of plant tissue occurs, which causes foliage and other parts to darken and wilt. You will also notice premature dropping of older leaves . In mild cases of Mg deficiency plants produce small, fibrous and woody fruits. Magnesium deficiency is sometimes mistaken with zinc or chlorine deficiencies, the symptoms are very similar. 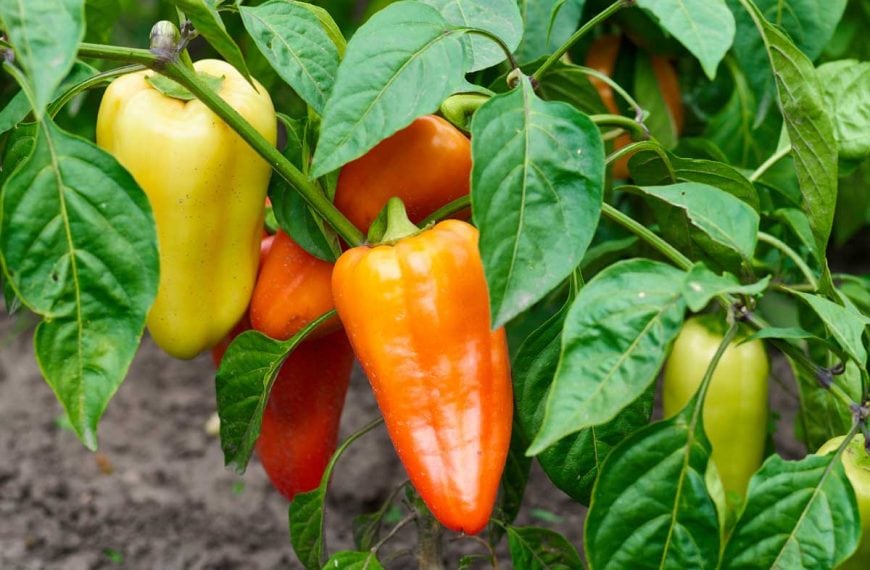 Growing Peppers: A Guide to Planting and Caring for Pepper Plants

The Hydroponic Radish: How to grow High-Quality Radishes Indoors