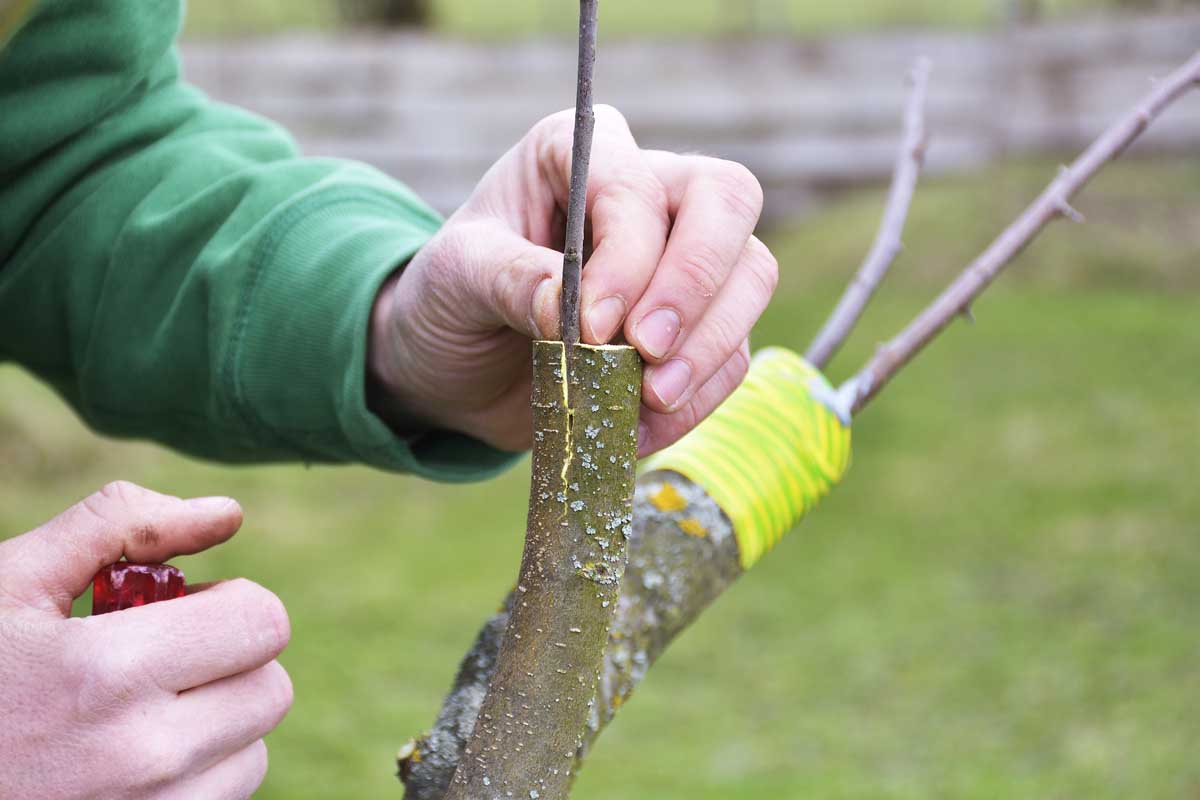 The seed from an apple will produce another apple tree, not a peach tree or a citrus tree.

By cutting back the branches and top of a grown, mature tree and budding or grafting parts of another tree onto it. you can create new varieties.

This is called “top-working”. An unwanted variety can be changed to produce desirable fruit by grafting in a preferred variety / cultivar. Grafting is also used to repair injured fruit trees.

Although older trees can be topworked, Mature Trees under 5 years of age are best suited . Older trees must be cut at a much higher point.

The tree that is being grafted onto supplies the root system for itself and subsequent grafts and is referred to as the root-stock.

There are a number of techniques in which a section of a stem with leaf buds is inserted into the stock of a tree.

The 3 grafting styles most useful to a home gardener are Whip, Cleft, Saddle Graft and Chip Grafting. Other methods include the Bridge Graft, which is used to repair damaged or diseased trees and Bark Grafts which are best left to professionals.

Topworking: Cutting back the branches and top of an established tree and grafting part of another tree onto it.

Scion: A piece of last year’s growth with 3 – 4 buds; the part that is inserted on the understock.

Understock or stock: The part on which the scion is inserted; the part below the graft.

Rootstock: That part of a tree which becomes the root system of a grafted tree.

Cambium: The growing part of the tree; located between the wood and bark. Cambium lies between the bark and wood of the stem. It can be defined as plant tissue whose cells actively divide to form new tissues that cause the plant to grow.

Cultivar: Denotes a cultivated type of plant. A fancy word for “variety” preferred by horticultural snobs.

Grafting Techniques and their Purposes

Used primarily on young fruit trees such as apple and pear while the branches are still less than 1/2 inch in diameter and the understock is about the same diameter as the scion of the new cultivar that is being grafted on.

Grapes and a few other graftable plants are done slightly differently.

Cut off the understock diagonally at the desired point exposing a flat surface 1 to 2 inches long. The cut should be made by a single straight stroke of the knife, try not to ‘hack’ or otherwise mutilate the scion or understock.

Starting about two-thirds of the way from the heel of the “toe” of the diagonal cut that you just made , make a cleft running on a slight angle towards and through the center of the stock to form a thin “tongue.”

Repeat the above process with the scion, being careful to make the cut in such a manner that the buds point upwards .

Secure the stock and scion together with waxed yarn, slipping the end under the first and last loop at each end of the tie. in place of waxed yarn , some growers use raffia.

Encase the union with Grafting Wax or a tree wound compound, covering all cut surfaces thoroughly.

The cleft graft is generally used for topworking older established trees, {apples, cherries, pears, and peaches} either on the trunk of a small tree or on the side branches of a larger tree.

1.If grafting to branches they should be 1 to 2 inches in diameter.

2. The grafts should be made within 2 to 3 feet of the trunk.

3. Grafts should not be more than 4 to 6 feet from ground level, any higher and the new tree top will be too high.

4. Cleft grafting should be done during the winter or early spring while both the scion and rootstock are dormant.

5. The rootstock used for cleft grafting should be from 1 to 4 inches in diameter and straight grained.

6. The scion should be about 1/4 inch in diameter, straight, and long enough to have at least three buds.

7. Scions that are between 6 and 8 inches long are generally the easiest to use.

The stock should be cut clean, smooth and vertical. The cut should be perpendicular to the main axis of the stem to be grafted. Using a clefting tool , make a “cleft” through the center of the stock going down 2 to 3 inches. Remove the clefting tools wedge and stick the pick end of the tool into the center of the cleft to keep the stock open while inserting the scion.

Insert one scion at either end of the cleft, with the wider side of the wedge facing outward. The cambium of each scion should contact the cambium of the rootstock. Cambium lies between the bark and wood of the stem. It can be defined as plant tissue whose cells actively divide to form new tissues that cause the plant to grow. If the scions are not properly placed in contact with this tissue – your graft will fail.

Once your Scions are properly placed carefully remove the clefting tool and pressure from the rootstock will hold the scions securely.

Thoroughly seal all cut surfaces with Grafting Wax to keep out water and fungus as well as to prevent drying. The temperature of grafting wax should be hot enough to flow, but cool enough where it won’t kill or damage plant tissue. You may find some sealants easier to use as they don’t require heating

Assuming that both scions take, one generally grows quicker than the other. Here’s the hard part – after the first growing season, choose the stronger of the scions and prune out the weaker one. I always hate doing this – it’s sort of like having twins and euthanizing the weaker of the two.

Saddle grafting is a simple technique which can be done quite rapidly. The stock can field-grown or potted. Both scion and rootstock should have equal diameter. Use saddle grafting on dormant stock in mid- to late winter. Stock should not be more than an inch in diameter.

Sever the top from the rootstock and create an indented cut which should resemble an inverted V, with the surface of the cuts ranging from 1/2 to a full inch long. Once you’ve done this several times you can generally make the cut with 2 opposing strokes of the grafting knife instead of trying to notch away at the stock

Reverse this technique to prepare the scion as shown in the figure to the right. Place the V-notched scion onto the saddle of the rootstock.

Assuming that the rootstock and scion are of equal diameter, cambial alignment should be automatic, otherwise adjust as needed. Remember, if the scions do not line up with the cambia your graft will probably fail.

Wrap and seal the graft with grafting tape, then seal it with Grafting Wax or sealant. 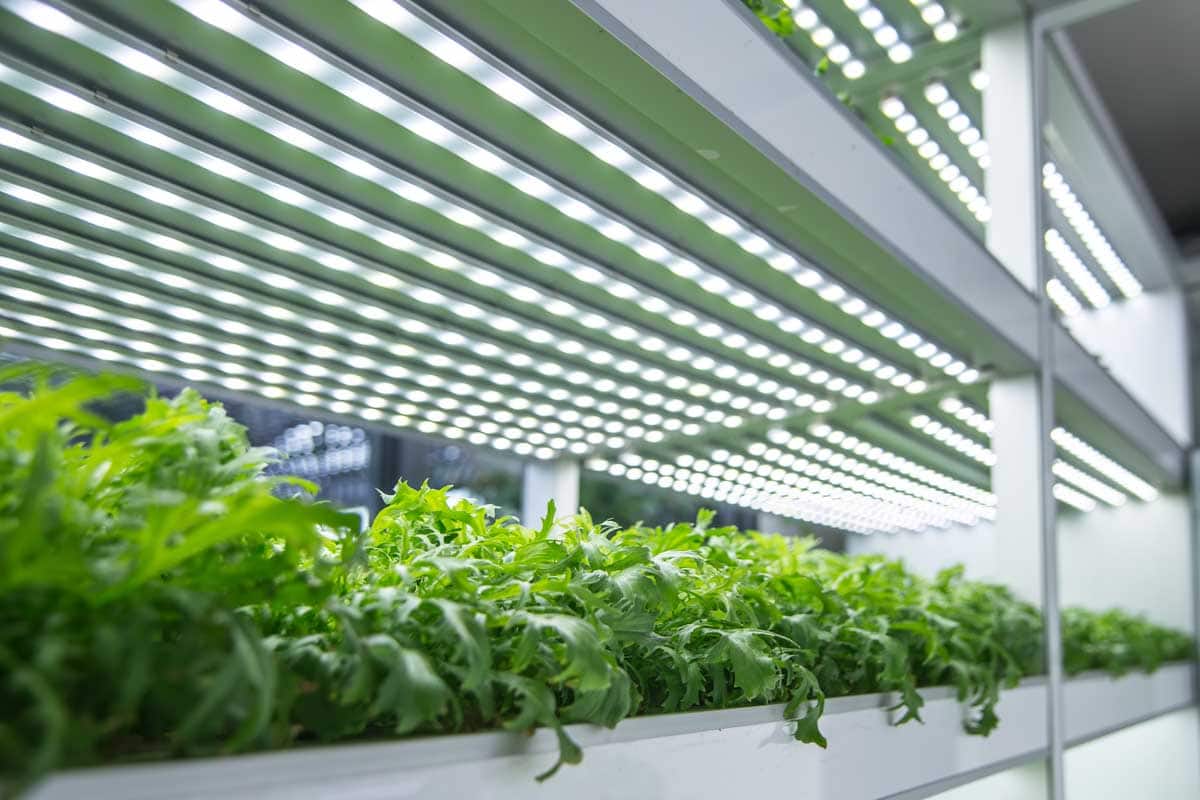 Learn About Lighting for Indoor Gardening 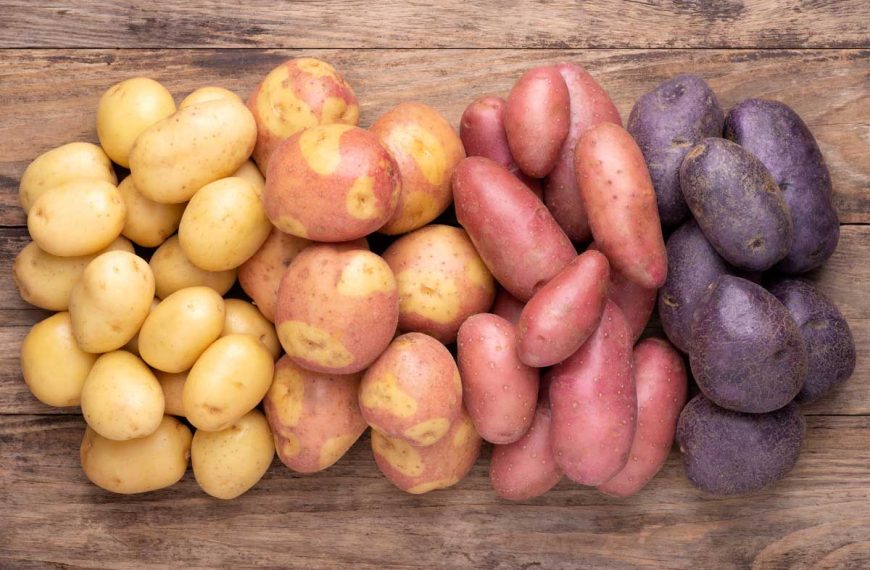 The Best Potato Varieties to Grow at Home