Blue-berried honeysuckle fruit is a very berry tasting little tidbit. A hint of Raspberry, a hint of blueberry and a tiny tad of tartness like black currants.

It is somewhat tolerant of wet soil conditions so long as the soil is not clay and is otherwise well drained.

Full Sun is best , partial shade is tolerable but will cause a decease in berry yield. Although they are cold tolerant, they are not tolerant of high winds which is a consideration if you are in such a location, a windbreak would be a good idea.

It is not self pollinating, you’ll need at least two plants of varying cultivars for pollination and fruit set.

Due to the height of many cultivars, they make an excellent landscaping shrub and fit well into manicured hedgerows.

Birds like these berries, so you may need to protect them with netting. Bees are also attracted to them in much the same fashion as true honeysuckle bushes.

There are Russian and Japanese versions. The Russian varieties are reportedly hardy in USDA zones 2 to 4, and the Japanese in 2-6. There are also multiple sub-varieties and improved cultivars.

During the plants first few years, deep watering is necessary to ensure the establishment of a healthy root system.

Blue-Berried Honeysuckle should start producing in its second season, but only modestly. By its 3rd to 4th season it should be producing berries in abundance and continue doing so for several decades, it’s life expectancy is 25 – 30 years.

For a mature healthy plant at its peak you should expect to get from 5-7 lbs. of berries. Harvest in mid to Late Summer. Unripe berries are bitter. The berries ripen from the outside in – they will turn blue on the outer surface before they are actually fully ripe inside.

If the berries are still green inside, don’t eat them. It won’t kill you – but it certainly won’t titillate your taste buds either. Ripe berries are a deep purplish red on the inside.

To grow from cuttings – softwood cuttings appear to be the most successful. To grow from seed – yeah okay – it can be done – the seeds are tediously tiny – much like blueberry seeds and will only germinate after a deep chill. Try leaving them in a freezer for 3-4 months before planting. The best bet for gardeners is to buy shrubs already started.

Chances are you shan’t find these at any local nurseries. There are some available online Amazon, Burpee, Michigan Bulb company all offer cultivars under the accolade honey berry. 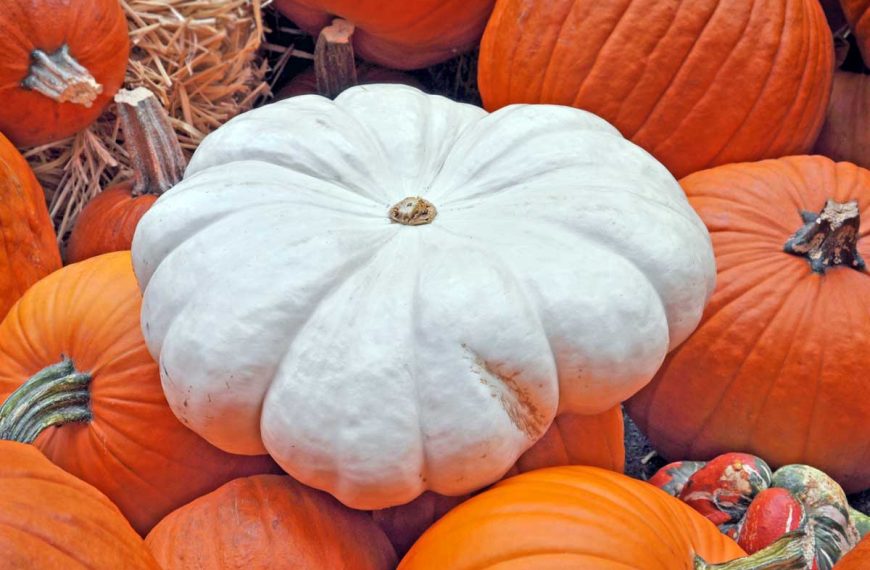 Find These 6 Types of Pumpkins in South Africa