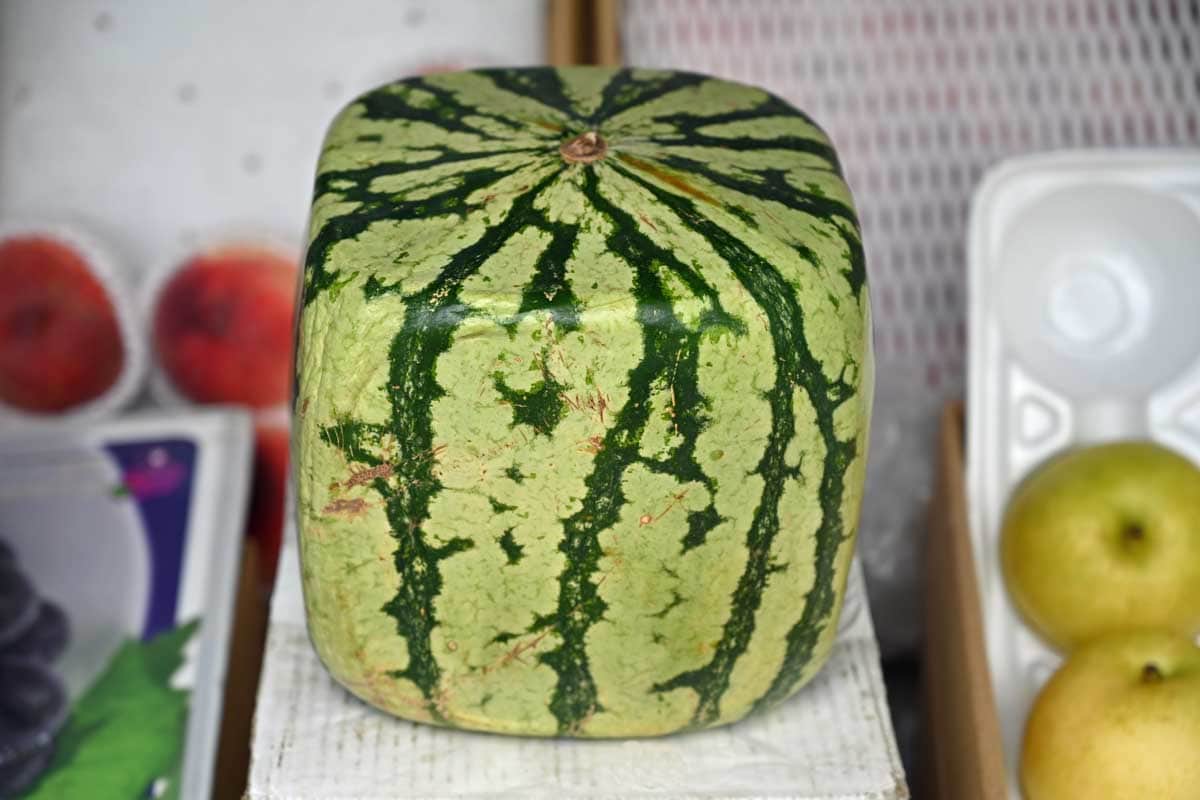 Square watermelons are not a new or different breed of watermelon. They are common everyday garden varieties of melons grown in a different way.

A method pioneered in Japan, to make the watermelons more shippable. Normal watermelons leave a lot of unused airspace when being shipped, square melons however, with their corners all meeting tightly when packed together, leave less airspace and allow for more melons per shipping container. That didn’t actually pan out, however the square watermelons they produce fetch ridiculously high prices of $70 – $80 each.

For the home gardener or small farmer they are now sometimes grown as a novelty. I tried a few and was happy with the results. I am experimenting with some pumpkins this season.

Any type of watermelon will work, but a smaller, quickly maturing variety works best.

Watermelons such as Yellow Doll which matures in 65 to 70 Days and weighs in at 6 to 8 lbs.

Sugar Babies – my personal favorite Black-tail Mountain watermelon which matures in about 70 days and weighs about 12 lbs. are all well suited for this endeavor.

Plant your watermelons as you normally would – if you’re new to growing watermelons See- Planting Guide for Watermelons.

The size of your container or mold should be slightly smaller than the actual anticipated volume of the mature watermelon.

Once the melons begin to grow on the vine, place them into the squared containers.

Don’t place the container over the watermelon in such a fashion that will deny the melon the sunlight and air circulation it needs, rather, you should gently place the melon into the box.

The ideal home-made container is plexi-glass squared on all sides and the base, and either open on the top, or fashioned in such a way as to allow ample air flow. Watermelons can also be grown with wooden or translucent plastic boxes that allow for the penetration of some sunlight and adequate air circulation. The plexi-glass is best.

One problem you may encounter is that the watermelon gets too big for the box.The Japanese who pioneered this technique generally remove the melon from the box when it reaches about 19 square centimeters. They of course were growing full size standard melons. On smaller varieties use your judgement, as it approaches maturity.

How to Plant and Grow Tasty Tomatoes