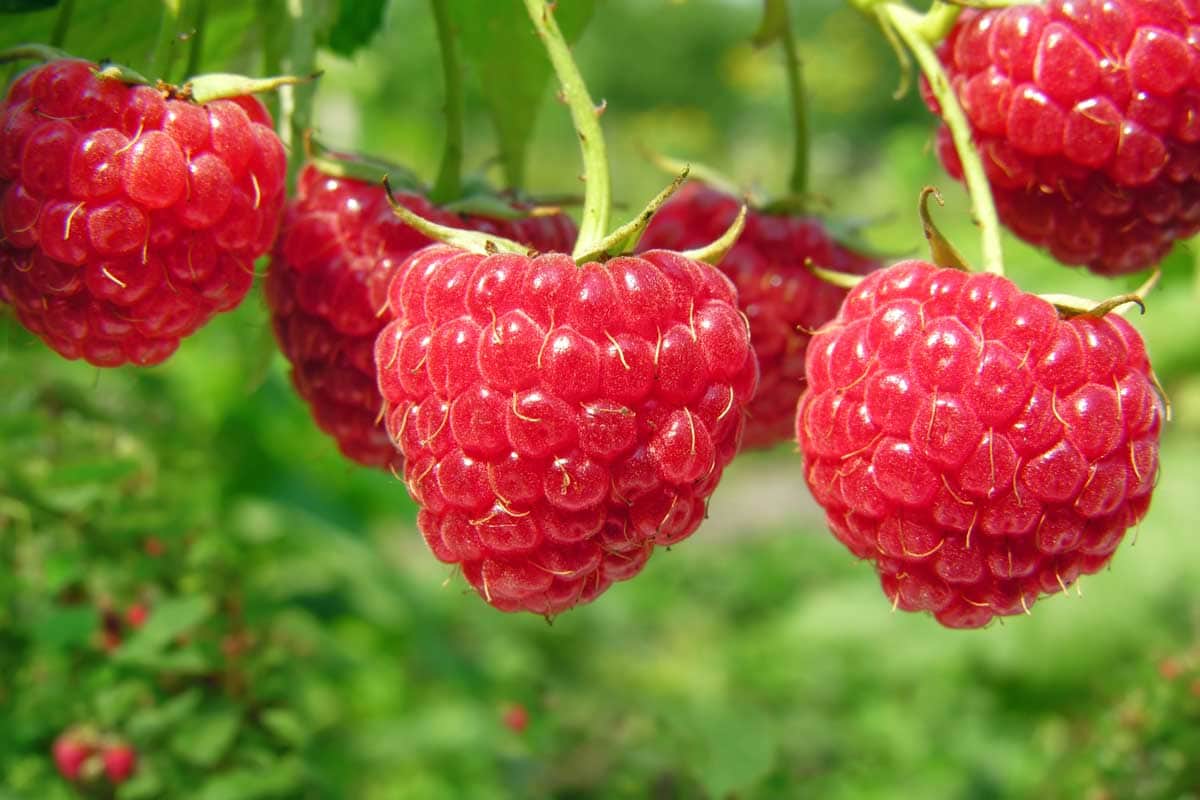 Raspberries, Blackberries, Boysenberries are diverse and delicious berries with a multitude of uses. They are high in fiber, antioxidants, vitamins and numerous minerals; the juice contains vitamin C; and the seeds contain vitamin E.

Most varieties are not consistently found in the local grocery as their soft texture and short shelf life makes them commercially nonviable. Growing your own is the best way to ensure you don’t miss out.

Ideally Raspberries and all brambles should be grown on a site with full sunlight, however they will tolerate partial shade if need be.

Ideally, Raspberries prefer a well drained loam soil, high in organic matter, with a deep and well drained subsoil, but they will tolerate a wide range of soil types.

Avoid Soils that are heavy in clay and or salts. Raspberry plants require good soil aeration and are very susceptible to root rots. Soil pH should be between 5.5 and 6.5

The raspberry plants should be set slightly deeper into the soil than they were in the nursery. Red raspberries are planted 2 inches deeper while black and purple raspberries are set 1 inch deeper than previously grown.

Destroy neighboring wild raspberries or blackberries to prevent disease from spreading to your plants.

Don’t plant raspberries in proximity to, or where tomatoes, potatoes, peppers, or eggplant have been grown within the past four years, these plants carry Verticillium root rot that will also attack raspberries.

Holes for your raspberry plants should be relative in size to their root balls. Space holes about 2 feet apart. and space the rows 8 to 12 feet apart , this of course may vary dependent upon which planting system you use, linear, hedgerow or the hill system.

Place one raspberry plant in the center of each hole. Back fill the holes and compress gently . Water vigorously after initially transplanting – I didn’t say to build an Ark , just give the plants a healthy saturation.

Hill system – Plants are sown in hills, wide spacing 8 -10 Feet , weed control by cultivation between and within row, recommended for gently sloping areas. Good for black and purple raspberries.

Hedgerow system – Plants are grown in continuous rows about one to two feet wide to form a hedge. Control by cultivation confined to one direction. Space saving, good for varieties that produce a lot of suckers. Good for red and yellow raspberries.

Linear system – A modification of the two above, no suckers are allowed to grow by cultivating the width around the parent plant. Good for black and purple raspberries.

A raspberry plant laden with fruit is top-heavy and needs support to keep it from falling over. A Trellis is used for training raspberry plants. Trellising affects competition with suckers, plant growth , harvesting methods, fruit quantity and quality, and pest management.

Raspberries use a lot of water when bearing. About 1 1/2 inch of water per week and more during hot weather.

A lack of water is a serious problem during the time from just before fruiting through the fruiting period. Watering is most critical from the time the fruit begins to show color until picking has been completed.

Inexpensive Water timer systems are available. A Drip Irrigation System or soaker hose is best if possible. A good mulch around the plants will also help conserve moisture.

During non-fruiting seasons, raspberries may need water approximately every two to three weeks dependent on the weather conditions.

Cultivation should not be deeper than 3 to 4 inches to avoid injuring raspberry roots which are shallow. Begin cultivation soon after planting and then as often as needed to give good weed control.

Raspberries are pruned when dormant and after canes have fruited. The canes are biennial so a cane emerges and grows during one year then bears a crop of berries and dies the following year. An exception would be ever bearers.

Proper pruning at the correct time of the year will result in better production of raspberries and vine berries the next year.

Remove canes that have fruited right after harvest. The early removal of these canes may help control pest problems and maximize the water and nutrients available to new canes. Cut the tops back to about 6 inches. Cutting back may be done before or after planting.

Some types of red raspberries need a dormant pruning to remove weak or damaged canes. In the linear or hill systems thin the canes to 6 to 8 per hill. In the hedgerow the canes should be spaced 8 inches apart.

Some seasonal weather conditions promote new growth that will flower toward the tip of the canes and produce fruit which turns red in Late October to early November.

This late crop of raspberries generally never ripens properly and very often becomes covered with a grayish mold which, if not controlled, will often carry over to the next season’s fruit crop.

I suggest that this late fruit crop be removed as it develops, by simply picking or pruning the fruits or flowers as they show up.

Raspberries thrive best in an acidic soil, a pH range of 5.6 to 6.2 is recommended [*See Tracking and Adjusting Soil pH] In hydroponic setups 5.8 to 6.5 is recommended.

Fertilize 10 to 14 days after planting with 2 ounces of 12-12-12 or a similar fertilizer. Keep the fertilizer 3 to 4 inches from the shoots and canes.

Holly-Tone is a water soluble formula which helps fruit set and strengthens roots of black and red raspberries.

Raspberries tend to be very soft and quickly perishable, that is a primary reason they won’t generally be seen often in your local supermarket. They are not ideal for commercial operations.

Raspberries do not increase in sweetness or flavor after picking. Handle the fruit gently, and pick fruit daily during hot or dry weather.

The official consensus states that you should harvest spring-bearing varieties beginning in July and everbearing varieties in mid or late October, when the night time temperature are above freezing.

But it’s not really rocket science to know when your berries are ripe. I harvest mine throughout the season

Raspberries can be harvested all the way from mid-summer up until the first frost. The fruit is ripe when it can be readily removed from the plant without applying much pressure , that is without squashing the berry.

In some varieties, a ripe raspberry will simply slide off the bush – but try and slide more into the collection bowl than your mouth.

Fruit ripens at varying intervals, so you will be able to harvest raspberries throughout the season.

In a good yielding crop it’s not uncommon to harvest a nice yield every other day during peak yield times, and as stated earlier, it’s a good practice to pick daily in very hot and dry weather.

Raspberries grown in exposed areas , and the more tender varieties should be given some winter protection. This can be done successfully in several ways

By bending the canes over and throwing a shovel of soil on the cane to hold it down on the ground. The bent over canes should then trap snow, which gives good protection. This usually results in less winter killing and better fruiting the following summer.

In late November, cover plants with straw or leaves to a depth of 6 inches. In spring and summer, maintain a 4 inch mulch layer to reduce soil moisture loss and aid in controlling weeds. Mulching reduces the need for cultivation and will also help increase yields. 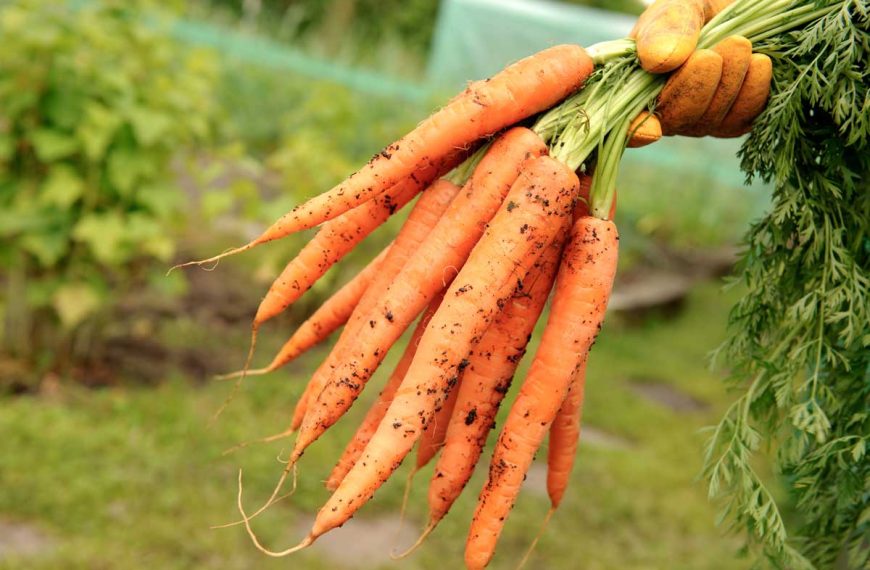