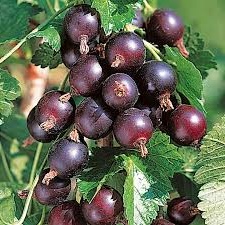 Cross between Gooseberry and Black Currants

Jostaberry, pronounced ‘Yooster Berry’ is a cross between 2 varieties of Gooseberry and Black Currants. The parent plants are the Black currant, the North American coastal black gooseberry, and the European gooseberry. This Botanical menage a trois was done in Germany in the 1970s and never took hold commercially as they can not be harvested profitably on a large enough scale. For home gardeners they work just fine.

Gooseberries were once popular in North America but back in the 1930s they were banned in many areas as they were believed to be the cause of white pine blister rust, which was decimating the logging Industry. Black Cuurants are more common in Europe and Australia than America – reason unknown.

The Jostaberry combines the best of both cultivars and produces a tasty tangy fruit on an easily grown bush. Unlike gooseberry there are no prickly thorns and its melding with currants removed the tartness, what remains is a sweet tangy but not tart relatively large berry. Smaller than a Gooseberry but larger than a currant.

The taste is comparable to a mix of concord grape and cranberry – if you can draw a palatial visualization of that. The texture is similar to gooseberry or even the flesh of a firm grape.

From its Black Currant lineage it acquired a vigorous growth habit and disease resistance enhanced beyond what gooseberry is known for. Jostaberry is resistant to white pine blister rust, American gooseberry mildew, blackcurrant leaf spot, and big bud gall mite.

The original breed from Germany has been bred further in the USA and resulted in several newer varieties with divergent flavor, appearance and disease resistance. The original Jostaberry is self fertilizing and only one plant is needed to produce, However some of the newer breeds are not self fertile and require pollination for a neighbor.

My personal favorite of the new breeds is Red Josta, it is not a true red but has some red highlights, the berry itself is black and a tad sweeter. It is highly productive. Other new breeds include Jostaki and Jostine.

They flower in early spring and bear fruit in small clusters which ripens by early summer. Winter Protection is needed in colder climates, especially those prone to spring frosts.

Propagation is best done by cuttings when available

The biggest problem with Jostaberry is that Birds love them, they are attracted to them more so than standard currant or gooseberry or any of the other small fruits and berries. Protective measures such as netting or deterrents is advisable.Cold and frost in the spring will result in poor cropping. 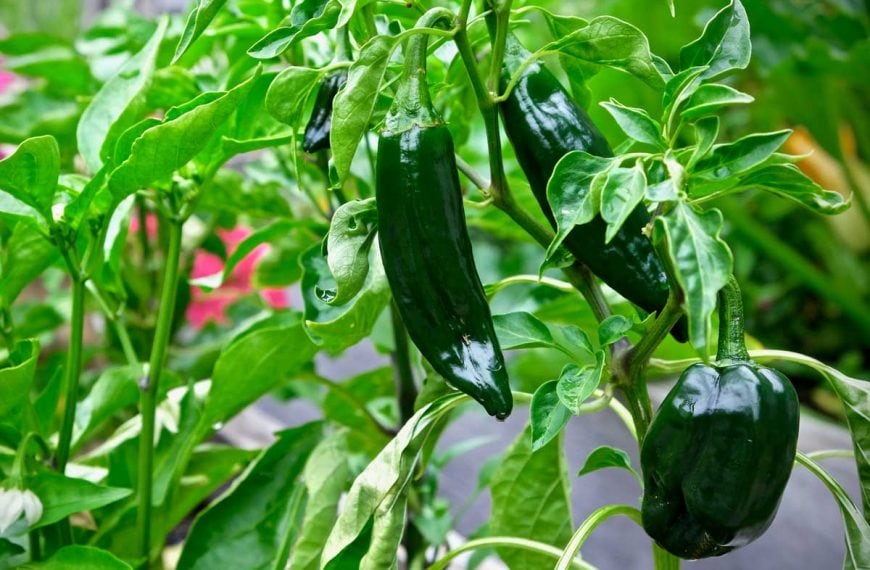 How to Plant and Grow Poblano Peppers