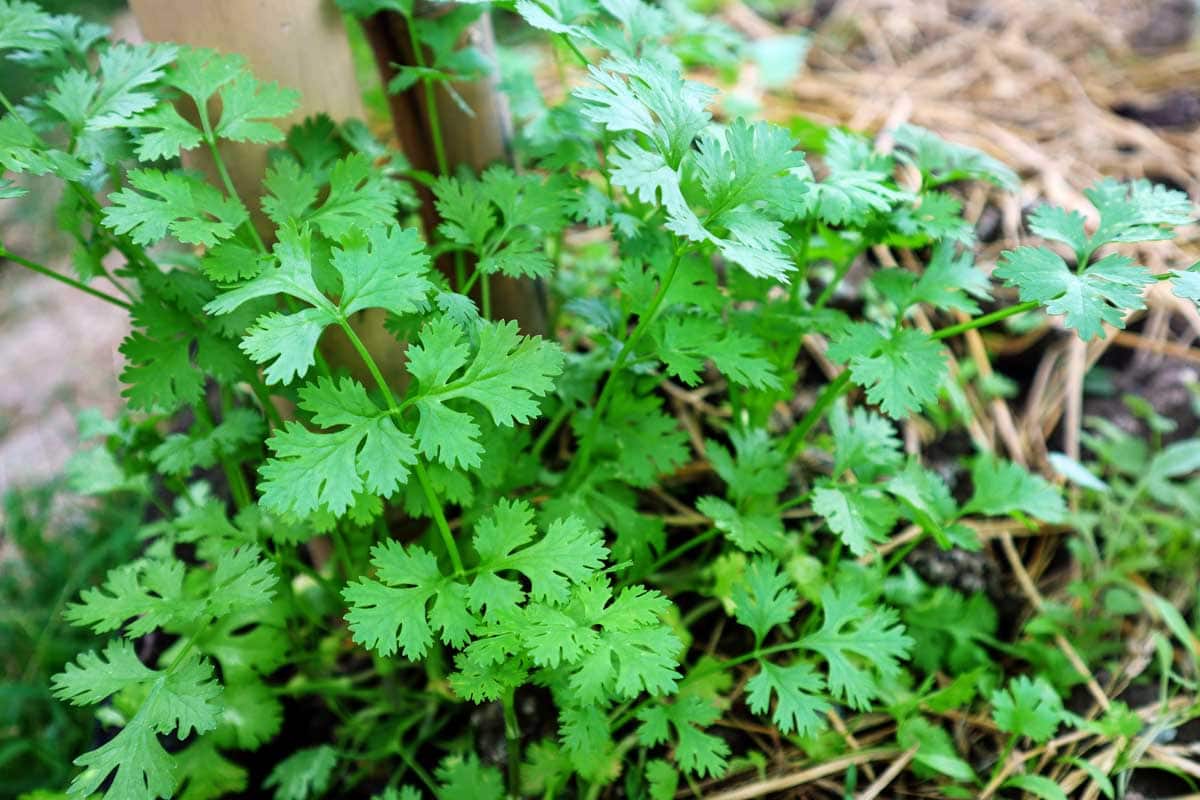 Cilantro is a versatile spice, in the culinary world, it is used in dishes as diverse as oriental, where it is called Chinese parsley, to Latino, American and Italian.

Cilantro actually produces two spices coriander seed and cilantro leaves. Cilantro grows fast in the cooler days of spring and fall, the drawback to this is that it has a tendency to bolt to seed, before the leaves can be harvested, this makes cilantro somewhat tricky to grow.

Once it has bolted , the quality of the leaves for culinary purposes is degraded. This is not a total loss, because the seeds are coriander seeds – also prized for their unique flavor.

As the days gets warmer cilantro plants will sprout up a long flower stalk bearing flat umbrella like pink or white blossoms which produce coriander seeds.

Cilantro should be planted in an area devoted exclusively to herbs where it can easily reseed, or in a far off corner of the vegetable garden or landscape. Mulch cilantro’s roots to keep cooler, this will help to keep it from bolting rapidly.

Give Cilantro its own space where you can harvest, engage in very minimal maintenance, then harvest again. Harvest while it’s still low, before it bolts, cut down the tall overgrown plants after the seeds drop to make room for the next generation.

Cilantro should be grown in full sun, but like most herbs will tolerate partial shade, particularly in hot regions.

In hot regions, space the plants 1 foot to 1 1/2 feet apart in the autumn or early spring about a month before the last frost.

Cilantro is notorious for self seeding. As seeds drop to the ground, new plants frequently emerge during the same season as the parent plant and also the following spring.

While this is not an entirely bad thing it sometimes becomes difficult distinguishing the cilantro from weeds , and can also lead to over crowding if not maintained.

Although I generally recommend Cilantro be given its own space, if you are going to interplant it in your garden . Cilantro is benefited by nitrogen fixing plants, plants that add nitrogen to the soil, such as beans, peas, legumes.

Cilantro has a relatively shallow root system and shouldn’t be planted near plants that require a deeper cultivation.

To prevent wilts and mildew, be sure to keep the garden area free of plant debris, remove and destroy any infected plants as soon as possible.

A Tidy Garden is a Happy Garden

A. Proper sanitary practices are vital to the health of your garden. Proper sanitation can help to ensure disease-free and productive gardens.

B. Try to keep the garden free of any diseased dead or damaged plant materials. Remove cuttings from pruning and trimming and either destroy them – if diseased, or send them to the compost pile. Leaving rotting fruits and vegetables in the garden is like a written invitation to unwanted pests and diseases.

C. If a diseased or dead plant part has to be cut, the microorganism that caused the problem is probably on the tool you just used. Like a surgeon, sterilize all tools by washing in soap and water – rubbing alcohol wouldn’t hurt either. If you pinch off diseased plant parts, wash hands before handling any other plants.

E. Make sure that any compost you put in your garden is completely decomposed to prevent disease organisms that it may contain from spreading.

Harvest the coriander seed when it is dry, crumbly and brown. Snip the seed heads and place them upside down in a paper bag or similar container. Within several days, the round seed husks will dry and split , dropping the corriander seed inside.

Cilantro leaves can be harvested continuously in the spring and fall as well as winter in hot regions. Harvest cilantro leaves by snipping off the leafy stems near the ground level. Cut only about a third of the plant at any time.

As the plant is maturing it will appear somewhat scrawny with small sparse foliage, and flimsy secondary leaves. The greener news leaves are best , they are preferable over the feathery secondary leaves, which are frequently bitter.

After every 3rd or 4th harvest a side dressing of bone meal or fish emulsion should be applied. 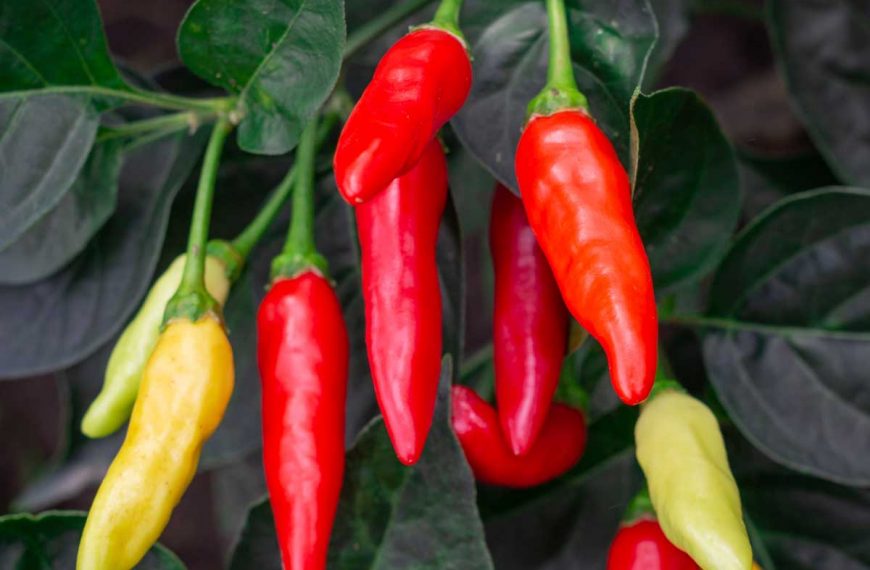 How to Plant and Grow Tabasco Peppers