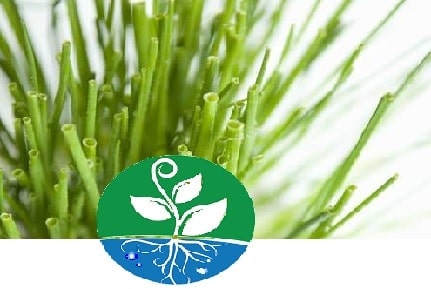 Both Onion and Garlic Chives thrive in a hydroponic scenario. They are not without their own special needs but they have multiple advantages over many other plants.

Their minute stature and perennial habits add to their hydroponic viability. They will stand up to a wide range of variables in environmental conditions and continue to yield an abundant crop so long as they are properly maintained.

Chive seeds are fairly easy to plant and germinate, and they don’t take that long either – generally a little over a week. A steady and consistent moisture level should be maintained and a moisture retentive grow media employed to facilitate this purpose.

Optimal temperatures for germination are between 60 – 70 degrees F. The quickest germination being recorded closer to 70 degrees, before and after which the ratio and speed steadily declines. Seeds can be started in cubes – rockwool, Oasis Cubes or even peat pellets. They are sometimes germinated in soil cells and transplanted to the hydroponic setup as well.

Starting from Root Divisions or Clumps

For an expedited propagation, chives can be divided from an already established clump[s]. A large chive clump will produce multiple smaller plants consisting of 3 -6 bulbs each. Chives grown in soil can be divided and transplanted into your hydroponic setup.

Under standard soil based growing condition chives generally take 4 – 6 weeks to mature. In a hydroponic scenario you can readily anticipate that the rate will be slightly accelerated.

Even though they only take 4 -6 weeks to mature, it is advisable that you not harvest any leaves for the first 1.5 – 2 months, even though the plant appears mature. They should be about 6″ or taller. The plant needs to build up its root systems energy to support future harvests. Chives can be productive for several years even with repeated harvests, but they need to establish themselves first.

Keeping this in mind you are aware that it will take up a significant amount of time during which that bed could be utilized for other purposes.

Chives can be grown hydroponically using a number of methods. Vertical towers are common and work well, it is best to start from divisions in towers, but divisions are not cannonical and seeds will also work although not as easily. Seeds are a tad more difficult so it is advisable to take clumps of chives that have already been established, even if in soil, and use them for your tower.

Other systems that have been successfully used to grow chives are.

Floating Raft Systems also known as lettuce rafts. I prefer this method for planting modest amounts of chives in conjunction with other hydroponic crops. Chives possess allelopathic properties that suppresses many plant diseases. Folk lore has claimed, and science has proven that pretty much any plant you grow near chives will benefit. See: Chives Companion Planting although most studies deal with conventional gardening methods, very little is available pertaining to hydroponic scenarios.

Ebb and flow or drip systems will also work well for growing chives. Drip systems can be incorporated into grow towers and ebb and flow is workable with rafts.

I personally have had issues with trying to grow chives using the NFT / Nutrient Film technique and feel it is not worth the troubles with this crop as other more suitable modes are readily available.

As part of you routine maintenance, larger root clumps should be divided and cut back every few months to keep excessive root development in check.

Keeping excessive root growth in check will lead to a healthier plant and more abundant harvest it will also help to prevent nutrient ponding. Nutrient ponding is the accumulation of nutrient and solution in gullies and conduits created by uneven flow of liquid. Large root masses that are sometimes common with unkempt root systems can contribute to this.

Another maintenance chore necessary when growing chives, whether in a conventional garden or a hydroponic garden is trimming flowers. Chive plants exist to reproduce via flowering and will diligently work at this task. You need to be just as diligent in preventing this. Removing flowers as they bud will force the plants energy to go into producing foliage and leaves instead of flowers. A few flowers here and there aren’t harmful – but remove about 90% of them.

The foliage quality of chives that do not experience a dormant period diminishes somewhat, you would also if you worked 24/7 year round with no sleep. The life expectancy of plants that are continuously cropped also diminishes so it is advisable that plants be replaced periodically.

Chives will grow continuously so long as the conditions are favorable. Temperature, humidity and light. In nature their cue to go into dormancy is the shift in temperatures and the lower light levels that winter yields.

In a controlled environment – such as most hydroponic setups 12 hours minimum, but 14 hours of daily light is best.

Standard fluorescent lamps will suffice. High output fluorescent grow lights or compact fluorescent lights are better. High intensity discharge lights are a step up, as are LED Grow Lights. LEDs are cost effective, they use much less electricity than any other light source. Their longevity is also unparalleled, rated at about 50,000 hours, although some manufacturers are claiming 100,000 for newer versions. See – Grow Lights.

Chives grow and produce best at air temperatures of 65 – 70 degrees F. Temperatures below Below 50 F results in growth sluggish and dormancy is sometimes induced.

Above 80 degrees F and foliage growth is impaired, flower production increases. Nutrient Solution temperature is slightly different See: Hydroponic Temperature from drop down menu at the top of this article.

Basically – a standard vegetative nutrient formula will work just fine. BUT sulfur and nitrogen should be added in moderation, periodically for increased flavor, quality and production.

Chives are Alliums, all alliums do well with a pH of at least 6.0, up to 6.5. As always, you should follow the guidelines of the nutrient line that you are using to ensure that your plants are receiving the proper quantities of macro and micro-nutrients.

Sulfur – elevated levels of sulfur promotes the production of the aromatic essential oils essential for the best quality.

Nitrogen – Nitrogen is also essential, but in moderation. Nitrogen promotes the growth of foliage but excessive nitrogen will produce a lush and poor quality foliage, sometimes unpalatable. Too little Nitrogen will bring about less harvestable foliage and a lower leaf quality. It can also accelerate the ageing of the plant and severely reduce its life expectancy.

Stressing the plants for short periods with low moisture levels or an elevated EC can concentrate flavor compounds, but may also induce bolting. This is best done for very short intervals just prior to Harvest.

Harvesting Chives in a Hydroponic Garden

Once your plants have matured satisfactorily, a small amount can be harvested. Use a sharp utensil, sharp shears or scissors in order to minimize cellular damage to the plant. You want it to regenerate and produce more harvests. You should expect to see very little browning post harvest if it is done carefully.

Be like a surgeon and treat your plant like a virgin, cut for the very first time. Leaves should be gently and surgically cut about 2 inches above the plant base.

Eventually the plants, after many harvests, can become less productive, so replacing plants periodically with new seedlings or divisions is a good idea.

Chives are almost disease free. Aphids, White flies, thrips and Fungus Gnats are sometimes pests. If you use sprays such as Neem or insecticidal soap be aware that they tend to bead up on the waxy leaves, so you need to be certain it contacts the pests physically.

You can enhance the disease resistance of your chive plants by maintaining an adequate nutrient regimen and a hydroponic environment conducive to its stamina. 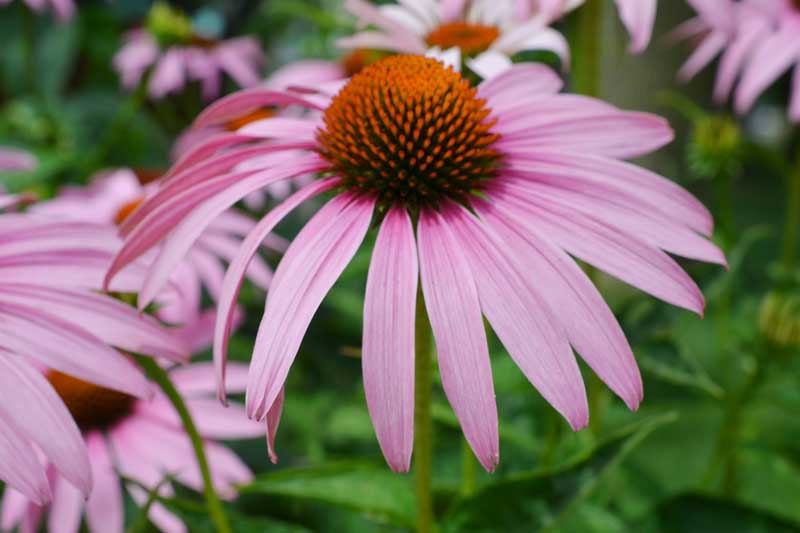