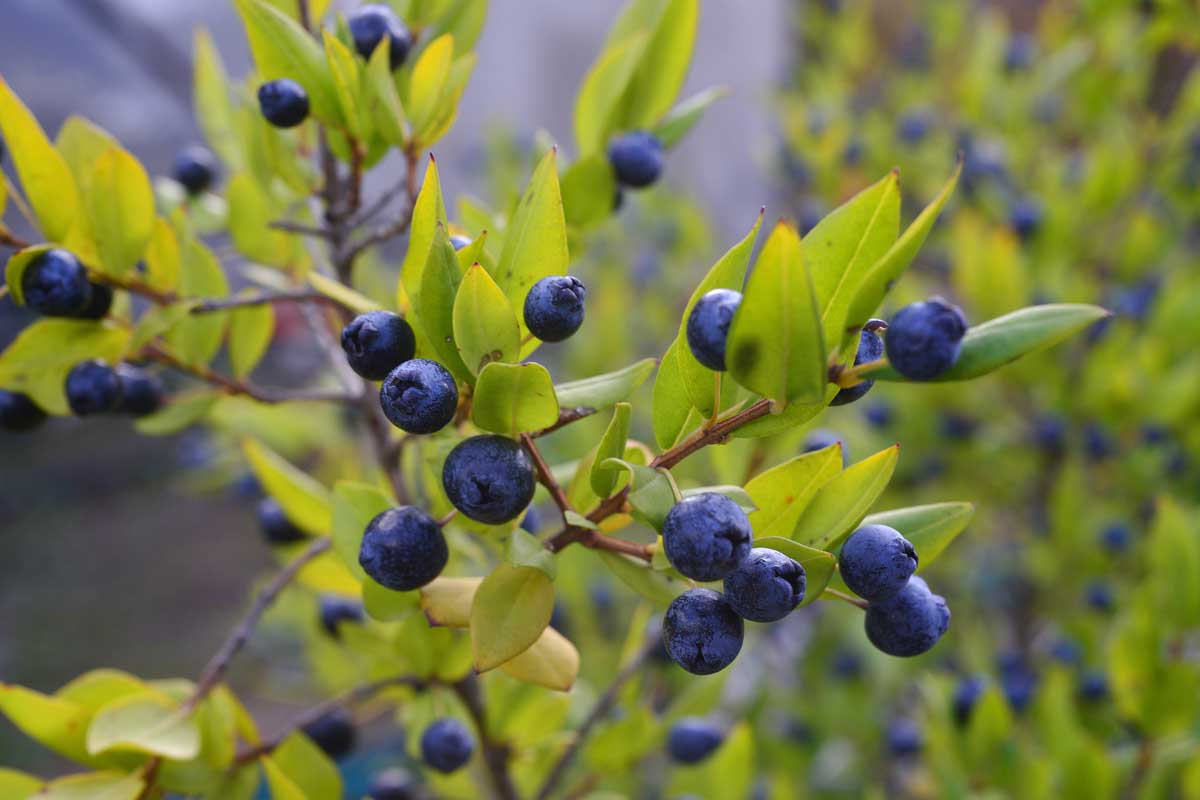 Myrtle Berries are very similar to blueberries in appearance, with the myrtle being slightly more elongated. As an edible berry, they are not nearly as popular as most berries. The taste is not all that pleasant when eaten fresh. They have a slightly bitter and astringent after taste due to the elevated levels of tannin they contain.

Myrtle requires Full Sun, very little shade, it will grow in partial shade but not nearly as well.

Some varieties attain a height of up to 14 feet, but most are only a few feet tall. Smaller varieties are advisable for container growing.

Amend with potash rich fertilizer which will serve to encourage flowering and harden the woody stems. Potting soil should be a 50/50 blend of sand and organic compost, a small amount of vermiculite wouldn’t hurt either.

They are however very useful in many culinary delights such as liqueurs, desserts, teas and preserves. Over their extended history they have been used by multiple cultures for a variety of purposes which include seasonings, aromatherapy and medicinal. Dried it is sometimes used as a substitute for pepper, such as Corsican pepper.

The berries when ripe are a deep blue, almost black, very soft and some varieties are very aromatic. The aroma is similar to sweet pine and reminiscent of eucalyptus.

Common myrtle (Myrtus communis) shrubs are frequently used for ornamental purposes in contemporary landscapes and it is easy to see why. They have an attractive jade green foliage. In the winter the shoots are at times a radiant pink.

The immature fruits at times appear in late winter and very early spring and themselves are aesthetically appealing. The berry/fruit start out a faint pink hue before maturing into the deep purple blue of the mature berries.

Myrtles can be grown via softwood cuttings or nursery stock. Starting from seed can be problematic but not impossible.

Myrtle can be grown outdoors in USDA zone 9 -11. They can be grown in an extended region if potted and transported when inclement weather strikes, they are not frost tolerant. It is drought tolerant and will grow in seaside scenarios. Chlorosis will develop if over watered.

How to Test Garden Soil