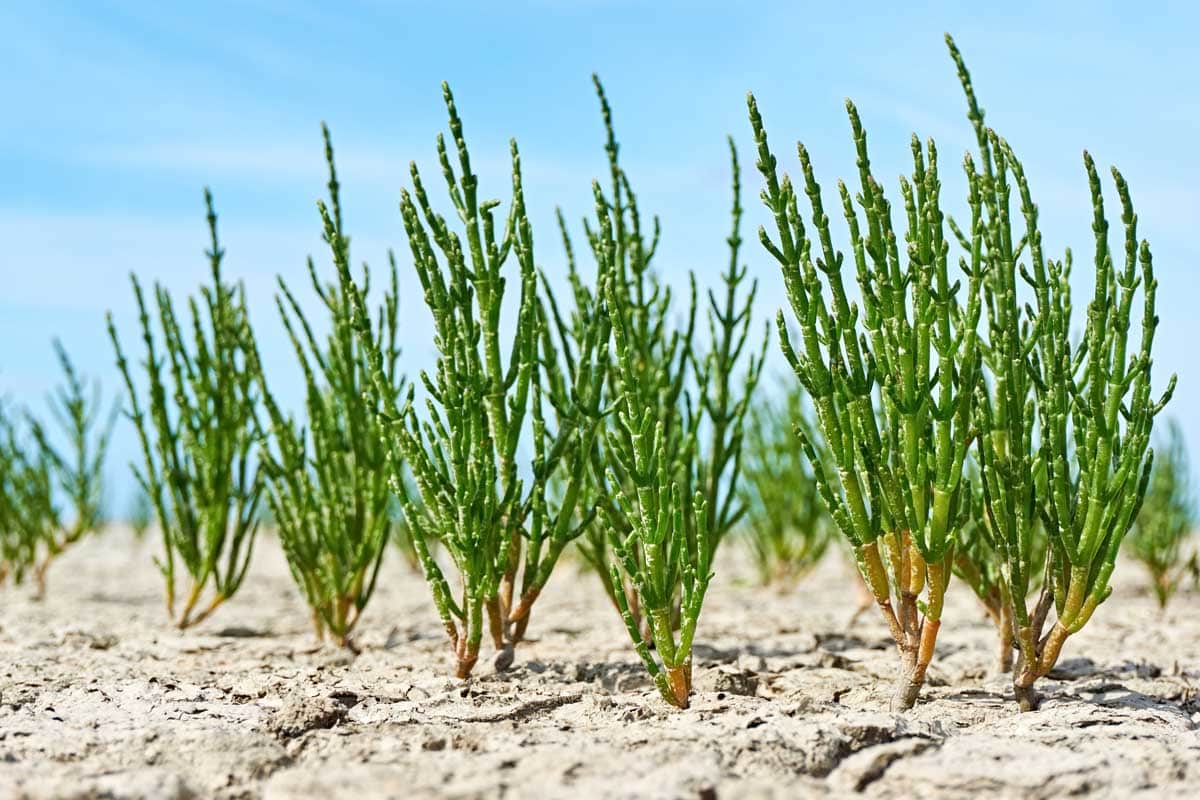 The British called this plant “glasswort” and the French called it “samphire.” The French name is the most commonly used today along with sea asparagus and sea pickle.

There are two versions: marsh samphire and rock samphire. Rock samphire is fairly rare and not easy to find. Marsh samphire, the most common, grows wild along the seashore in mudflats and salt marshes. It has been successfully cultivated.

It can be grown in containers or in the field. A light sandy soil and full sun as well as salty water are needed. A mild saline solution for watering – in imitation of its native seaside habitat is necessary. Water with a Sea Salt solution NOT TABLE SALT, table salt will kill the samphire plants.

Mix at a rate of one teaspoon per pint of water. Do not allow the soil to dry out it should be kept constantly moist.

Start indoors in early spring and transplant outside when the seedlings have reached just under an inch in height and the last frost date has passed.

The stalks are bright green and resemble asparagus spears, They only attain a height of roughly 3 inches at most, generally smaller before becoming woody and unpalatable.

They should be harvested in mid-summer – July or early August in my hemisphere [flip that for those “Down Under”]. If they are permitted to “over-mature” they become fibrous and woody and not worth eating. Leave the over mature plants to produce next seasons crop. Samphire is an annual that re-seeds itself under the proper conditions, so be sure to allow a few plants to bolt to seed to ensure a crop come next season.

Samphire can also be propagated from cuttings, if rooting in water be certain to use a slightly salty water – 1 teaspoon sea salt per pint – not table salt but sea salt. The success rate is lower than that with standard vegetables so be sure to try and root more than you anticipate planting.

Wash thoroughly under cold running water before eating. A quick blanching is also a good idea to remove some of the salt. It is cooked just as asparagus is – steamed with a pat of butter or light drizzle of olive oil is scrumptious. The taste is similar to asparagus as well – but salty.

The texture is crunchier than asparagus. It is served as a side dish with fish or served in salads. In salads, it is the best to use in moderation as its distinct saltiness can easily overpower other vegetables.

In the UK it is frequently pickled and sold as a gourmet item. 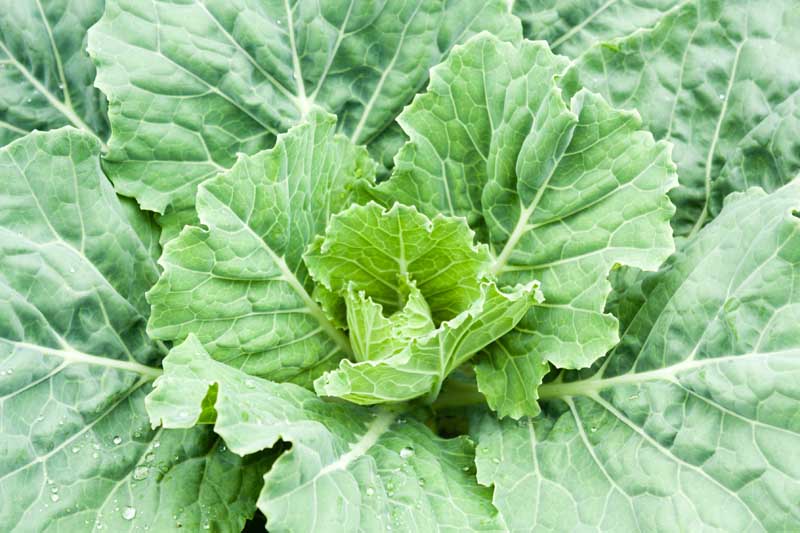 How to Plant and Grow Collard Greens 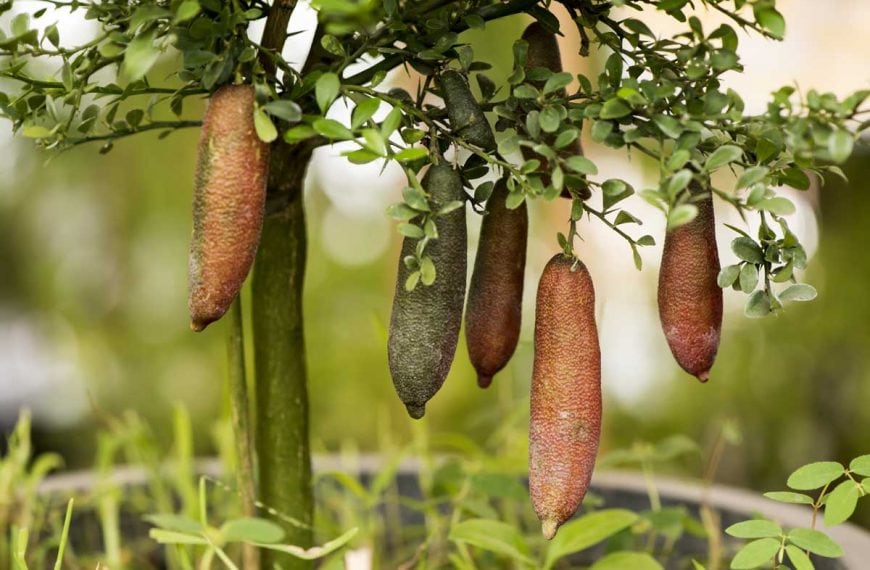 How to Grow and Care for Australian Finger Lime Trees