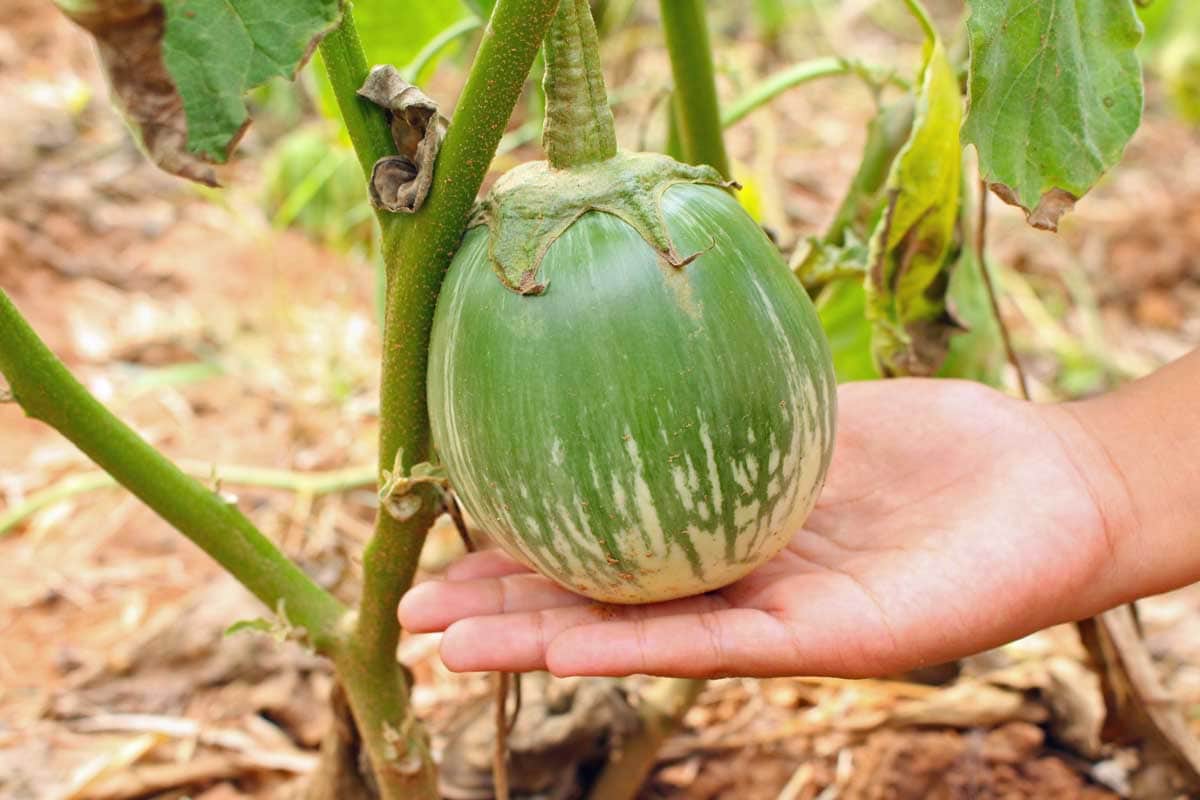 It has a green and white variegated skin and the fruit, when eaten young has an excellent flavor either fresh or cooked.

The plant is compact, height is between 2 1/4 and 3 1/2 feet. It has multiple branches which are highly prolific in producing their bounty of little green Kermit eggplants.

For best results keep well harvested, allowing produce to linger on the vine too long will slow down subsequent eggplant production. Overly ripe eggplants of this cultivar also are less appealing so far as taste goes, although not unpalatable.

The eggplants themselves are approximately 2″ round and weigh less than an ounce each. They are commonly used in the Asian culinary realm for curry dishes,stews and soups, pickled and served a la carte.

Above Average Yields so far as quantity, average yield so far as total weight.

All eggplant varieties are highly susceptible to flea beetle attack particularly early in the season. Aphids also attack these plants and come later in the season. Varieties of Aphids that attack eggplants are generally either a light blue-green or amber, sometimes black.

The outdoor environment can be very harsh for a transplant. So, harden the transplants before planting outdoors to increase their survival rate.

Place them outdoors in their original containers where they will receive direct sunlight and some wind for a few hours each day for a week, possibly more. Gradually lengthen the amount of time outside each day. Move the plants inside at night. 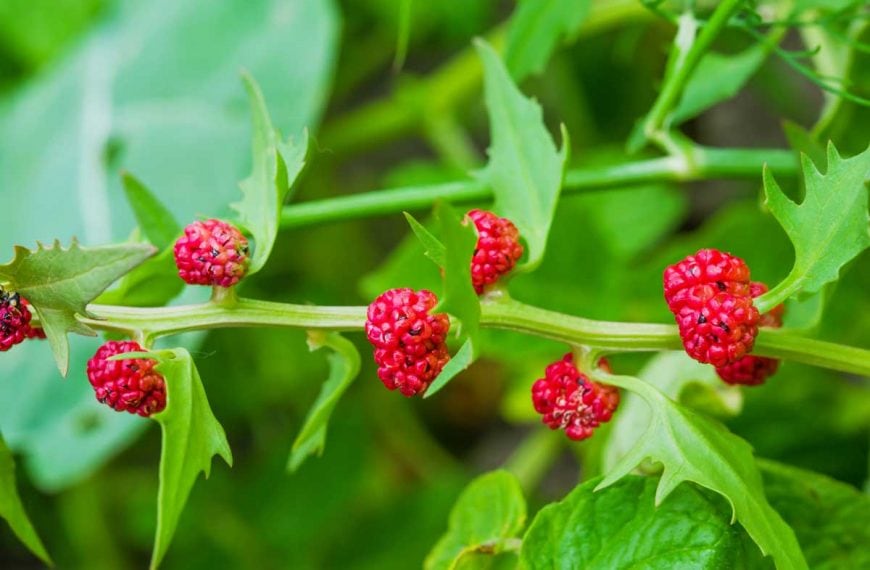 How to Grow and Use Strawberry Spinach