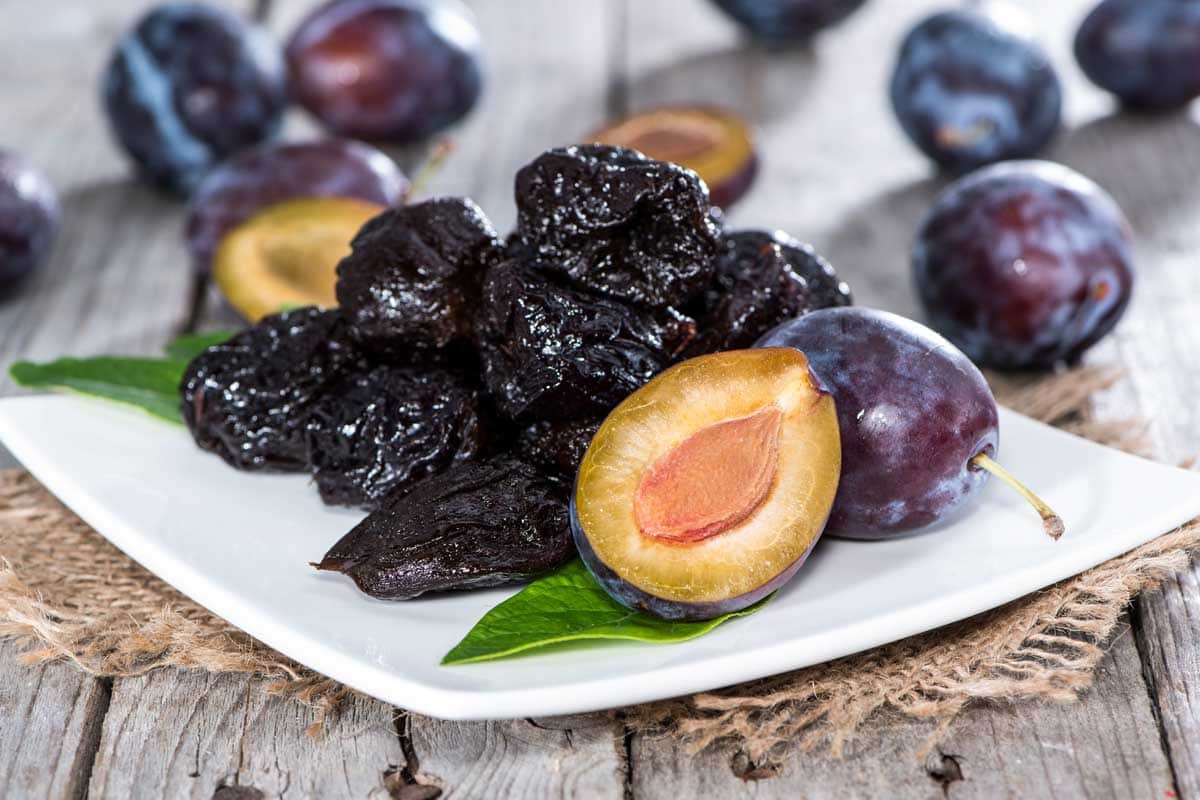 Prunes are one of the most commonly dried fruits, after raisins. They make a healthy and naturally sweet snack. Quite simply put they are dehydrated plums.

Tracing back the origin of the word “prune” when referring to dried plums, would take one to the old French word for plum which was “pronne”, pronne migrated to the English language as prune. Any way you slice it- a prune is a plum.

Any type of plum can be made into a prune, some varieties lend themselves more readily than others to this endeavor.

Dark blue oblong plums known as Italian prune plums are considered the best, not so much because they taste better, taste is in the mouth of the beholder, but because they are easier to work with. The fiber is not as dense as some varieties of plum – it dries more readily and can actually be flipped inside out by hand – without a knife – causing the pit to simply fall out.

I’ve also made some pretty tasty prunes with tart red plums ,although they did not taste all that “prune-like” they were still technically speaking, prunes.

The natural old world way was to sun dry plums, which still works – there’s still nothing new under the sun after all these years.

The best way in the modern world to make your own prunes on a small scale is with a dehydrator. Ovens can also be used.

Using a Dehydrator or Oven to Make Prunes

1. Select the fullest ripest plums you have. They should be free of blemishes and insect damage.

2. Wash your plums, slice them in half and pit them – flip them inside out by placing your thumb in the back of the half of plum on the outside and pushing gently, making the plum half invert. The plums outer skin should be the prunes inner skin. Ripe prunes work best for this chore.

3. Load your plums onto dehydrator trays, or baking sheets. leave a small separation between the plums – do not allow them to touch or overlap, 130 – 140 degrees F is best for most dehydrators. If using an oven subtract about 5 degrees.

4. Using standard dehydrators anticipate that it should take a full day – 24 hours to turn a batch of plums into prunes. Check on them periodically as your schedule allows, they should be leathery but flexible, slightly moist and a tad tacky.

You never want prunes or any dehydrated fruit for that matter to be 100% moisture free – if that were the case you would end up with some facsimile of rock candy.

If by chance you do over dry them, they can generally be re-hydrated slightly by immersing them in cool water briefly and leaving them out overnight [after taking them out of the water].

Your total drying time should be 18 – 25 hours. It can be done quicker using a higher setting but I feel the results are not as good. Some people make prunes from plums in about 10 hours. Why bother, in my opinion, when I can buy low quality prunes at the supermarket.

Prunes can be chopped up and used in any recipe that calls for raisins, craisins or other dried fruits. There are also a number of prune-specific recipes that they can be used in. Prunes preserved in red wine are a favorite of mine but there are a number of others you might want to try. 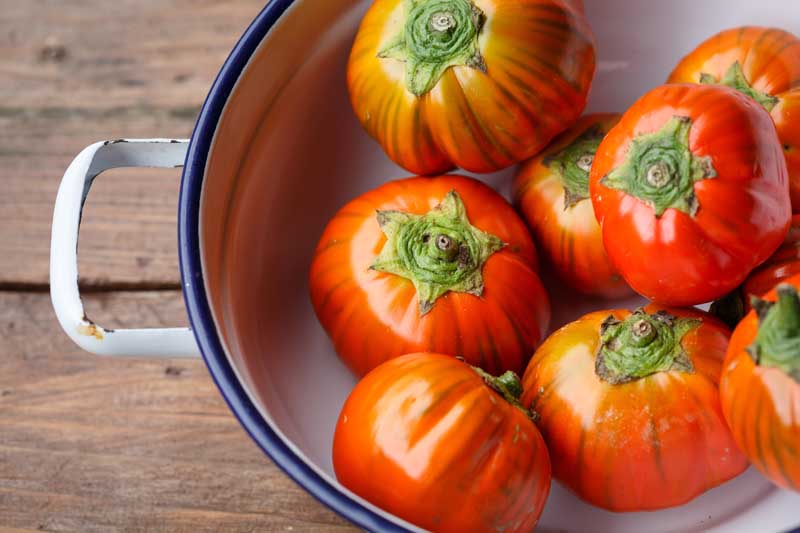