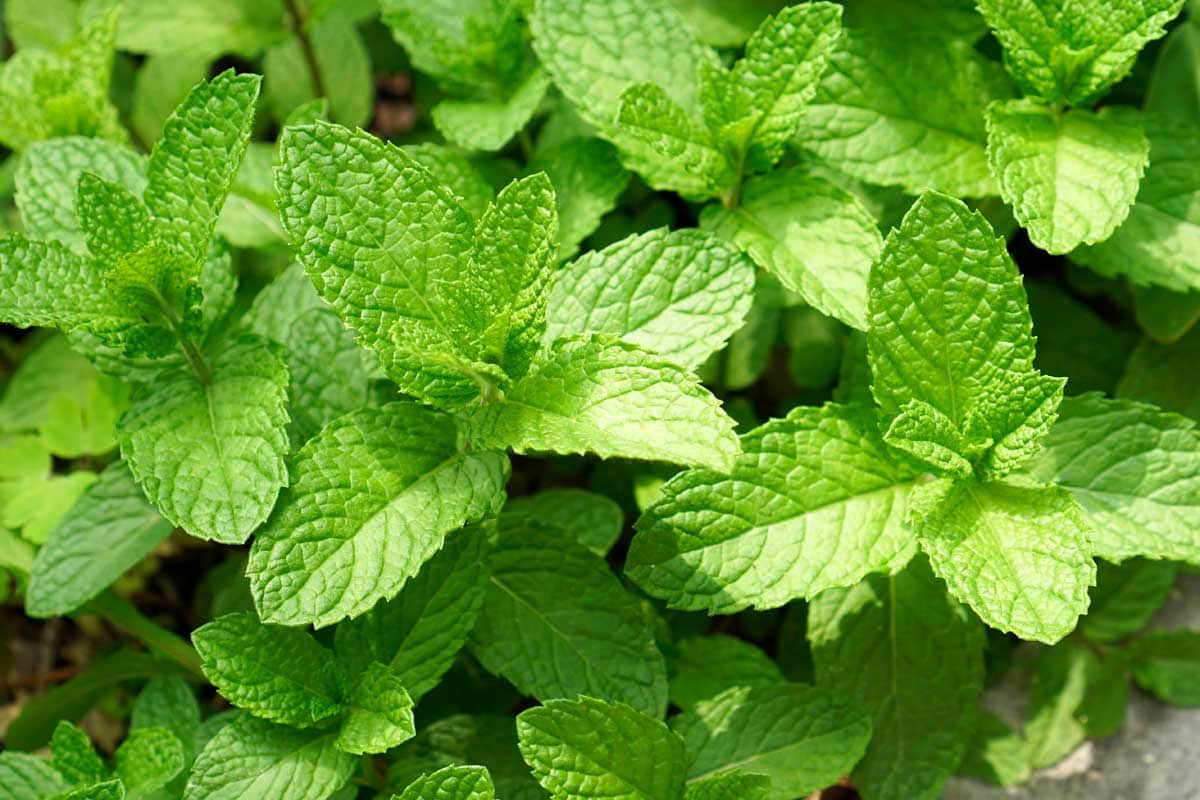 Apple mint, Mentha suaveolens, is sweeter than most other mint varieties and has less of the strong menthol / mint flavor that is the signature of its genus. Both its flavor and aroma are more fruity than minty. Pineapple mint is a cultivar of Apple mint and is quite popular. Apple mint is the species of mint that is most commonly used to make mint jelly.

Perennial in zones 5 to 9. In other areas it is best grown as an annual or potted and transported indoors in winter. Although apple mint is a perennial, its quality wanes after 3 to 5 years and should be replaced.

Full Sun will produce a higher concentration of oils and a more robust flavor. Partial shade will produce lush foliage with a weaker flavor and aroma. In the case of apple mint the preference seems to be partial shade.

Apple mint plants have fuzzy stems and foliage reminiscent of peach fuzz, for this reason it is sometimes called wooly mint. The flowers are white to pinkish white, and appear in late summer or early autumn.

Although apple mint is commonly propagated via seed, it is best started from either root divisions or cuttings. Germination from seed is relatively quick, in the two week vicinity.

A drawback to starting from seed however is that mint is notorious for hybridization, so there is no guarantee that the seed you plant will produce true, you could end up with an undesirable poor quality hybrid.

Apple mint is not drought tolerant, it requires persistent moisture. It is slightly frost tolerant but fades rapidly in temperature fluctuations. It will grow in full sun, in fact full sun will increase its vigor and flavor as the plant produces more of the oils which create the citrus and lavender flavor.

However, if you live in a very hot region partial shade is advisable.

Mint varieties when grown close to one another have a tendency to cross pollinate. The end result is usually undesirable so it is advisable to keep various mint varieties a safe distance from one another.

A good companion plant for any Brassica plants such as cabbage, cauliflower, kale, broccoli, or Chinese cabbage. Will also work well as a border for garden areas prone to attack by deer and wild herbivores. Repels some insects such as cabbage moths, aphids ,flea beetles.

Keep it away from Chamomile as this plant inhibits the mints ability to produce the essential oils that create the menthol flavor and aroma.

Mint is invasive and will spread prolifically if left unchecked. Apple mint is less invasive than other varieties but its intrusive characteristics should be kept in mind when managing this plant.

Harvesting the tips on a regular basis and removing renegade runners is helpful. Small flowers bloom from June to September, you should trim these before the buds open to keep the plant compact and manageable.

Fertilizer is not necessary so long as the soil is reasonably enriched with organic matter. If your soil is abysmal, modest amounts of fertilizer can’t hurt. Fertilize in early spring and then every fifth week thereafter with a balanced blend. No more than 3 X per season and in modest amounts.

A layer of mulch in the autumn will help protect them in their winter dormancy. 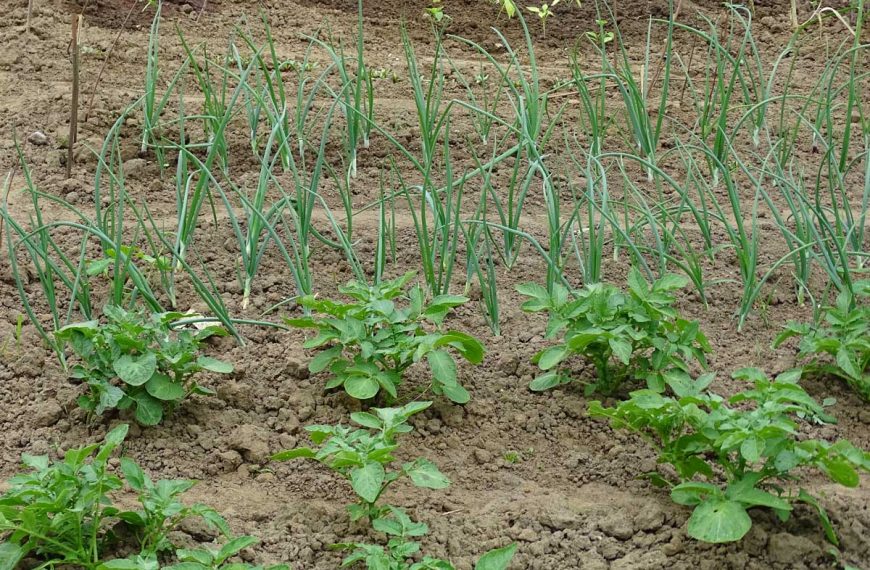 The Best Companion Plants for Potatoes