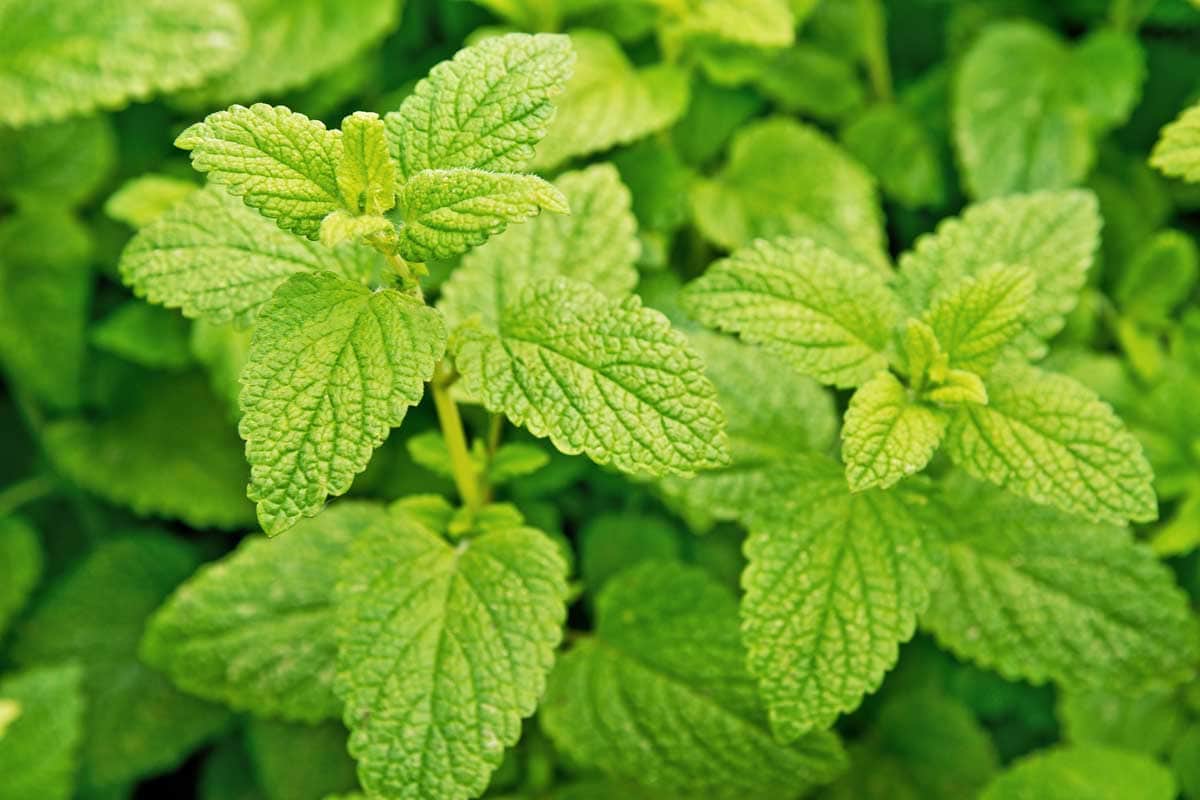 The leaves, other than being somewhat larger are easily mistaken for mint. The flavor however is lemon with only a hint of mint. Even the scent is Lemony with a subtle fresh minty background.

Lemon balm attains a height of 2 – 3 feet tall and blends in with well other herbs, flowers and flowering herbs in your garden.

However, try to keep them separated from other mint varieties you may have growing, they are difficult to tell apart at times by sight alone and they do cross pollinate.

The cross pollination will only affect the next generation of seeds. Unlike other mint plants Lemon Balm does not reproduce via subterranean runners.

Lemon balm is a perennial, but in regions where there are long deep freezing winters it is commonly grown as an annual. It dies back in the winter and reemerges in spring. It will remain green in areas with mild winters.

When initially planting Lemon Balm it should be done when all danger of frost has passed.

Plants should be set just under 2 feet apart for a manicured effect, slightly closer for a clustered natural effect. Like other mint family plants, it re-seeds rampantly, so at times it needs to thinned.

It does not fare well in blasting balmy full sun, partial shade / partial sun is best – this of course depends on whether you want your glass to be half empty or half full.

Lemon balm responds well to being pruned back, what doesn’t kill it makes it stronger, and you will find it growing back stronger and thicker after each cutting.

Soil should be well-drained and fertile, high in nitrogen is good, a pH from 6.0 to 7.0 is optimal. See: Soil pH. Excessive fertilizer will cause leaf burn – don’t overdo it.

If you plan on harvesting continually, the plant[s] will need more fertilizer. Fish emulsion provides the nitrogen component and a little phosphorous as well. Modest amounts every other week should suffice. Blood meal will also suffice.

Lemon balm is a late bloomer, it produces small white flowers later in the season than most other flowering herbs.

When it is flowering, it is advisable to snip back the tips a tad to discourage flowering and encourage vigor. The flowers lend little to the aesthetic value and unless you plan on seed saving they are of no use.

You’ll probably never get all the flowers pinched back, so you can still expect to find volunteers popping up in subsequent seasons. Adding mulch will lessen the odds of fallen seeds from germinating.

Use scissors or shears to snip off lemon balm leaves. The fresh leaves can be used for a tasty tea and as a seasoning for meats, poultry and fish. It is also incorporated into desserts and as a garnish for salads and sauces. It has reputed medicinal properties which are covered more extensively on the Lemon Balm Tea Page.

Lemon balm does not store well. The lemon scent lingers but the flavor dissipates when it is dried, so is best used fresh. If you want to have some in the winter consider incorporating it into Indoor Herb Gardens.

How to Build a Hydroponic Wick System

Hydroponic Flushing to Avoid Salt Buildup and Over Fertilizing