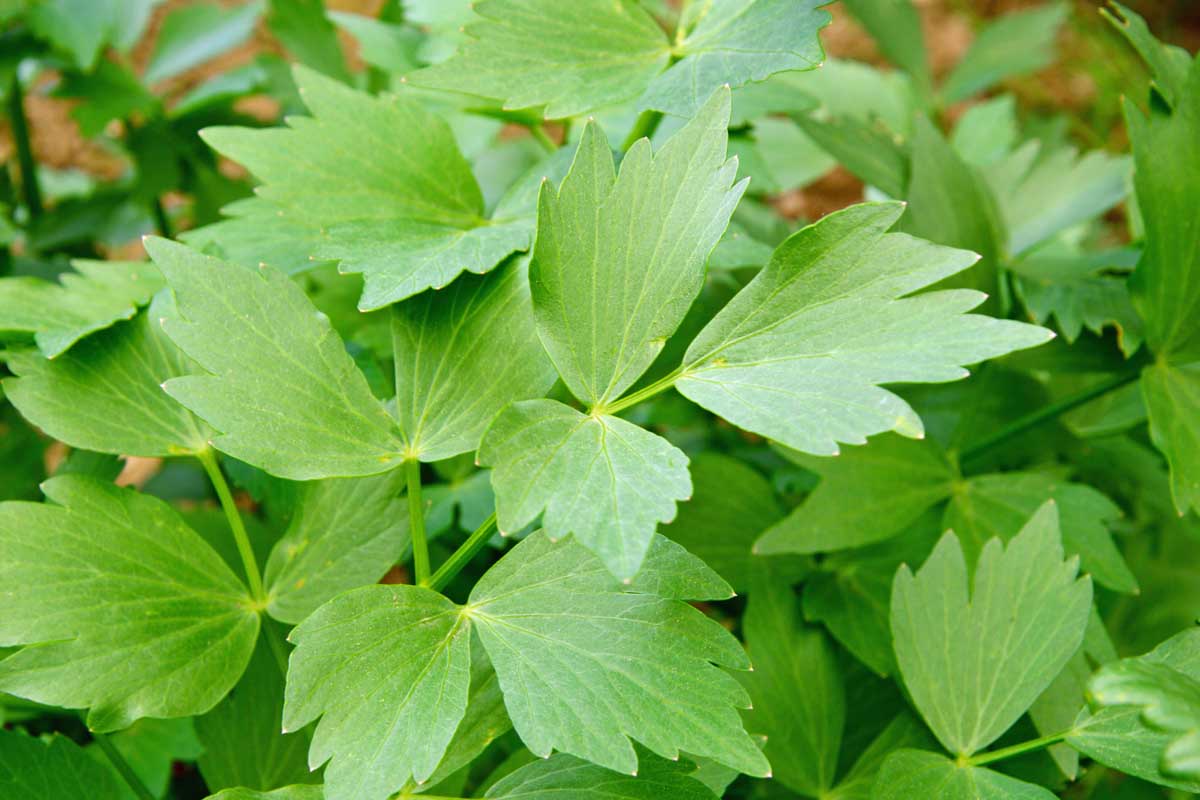 Lovage is an old world herb, it was once grown widely in the British Isles as an herb and for its medicinal qualities.

All parts of the plant are useful. The root, harvested in early Autumn is used as a vegetable. Lovage root contains furanocoumarins – excessive use can lead to photosensitivity. The leaves which can be harvested any time are added to salads, The Stems are like celery and best when eaten young, The stems are also quite tasty when they’re candied in much the same fashion as Angelica – See Candied Angelica.

The flower produces an aromatic oil, the seeds as well as the stems are sweet and used in candy making as well as flavored vinegar and oils.

In addition to bearing a taste similar to celery, it also looks something like it, although it is actually more closely related to carrots and parsley. It is a perennial that grows up to 6 feet tall with lush green foliage and a spread of around 3 feet around.

Lovage produces clusters of yellow umbrella like flowers which in turn produce 1/2 inch long seeds. Flowers appear in early summer and last till summer, occasionally very early Autumn. Both leaves and stems can be easily dried for winter storage.

Full Sun is best, partial shade is tolerable. In very hot regions, partial shade is preferable. Soil should be well-drained sandy, loamy fertile. A soil pH of 6.1 to 6.8 is optimal. They are hardy to USDA plant hardiness zone 4.

Lovage can be started by direct seeding right into the garden bed so long as the soil temperature is around 60 F, but a higher success rate will be achieved by starting it indoors about 6 weeks before the last frost date in your region.

Using fresh seed is advisable, as the germination rate with older seeds is particularly abysmal. Broadcast the seed on the soil surface and sprinkle a layer of sandy soil over it. If using transplants, they should be 8 – 10 inches apart in rows 1 1/2 feet apart.

Young seedlings require consistent watering until they reach several inches tall. Once they have reached the 2 -3 inch mark watering can be cut back to that you would normally supply other vegetable plants without special needs.

Lovage is a good companion plant in the vegetable – herb garden. It is believed to be especially beneficial to root crops such as potatoes and beets. Avoid planting with carrots, as they are closely related and will attract and share the same pathogens and pests.

Fertilize lightly during the growing season with a high nitrogen fertilizer. As it is a perennial, top-dress the soil around the plant in the winter when it is dormant ,with rich compost.

When applying mulch or compost Leave a gap of about 4 inches between the plant base and the mulch itself, to avoid rot.

Prune the stalks back at least once during the growing season by almost a third. This pruning will encourage lush new foliage, and keep the stems growing long and straight which prevents them from toppling over on their own weight.

Remove the flower stalks as soon as they appear if, and only if you are growing the plant for its foliage exclusively. Prune again lightly at the onset of winter.