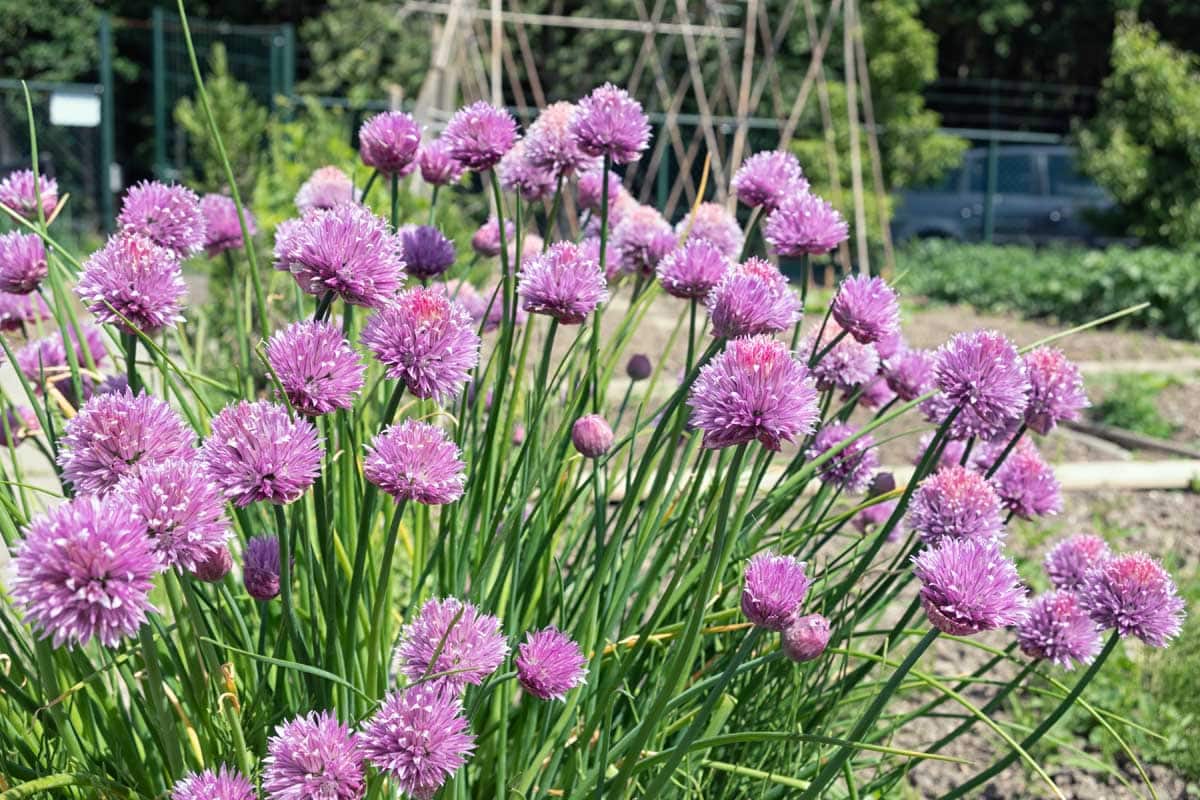 Chives are highly beneficial to other plants in your vegetable garden. Their aesthetically appealing flowers attract pollinating insects while the sulfur based oils that flow through the plant act as a repellant to many harmful insects.

When planted near carrot and related root crops it has been proven to result in larger and longer carrot roots and is believed to enhance the flavor as well.

When planted in proximity of tomatoes and other solanaceous crops it is beneficial in reducing the occurrence of multiple diseases.

Folk lore has claimed, and science has proven that pretty much any plant you grow near chives will benefit. The aroma of chives, although not quite as strong as its cousin garlic, masks the scent of neighboring plants which in effect makes them invisible to insects that would otherwise feed on them. [3], [4]. Planted near roses chives prevent black spot. Chives are also helpful in suppressing mildew fungal diseases such as powdery and downy mildew.

Plant near apple trees, preferably at the base, chives are helpful in preventing apple scab and deterring some fruit worms.

It has similar effects when planted near other fruit trees. Vintners for generations have grown chives near grapes to help curtail insect activity of plant eating bugs. On other fruits that are not wind pollinated they attract pollinators / bees.

4 Olfactory response of Myzus persicae (Homoptera: Aphididae) to volatiles from leek and chive: Potential for intercropping with sweet pepper