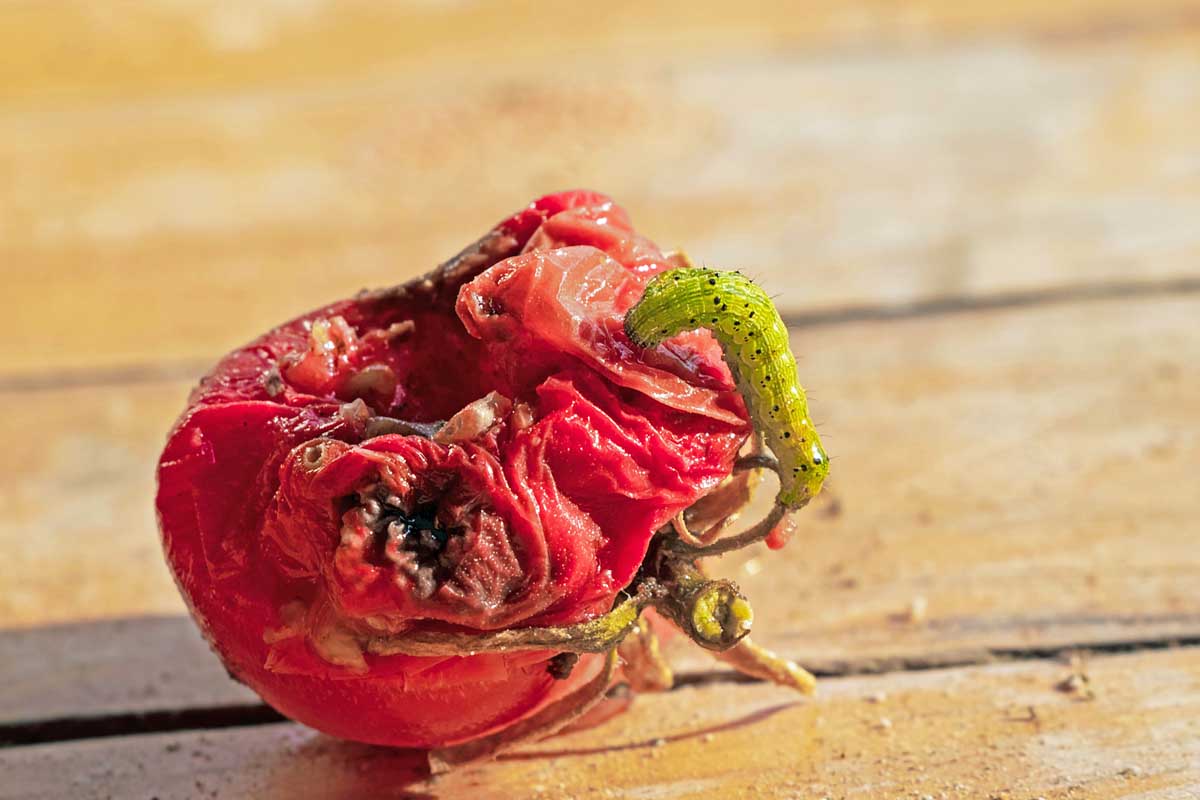 Named “Green” Fruitworms, not only because they are green, but because they primarily feed on Green or immature Fruit.

Small larvae feed on young foliage initially, buds first and then later they devour blooms, and finally on the fruit when it becomes available. They cause deep, sunken pits in the fruit. Most of the fruit damaged by these caterpillars fall to the ground by early summer. Damaged fruit remaining on the tree has large, sunken, corky wounds at harvest.

Green Fruitworms include several species of caterpillars, all of which are pale green, often with whitish stripes down each side of the body and a narrow stripe down the middle of the back. Most species pass the winter as pupae or adults, and have one generation each year. Green Fruitworms eat large holes in young leaves and fruit during late bloom and petal fall causing fruit to be scarred and misshapen as they mature.

Bt Bacillius thuringiensis should be applied at either bloom or petal fall, or both. Bt is not generally harmful to beneficial insects. It is a stomach poison and must be ingested, it is effective when applied during warm, dry weather while the larvae are actively feeding. Requires more than 1 treatment

Based insecticides, are eco-friendly and are useful in an integrated pest management scenario. They are organic compounds derived from Chrysanthemum flowers that have powerful insecticidal properties. They target the nervous systems of insects. At lower concentrations they serve as a repellent.

Sprays/Pesticides must be applied in the pre-bloom stage to prevent injury. Pesticides such as pyrethroids that are more effective in cool than warm weather will work more efficiently against Fruitworms earlier in the season.

should be applied at bud or petal fall or when inspection indicates larvae are present. Spinosad is a biopesticide , harmless to humans. Spinosad will interfere with pollinators as well as pests – evening / night time use is advisable.

Neem ,Bioneem and various derivatives of their active ingredient Azadirachtin are Biopesticides that work by interrupting the insect’s growth cycle resulting in its early death. Although Neem has proven effective against many insects it has little effect on fruitworms that have already burrowed into fruits, and has no effect against the eggs that have been laid. It also needs to be frequently re-applied as it breaks down rapidly. Neem is not the best choice to combat fruit worms.

Hand picking of infested fruits is feasible, look for the webbing and premature ripening and discoloration. This method is practical in home gardens and small orchards with light infestations. In heavy infestations insecticide may be necessary to achieve satisfactory control.

Diverse gardens that include a symbiotic mingling of flowers and vegetables are a poor environment for insect pests as they also attract many natural predators. Lacewings and Lady Bugs will feed on the eggs and small larvae, they are useful in keeping pest populations at a minimum. Parasitic wasps sometimes attack the fruitworms, but are not exceptionally effective when the fruitworm is inside the fruit itself. Praying Mantids will prey on the adult moths. They are the only predator that will hunt at night when most moths are out and about. Adult moths can also be trapped with light traps by night.

How To Grow Hydroponic Herbs 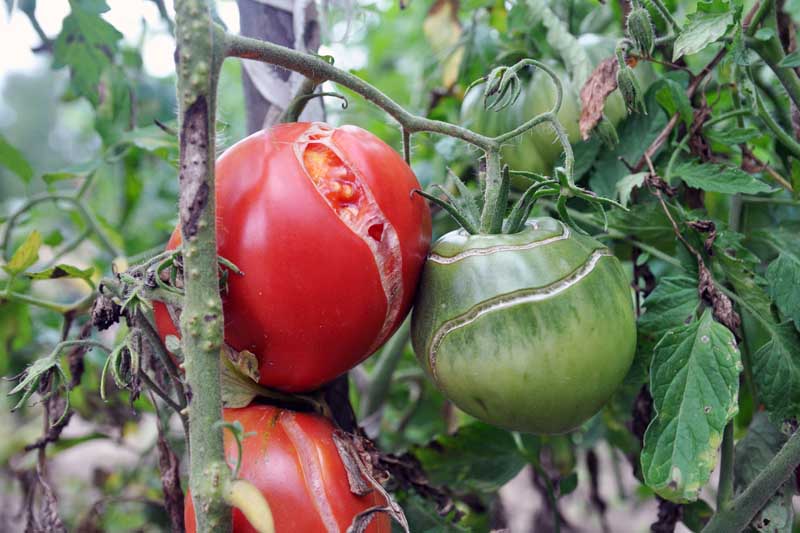 Can You Eat Split Tomatoes? Are They Safe to Eat?