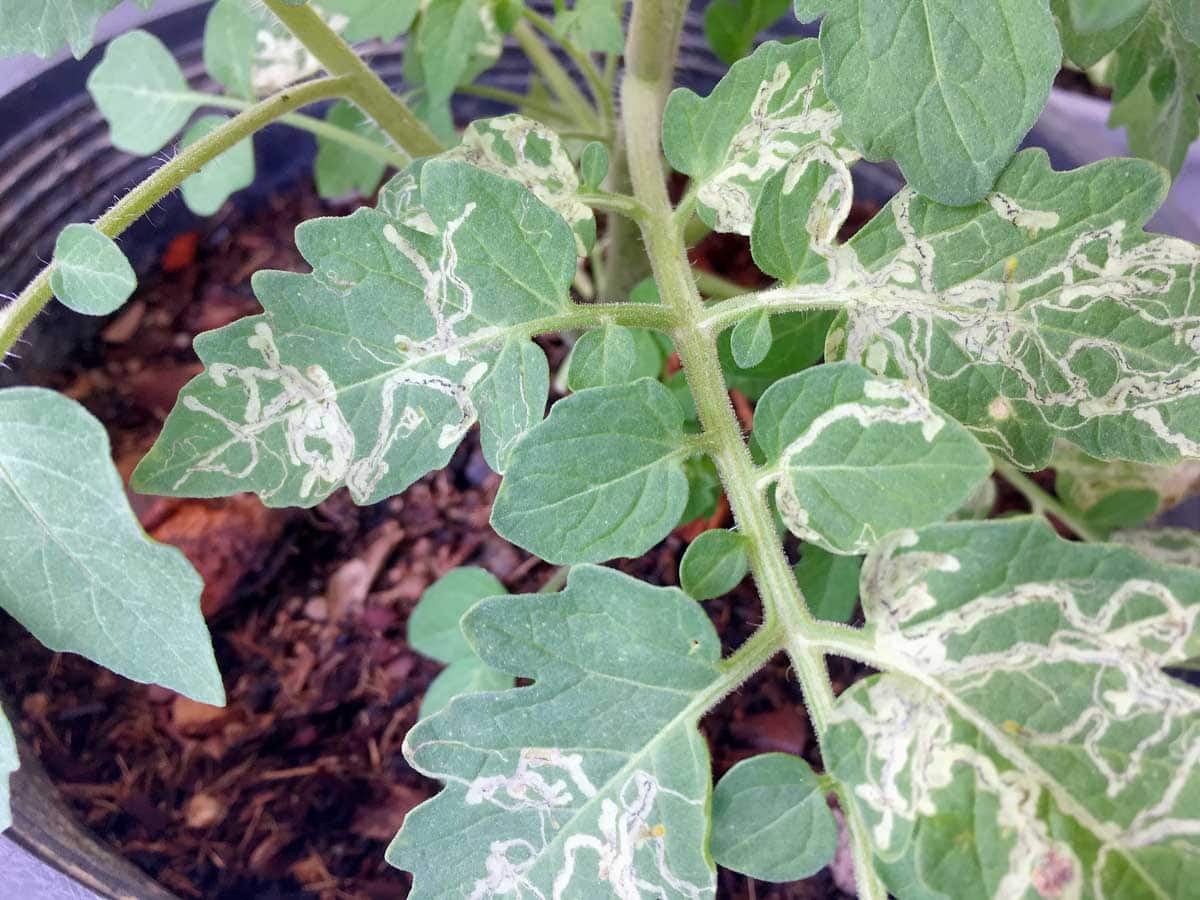 Leaf Miners are any insect that lays its eggs in the spongy layer between the upper and lower surfaces of leaves.

The vast majority of leaf-mining insects are moths and flies, some beetles and wasps also exhibit this behavior. A few mining insects utilize other parts of a plant, such as the surface of a fruit. Various varieties attack various plants, There are over 200 species of leaf miners. Primarily named according to the plant they infest.

Larvae develop between the leaf surfaces and tunnel or ‘mine’ out the spongy middle layer as they grow. Wiggly lines on leaves are a tell-tale sign of a leaf miner attack.

There can be up to four generations of the insect in a season depending upon the locality and climatic conditions. The first generation of the insect causes the most damage. Adults begin egg laying in the spring when the leaves start to unfold. At this time of the year, all leaf tissue is soft and favorable for larval development.

They are extremely prolific and spend most of their adult lives depositing their eggs on the underside of host plants. The larvae proceed to spend their lives just under the surface of the leaves gorging themselves, they tunnel through the plant hence the term leaf-miner.

The key aspect of managing leaf miner infestations is to detect them before it becomes too difficult to deal with. Plant inspection is one detection method. Another method is to use Yellow Sticky Traps, placed slightly above crop height.

Pyrethrins, which are derived from the flower of Chrysanthemums are effective against some species of leaf-miner insects as well as many other garden pests . Pyrethrins are eco-friendly, however they need to be frequently re-applied as they degrade approximately 24 hours after being sprayed.

Neem Oil– It’s effectiveness is based on several modes of action.

It disrupts insects’ hormonal balance so they die before they molt to the next life stage.

It suppresses some insects’ desire to feed and also repels in areas that have been sprayed.

These modes of action result in a broader spectrum of control for the majority of harmful insects while at the same time it spares many beneficial insects such as Lady Bugs that prey on undesirable insects.

Not all predatory insects will attack all varieties of leaf miners, as they are not truly a single species, but rather a “Category” The Praying Mantis and Lady Bugs probably attack the widest array.

Lady Bug Lures Keep trapped ladybugs alive in the trap for release in the garden. Pheromone based Lures will attract lady bugs from the surrounding area to your garden.

How to Build a Hydroponic Wick System