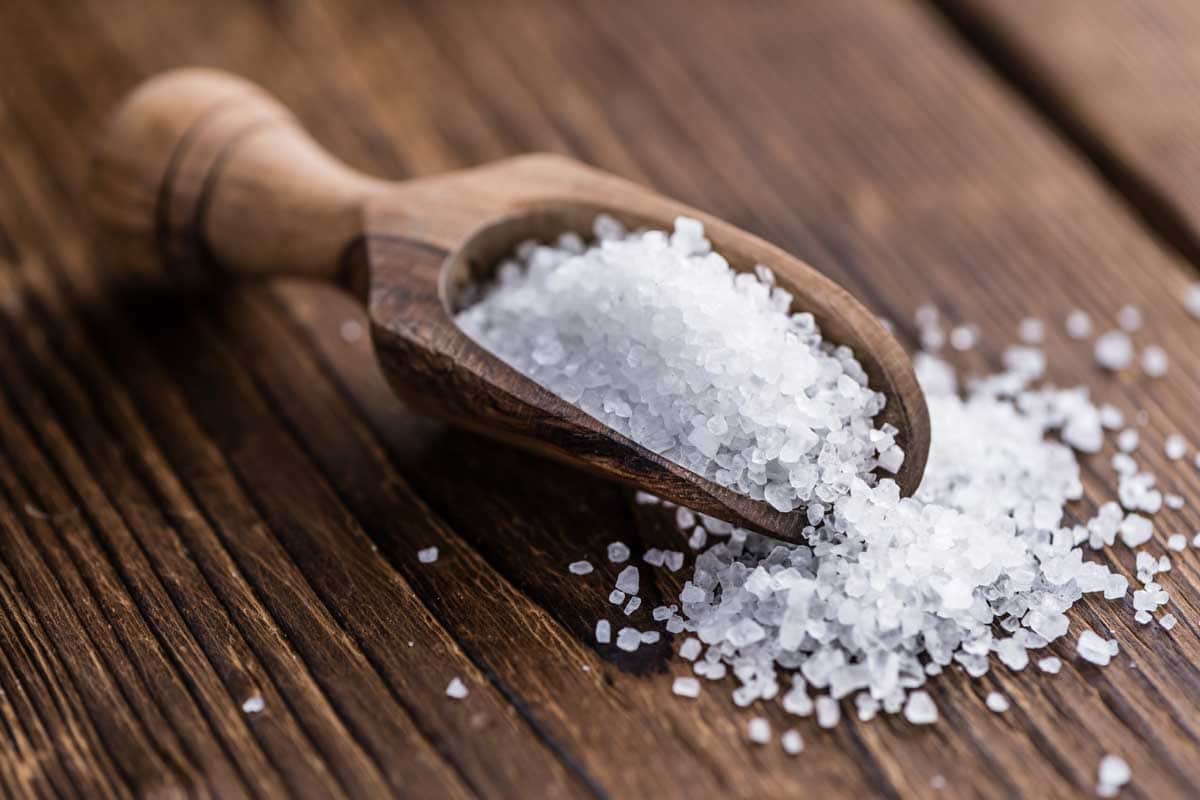 Salt is a crucial part of the pickling process. It works in combination with an acidic liquid (usually vinegar or apple cider) to create an environment that is inhospitable to bacteria. Adding salt also improves the flavor of the pickled foods that you create.

But is pickling actually salt safe to eat?

Does pickling salt have any special qualities that make it superior to other salts?

Can you substitute other types of salt if you don’t have pickling salt available?

In this guide, we’ll be answering these questions and more, as we dive into the world of pickling salt. Once you have read this article, you will be a virtual expert on salt and ready to create some delicious pickled foods.

What Is Pickling Salt?

Pickling Salt, also called “preserving salt” or “canning salt” is pure granulated salt (chemical compound: sodium chloride). It is a very fine salt that can be obtained from a salt mine or from evaporated salt water.

Unlike the most common form of salt, table salt, pickling salt does not contain any anti-caking agents, iodine, or other additives. This makes it better for pickling, as additives can negatively affect the appearance or color of pickled food.

Although pickling salt is mostly used for pickling and cooking, it can also be used just like table salt. It may clump more easily because it lacks anti-caking agents, but you can always add some rice to your salt shaker to absorb excess moisture helping it pour freely.

Because pickling salt has very fine grains, it can be useful for applying to a variety of different foods including nuts and popcorn.

Because pickling salt is a fine grain salt, it will dissolve very quickly when combined with an acidic solution like vinegar or apple cider. This makes it ideal for pickling.

Pickling salt is 100% sodium chloride and does not contain any additives. You don’t have to worry about artificial ingredients being introduced to your pickled foods.

Table salts contain anti-caking agents which prevent the salt granules from clumping together or liquifying in moist or humid conditions.  These agents are what allow your salt to pour freely from the salt shaker and onto your dinner.

Unfortunately, some anti-caking agents can make the pickling liquid cloudy, affecting the appearance of your pickled food. Additives like iodine, can also change the color of pickled food.

Although the majority of people may not notice it, table salt additives like Iodine do have a flavor and it’s not particularly pleasant. Using a 100% pure salt like pickling salt eliminates the possibility of iodine ruining the flavor of your pickled food.

If you are following a pickling recipe, it will probably specify that you use pickling salt. This is an important distinction, because if you use another type of salt with a larger granule and measure by volume, it will result in a different salt concentration. This can affect the taste of your recipe. Stick with pickling salt to obtain a consistent result or measure salt by weight.

Related: Does Cooking Fruits and Vegetables Cause Them to Lose Nutrients?

Do You Need Salt To Pickle?

Pickling salt is 100% natural salt and completely safe for human consumption. In fact, we need salt to survive so having some in your diet is essential.

Having said that, there may be risks associated with consuming too much salt. Researchers believe the excess salt can increase blood pressure and blood cholesterol levels.

Some people find that eating too much salt can also cause water retention. This article from Unity Point shares some tips for determining how much salt is appropriate in the average diet.

Is Pickling Salt The Same As Kosher Salt?

Pickling Salt and Kosher Salt are both 100% pure granulated salt (sodium chloride). They do not contain any anti-caking agents or other additives. The only difference between pickling salt and kosher salt is the size of the granule.

If you haven’t used kosher salt in the past, definitely give it a try. It’s large flakes make it easier to pick up with your fingers and add to food, which is one of the reasons why chefs like it so much. If you don’t have any pickling salt available, kosher salt is the next best thing.

Pickling Salt Compared To Other Salts

Sea salt is has come from evaporated saltwater, sourced from the ocean or saltwater lakes. It has a slightly different taste and texture compared to table salt, which is usually mined from below the ground.

Because sea salt isn’t processed as much as table salt, it retains the trace minerals and elements from the water it was derived from. This can change the flavor and color of the salt.

There are two types of sea salt: crystalline sea salt and flaked sea salt. Flaked salt is the more delicate and fast-dissolving of the two and is often used as a table salt. Crystalline salt is available in fine or coarse grains and can be used for a variety of purposes, including pickling.

It’s perfectly fine to use sea salt instead of pickling salt. However, as there may be different grain sizes, it is best to measure by weight instead of volume. Kosher salt tends to be a better substitute for pickling salt.

Himalayan Salt is a rock salt mined in the Punjab region of Pakistan. It has a distinctive pink color caused by the mineral content of the salt. It is mostly used as table salt or as a cooking ingredient. Although some people claim there are health benefits associated with eating Himalayan salt, none have been scientifically proven.

Although Himalayan salt is usually more expensive than your standard pickling salt, it does not improve the flavor or nutritional value of pickled foods.

Iodized table salt is regular salt (sodium chloride) that is mixed with a small amount of salts of the element iodine. Iodine is a natural compound that was first included in table salt in the 1920s to prevent diseases caused by iodine deficiency.

Iodized table salt also includes anti-caking agents to prevent the salt granules from clumping together and or liquifying as easily in moist or humid conditions.

As mentioned earlier in this article, iodized table salt is not ideal for pickling. The anti-caking agents can make the pickling liquid cloudy while the iodine salts can change the color and taste of the foods being pickled.

Rock Salt is the commonly used name for Halite, which is a natural mineral form of sodium chloride. Halite is mostly found in sedimentary rocks, where it has been formed from evaporated salt water. Although Halite is usually white, the presence of other minerals can cause it to be blue, orange, yellow, pink, and several other colors.

Rock salt is less refined than table salt or pickling salt, so it will contain impurities in the form of other minerals. Similar to pickling salt, rock salt is sold without anti-caking agents, iodine, or other additives.

Rock salt can be used in place of pickling salt, but again, it must be weighed as it typically has a much larger grain size compared to pickling salt. It may also need to be crushed if the grains are particularly large. The impurities in rock salt may also cause some unexpected results, with pickled foods potentially changing color.

Pickling Lime is another name for calcium hydroxide, a commonly used pickling additive in the early 20th Century. It has fallen out of favor in recent decades because it has the potential to cause illness.

The problem with using pickling lime stems from the fact that it is alkaline. As you would already know, pickling requires the use of mildly acidic substances like vinegar and apple cider to kill any bacteria left on the food after processing.

Adding too much pickling lime can neutralize the acidity of your pickling solution, allowing bacteria to grow, which potentially causes illness.

Pickling spice is a blend of different herbs, spices, and seeds designed to add flavor to pickled foods. Some of the ingredients that are commonly used in pickling spice include mustard seeds, peppercorns, chili flakes, allspice, ginger, bay leaves, cloves, and coriander.

You can either make your own pickling spice or purchase a pre-made product. There are several companies which sell unique blends of pickling spice that are quite delicious and can take your pickled products to the next level.

If you don’t have any pickling salt available, the best alternatives are:

As you can see, pickling salt is a healthy and natural ingredient which is ideal for pickling foods. But if you don’t have pickling salt available, there are several options available. The key is to use salt without additives and measure by weight if possible, to ensure you add the correct amount of salt to your pickled foods. 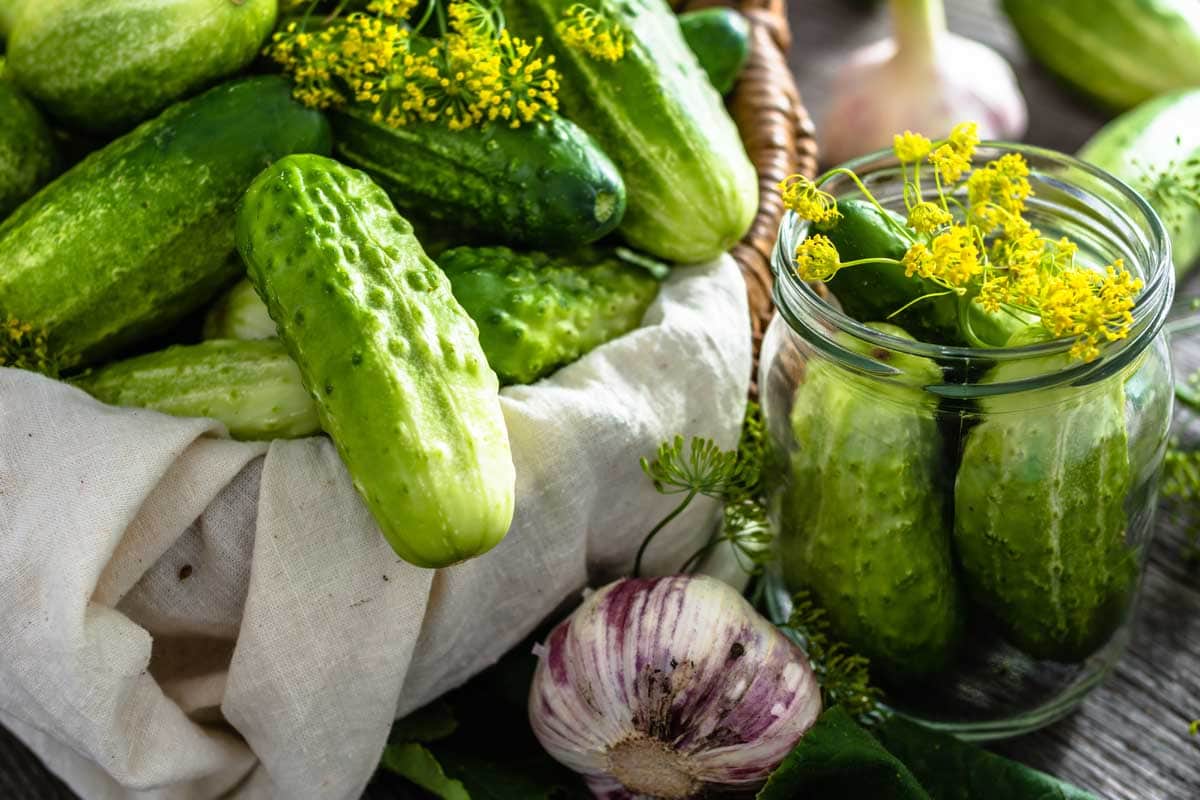