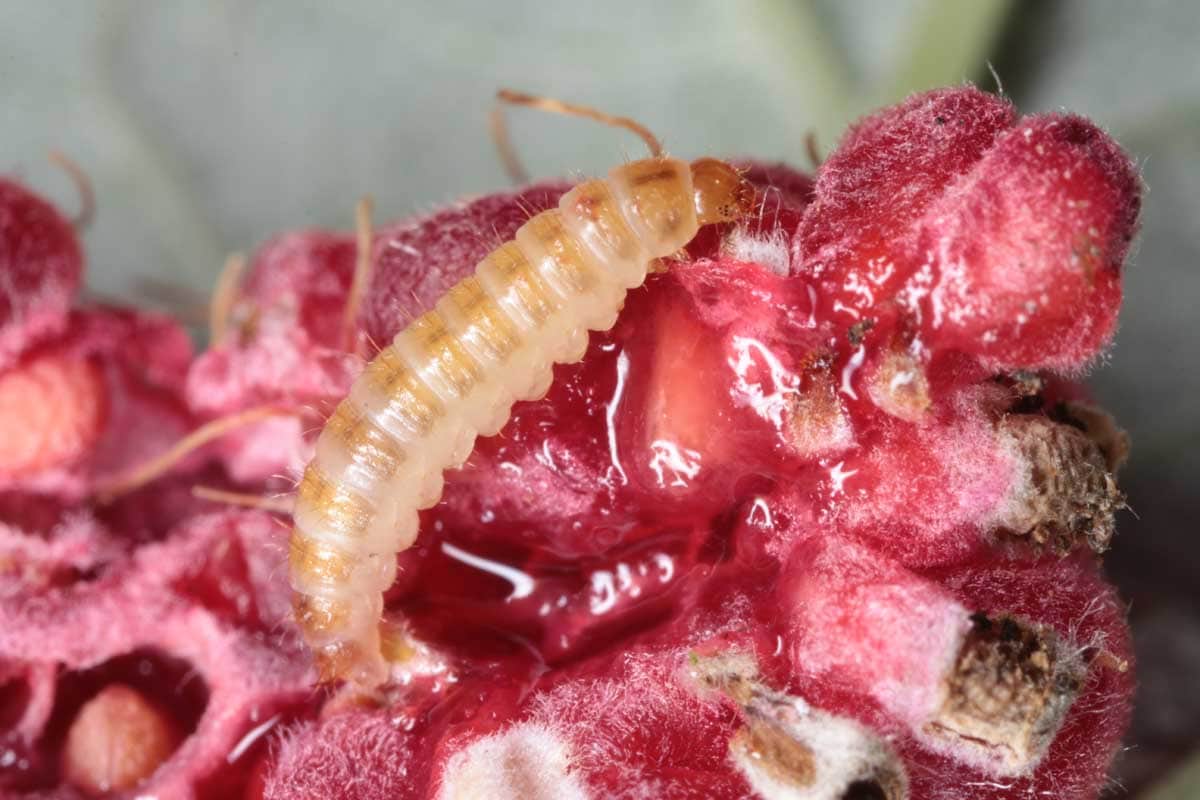 Raspberry fruit worms are the larvae of one of several species of tiny beetles, known as raspberry beetles. The beetles are all similar in appearance and all members of the Byturus genus and include the species B. unicolor, B. Bakeri, and B. tomentosus.

All species of the fruit worm adult grow up to 1/8 inch long and have red hued brown bodies that are covered in fuzz-like hair.

Adult Beetles feast on the leaves of raspberry and bramble canes, generally the youngest new canes and leaves. When populations spike they will attack the entire plant.

Eggs are deposited on or in the proximity of raspberry, blackberry and related bramble bushes.

Adult raspberry fruitworm beetles emerge in mid-April and gorge themselves till mid-May, eating the raspberry leaves and sometimes skeletonizing them completely.

They sometimes feed on the flower buds also, if populations are high . Damage from the adult beetle is generally not severely damaging to the entire plant unless they are present in significant numbers.

The larvae of the raspberry beetle causes severe damage. When these minute fruitworms emerge, they are born inside the berry itself, and begin burrowing into the heart of the berry causing them to dry and sometimes drop prematurely.

Inspect your raspberries carefully throughout the spring, for early signs of insect pests, catching raspberry fruit worm beetle before they can lay their eggs is highly advantageous.

Even though these beetles are tiny handpicking is still feasible. Dropping them into a bucket of soapy water along with any other insect pests you come across will kill them .

Eradicating raspberry fruitworms utilizing natural methods is desirable, most gardeners would prefer not to add pesticides to a garden eco system unless absolutely necessary.

Chemical control is expensive, rarely cost effective for home gardeners and not eco-friendly. Hand picking of infested plants is not feasible as the larvae are generally inside the berry itself.

Diverse gardens that include a symbiotic mingling of flowers and vegetables are a poor environment for insect pests as they also attract many natural predators, Lacewings and Lady Bugs in particular.

Neem Oil, Bioneem, and various derivatives of their active ingredient Azadirachtin are an effective Biopesticide that works by interrupting the insect’s growth cycle resulting in its early death.

Spinosad is another biopesticide , correctly termed a microbial pesticide, harmless to humans. Spinosad will interfere with pollinators as well as pests – evening / night time use is advisable. Spray raspberry canes with active beetle populations as soon as possible, or wait till flower buds emerge to target the worms .

Sprays/Pesticides should be applied in the pre-bloom stage to prevent injury. Do not apply insecticides, even bio-pesticides during bloom time to protect vital pollinating insects.

Pesticides such as pyrethroids (pyrethrin) that are more effective in cool than warm weather will work more efficiently against Fruit worms earlier in the season, and is the recommended early season chemical for most types of worms. Use broad-spectrum insecticides only as a last resort.

Bacillus thuringiensis (Bt) is a spore forming bacteria that produces substances which are toxic to many insect species, but virtually harmless to humans and mammals., it has proven somewhat effective , it is a bacterium / organic pesticide that is readily available to home gardeners. Bt It is a stomach poison and must be ingested . It is more effective when applied during warm, dry weather while the larvae are actively feeding. Bt breaks down quickly in nature so multiple treatments per season are necessary.

Diazinon can be applied at petal fall, but is not as eco-friendly as the bio-pesticides listed above as it is toxic to beneficial insects and pollinators.

Other broad-spectrum insecticides, such as pyrethrin or malathion only as a last resort, generally used commercially and not really advisable for smaller plantings or home gardeners.

A Clean Garden is a Healthy Garden 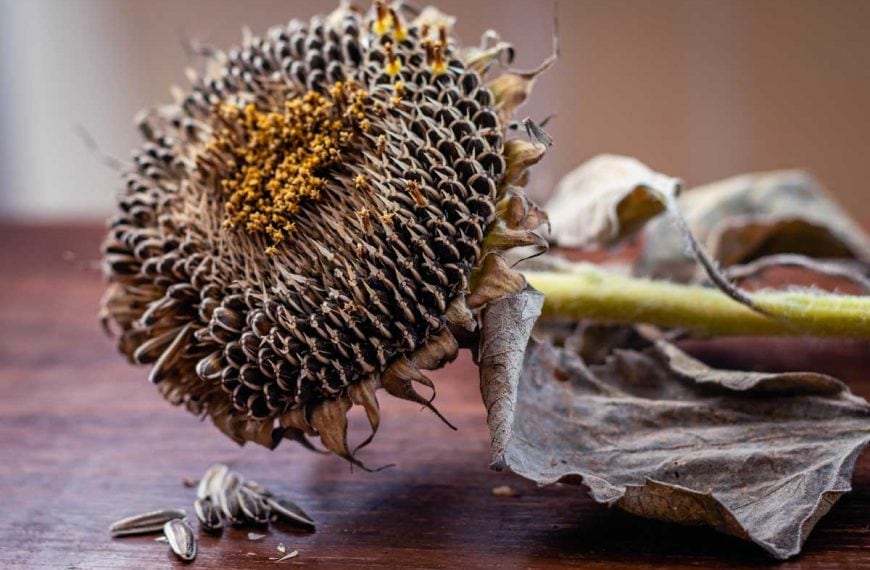