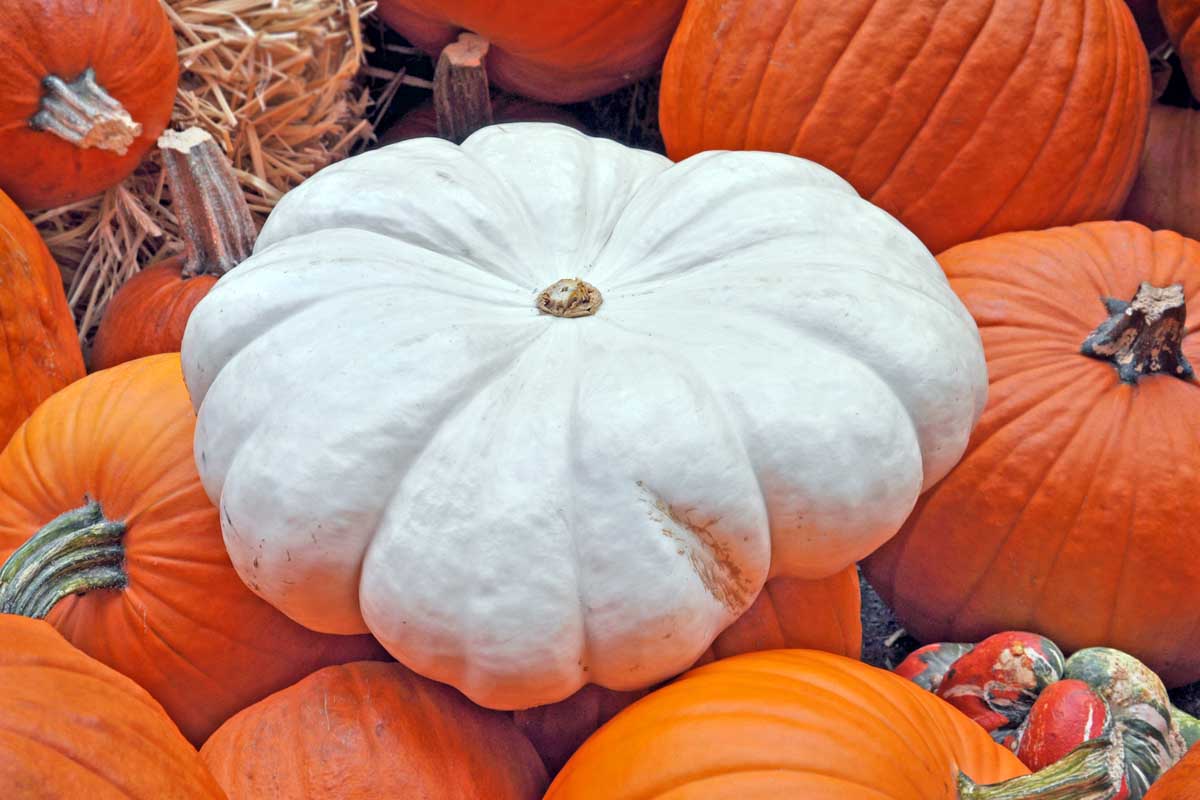 Pumpkins are an edible and decorative fruit that’s a staple of South African agriculture. There are various types of pumpkin in South Africa, ranging from mild to sweet, small to large, and short to long-term storage qualities.

According to a study run by Indexbox, pumpkin consumption in South Africa has been increasing and is expected to continue growing in the immediate future.

In May 2019, Business Insider revealed that a 601.8kg pumpkin set a record for the heaviest pumpkin at the Giant Pumpkin Festival in Western Cape, South Africa. Even so, it wasn’t the most massive pumpkin ever recorded in South Africa—that record is currently at 613kg.

In this article, we’ll be covering some of the most popular types of pumpkin in South Africa and why pumpkins thrive there.

The Flat White Boer Pumpkin couldn’t be more aptly named since it has a white to cream color and round, flat shape. It’s one of the most recognizable pumpkins in South Africa, thanks to its prime growing conditions.

A thick skin protects the Flat White Boer Pumpkin from South Africa’s intense sun. Although they aren’t as high-yielding as other modern-day pumpkin types, many South African farmers still grow them.

The Flat White Boer can reach up to twelve kilograms. Upon harvesting, their firm orange flesh is used for pies and baking.

They have an excellent storage life. They’re also easy to stack, making this a better type of pumpkin in South Africa than the round shape of other pumpkin varieties.

The Queensland Blue Pumpkin originated in Australia but has become a staple of South Africa’s agriculture.

Although it isn’t blue per se, it has a blue-gray color. Its skin is robust with deep ribs. It’s a medium to large pumpkin, weighing in at three to five kilograms.

Unlike the Flat White Boer Pumpkin, the Queensland Blue produces a large number of pumpkins. However, it doesn’t store as well, lasting only six months and requiring careful storage practices.

The Queensland Blue is a larger pumpkin type, growing up to twenty pounds thanks to South Africa’s optimal growing conditions.

Given its dry texture, the Queensland Blue Pumpkin is most commonly used in baking and boiling. It’s especially a favorite for baking pumpkin-flavored scones.

Originally native to South America, the Hubbard Pumpkin grows in a variety of color shades. But in South Africa, green and golden are the most common pumpkin type.

Hubbard Pumpkins have a sweet flesh that’s edible if picked when they’re younger. Each vine produces up to five pumpkins.

Soups, purees, pies, and roasted cubes are common ways to eat this pumpkin. They’re almost always cooked with their skin on, especially when they’re older since it becomes tough.

The Hubbard Pumpkin rots quicker than the other South Africa pumpkins we’ve discussed so far, lasting about two to three months.

The beautiful Jarrahdale Pumpkin looks like a slightly flatter version of what people think of as a traditional pumpkin, except it has a bluish-gray color and deeper ribs.

It originated in Jarrahdale, New Zealand but has done well as one of the popular pumpkin types in South Africa.

The Jarrahdale’s yellowish-gold flesh has an aromatic smell, and it has a mild to slightly sweet taste. One of the unique aspects of the Jarrahdale Pumpkin is that it’s drier and doesn’t have a stringy flesh like many pumpkins.

It has excellent storage properties, lasting up to twelve months in a cool, dark place. Aside from its delicious taste, the Jarrahdale is a popular pumpkin for decoration, often placed beside orange pumpkins.

Founded in New Zealand, the Crown Prince Pumpkin has gained popularity worldwide, including in South Africa.

It’s a large, whitish-gray fruit that has an almost perfect circular shape. Its ribs are shallow, and it has an orange, waxy flesh.

Crown Prices Pumpkins are a popular choice for cooks since they have a sweet, nutty flavor. They’re incredibly versatile. Popular dishes with Crown Prince Pumpkins include gnocchi, puree, stews, and baked into sweets and chips.

Clearly, the Long Island Cheese Pumpkin isn’t native to South Africa. However, since it’s a pumpkin that thrives in hot weather, it grows well there.

It has a smooth flesh without a stringy texture. The Long Island Cheese Pumpkin grows up to ten pounds and has a decent storage life.

Pumpkins grow well in areas with plenty of sun, fertilizer, and water.

Now that we’ve covered the types of pumpkin in South Africa, you may be wondering: do all of these pumpkins stay in the country?

So, not only do pumpkins serve as a source of food for South Africans, but they play an important economic role too.

The types of pumpkin in South Africa are nearly endless. From the traditional Flat White Boer Pumpkin to varieties that have more recently arrived in the country, pumpkins thrive in South Africa’s excellent growing conditions.

With rich flavors, colorful exteriors, and hardy skin, South Africa is becoming a leading global pumpkin producer. There are countless varieties to choose from, catering to any consumption and decorative need.

South Africa is a large pumpkin exporter. So, take a look to see where your pumpkin came from the next time you’re at the store. 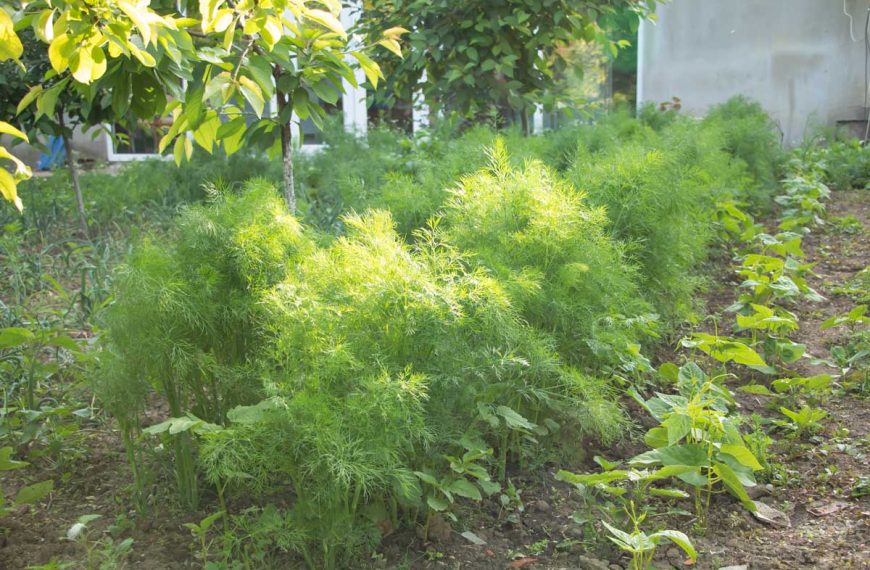 The Best Varieties of Dill to Grow at Home