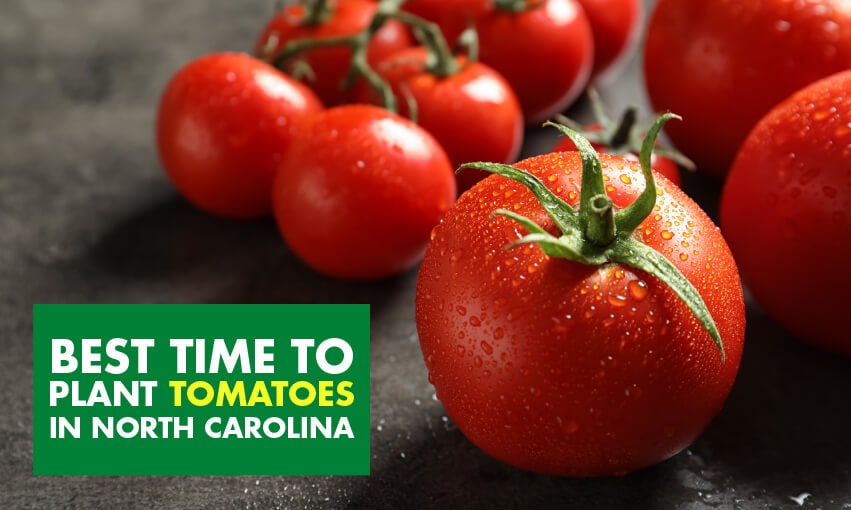 Tomatoes are an easy crop to grow, even if you don’t have a lot of gardening experience. You can grow these fruits without using any chemicals, and they have excellent nutritional value, according to Medical News Today. There are plenty of varieties to choose from, and you can make a lot of recipes with tomatoes.

If you’re wondering how to get started with growing tomatoes, it’s important to consider when you should plant them. When to plant tomatoes in North Carolina depends on your exact location and the type of tomato you want to grow.

What Are the Best Tomatoes to Plant in North Carolina?

It’s important to understand how gardeners classify different tomato varieties before getting started:

According to North Carolina State University, the warm climate of the South is best for the smaller tomato varieties. You should be able to grow any cherry tomato variety without any issues, including Black Cherry, Isis Candy, Juliet, or Sun Gold if you want a variety that is resistant to diseases.

Hybrid varieties withstand heat and humidity better than other tomatoes. Celebrity and Better Boy are popular options in North Carolina.

When Should You Plant Tomatoes in North Carolina?

If temperatures exceed 80°F, the fruits will lose their flavor.

You might run into this issue at a lower temperature if you planted Big Beef, Big Boy, or another beefsteak variety that is sensitive to heat.

When to plant tomatoes in North Carolina depends on when the last frost typically occurs in your area.

If you want to harvest tomatoes in the Fall, start your seeds indoors toward the end of May and transplant them outside in mid-July. Make sure you choose a variety that will do well in warm conditions.

If you want a spring crop, you can start your tomato seeds indoors in mid-February, wait for the last frost of the year, and transplant your tomatoes outside between mid-April and mid-May.

Is It Too Early to Put Tomatoes Outside in North Carolina?

The best way to grow tomatoes is to start seedlings indoors, wait six weeks, and transplant them outside. Your tomato plants shouldn’t be outside until they are at least six weeks old. It’s best to keep seedlings in a controlled environment where you can add fertilizer, water, and move the container as needed.

The main thing to watch out for when moving containers outside or transplanting your tomatoes are cold nighttime temperatures. A late frost could kill your tomato plants if you’re not careful.

According to the Farmer’s Almanac, the last frost of the year typically occurs before April 8th in Raleigh, NC. The date of the last frost is similar for other areas in North Carolina. It should be safe to move your tomato containers outside or transplant your tomatoes after mid-April.

If you started your seeds earlier, you can start moving the container outside during the day and keep them indoors at night to protect the plants from cold temperatures.

When to Plant Tomatoes in Raleigh North Carolina?

According to the Farmer’s Almanac, you should start your seeds indoors mid-May and transplant them outside mid-July for a fall harvest. You won’t have to worry about frost but make sure you pick a shaded area and a variety of tomatoes that can withstand the heat.

For a spring harvest, plant seeds indoors in mid to late February and transplant them anytime between mid-April and early May.

When to Plant Tomatoes in Charlotte, North Carolina?

You can expect the last frost of the year on April 11th in Charlotte, NC, according to the Farmer’s Almanac. Mid to late April is an ideal time for transplanting tomatoes outside, which means you can start the seeds indoors around February 15th.

Do Tomatoes Grow Better in Pots or in the Ground in North Carolina?

Tomatoes do well in a wide range of conditions, especially if you pick a smaller or hybrid variety. The best soil for growing tomatoes is loam soil with good drainage. You might need to build garden beds to reproduce these conditions.

You should also plant tomatoes in a soil with a pH of 5.8 to 7, according to the Planet Natural Research Center. You can use lime to adjust the soil pH if needed.

It’s best to keep your tomato plants in pots if you have soil with a lot of clay or soil that is too sandy. A garden bed with a layer of organic matter is a good alternative to using pots since it will allow the plants to grow a large root network.

Even though it’s best to keep seedlings in containers for the first six weeks, you will ultimately get better results if you transplant your tomatoes in your garden, as long as you don’t have heavy clay soil.

The main challenge you are going to run into when planting tomatoes in North Carolina is the heat. It’s best to pick cherry tomatoes or another variety that does well in a hot environment. You should also plan for starting your seedlings early and transplanting them outside after the last frost.

When to plant tomatoes in North Carolina can vary from one area to another, but you will typically get the best results if you plant your tomatoes in mid-April to mid-May 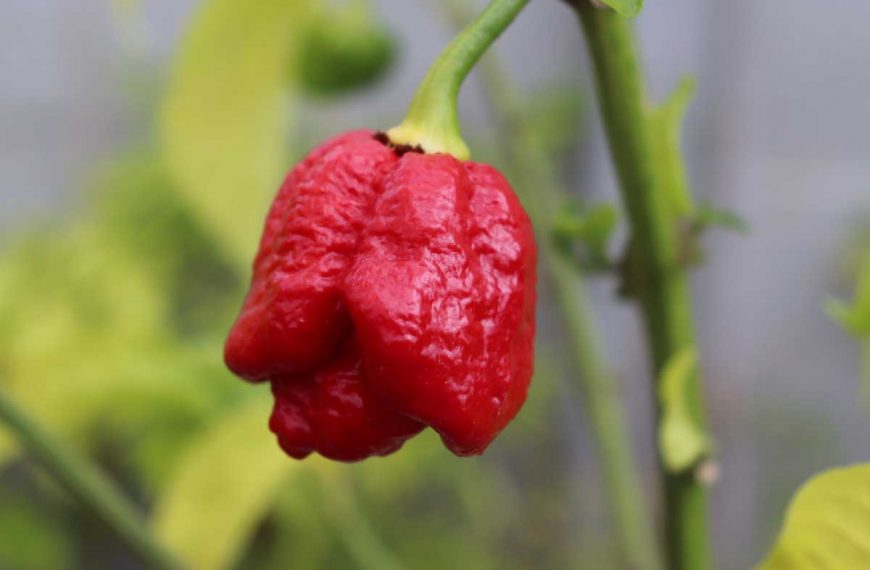