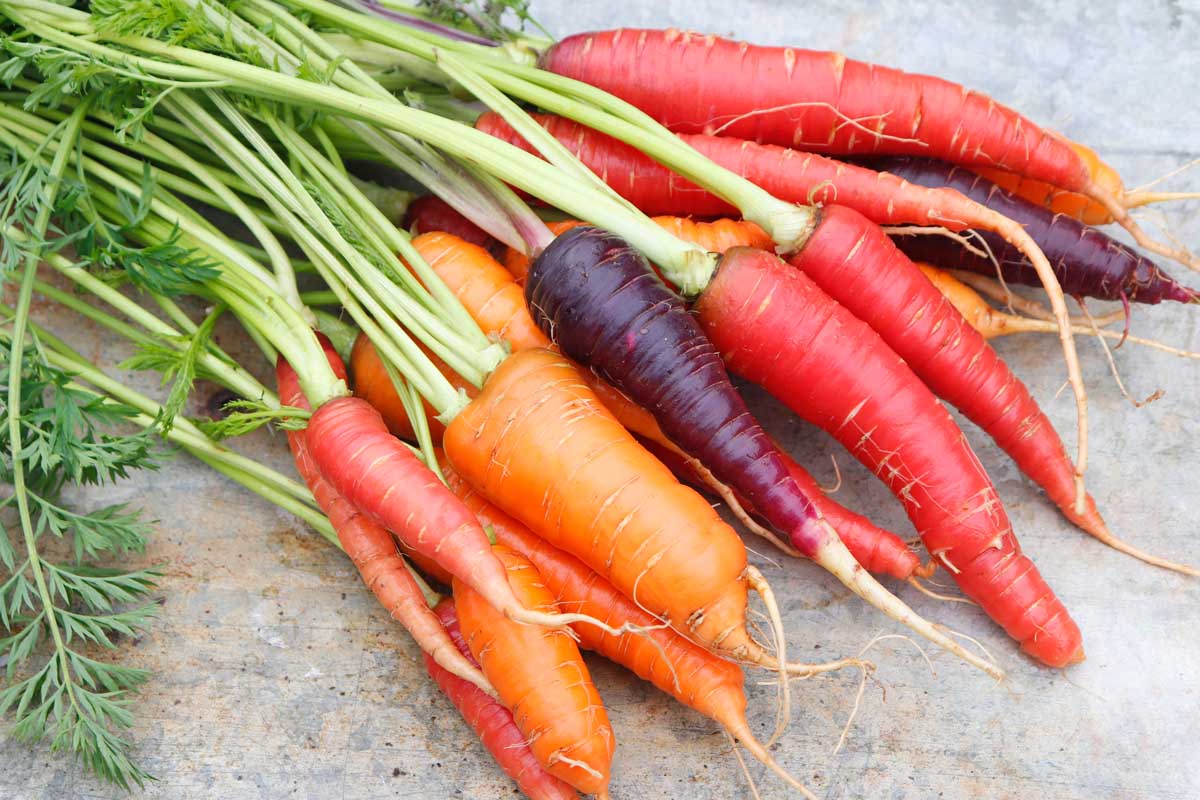 From a purely botanical point of view, There are four major groupings of Carrots – Imperator, Nantes, Danvers and miniature radish style carrots.

Various members of these groupings fall into several other categories – early, main-crop, and storage varieties.

Carrots are also cataloged by their size, shape, and color. Deep orange is the most common color but there are also yellow, white, red and purple carrots.

Long and straight is the most common shape, but there are also dwarf and giant Carrots as well as varying degrees between the two.

There are a number of varieties of imperator carrots and they vary in size, texture and taste.

Imperator 58, Cosmic Red, Sugarsnax Hybrid are some of the most popular varieties. All have their own unique characteristics.

Sugarsnax and sugarsnax 54 are hybrids, bred for their superior tastes and sugar content.

Imperator 58 is known for its crisp and usually coreless flesh as well as its ease in cultivation.

Imperator 58 is by far the most popular and most successful among home gardeners.

Cosmic Red is a decent tasting novelty carrot that is not overly difficult to grow.

Danvers have strong foliage and the roots are longer than Chantaney types. They are stocky with a pointy tapered tip – firm with a crisp texture and juicy with a sweet flavor. Danvers is a hardy short season carrot that produces well in heavy North Eastern soils.

There are several minor hybrids bred using Danvers Carrots, but the two most successful and popular cultivars are Danvers Half Long and Danvers 126.

The original Danvers Half Long dates back to Connecticut and Massachusetts of the 1870s. Danvers 126 was an improved version from the 1940s. See More About Danvers Carrot

Nantes Carrots are fairly short and stubby in comparison to standard classic varieties and also have a blunt tip – not the typical pointed one that you’ll see bugs bunny gnawing on, and they simply aren’t “cute” enough to display with the baby carrots.

Most Home gardeners are well aware that taste and texture take precedence over any eye candy. Scarlet Nantes Carrot is a consistent producer of crunchy sweet carrots favored by many seasoned gardeners. They date back to the 1850s in France and and have become popular around the Western World.

There are slightly less than 50 Nantes Cultivars. My personal favorite is Scarlet Nantes – I like the flavor, it’s fairly easy to grow and produces well.

Nelson Carrots are another Nantes variety, they are reliable and highly adaptable hybrids. Nelson Carrots work well for early sowing and reaping in warmer regions.

Yaya is almost a clone of Nelson except it is not quite as sweet.

Napa is another good variety, it has a higher disease resistance than many others. It is resistant to Powdery Mildew and Alternaria Blight. Performs well even in heavy soils.

Bolero is also resistant to Alternaria Blight and Powdery Mildew. Its yield are above average and it is known for retaining its sweetness even when in storage for extended periods.

A few other strains of chantenay carrots include Supreme Long Chantenay, Kuroda – a Japanese version and oxheart which is sometimes considered a chantenay – although horticulturists might beg to differ.

Red Core Chantenay is an old world heirloom that originated in France, although when is not exactly known. When fully mature it is has relatively large diameter and the carrot itself is a tad stubby at roughly 5 – 7 inches long.

Chantenay Carrots are frequently harvested before reaching full maturity, as it makes for a fine baby carrot. Older carrots are also known to develop a woody fibrous core and lose much of their appeal.

Chantenay Carrots of all strains are favored for winter storage qualities, they have a good shelf life and actually get sweeter when stored properly See More about Chantenay Carrots

Miniature carrots such as Parisan and Paris Market Carrots, Little Fingers, Babette and Romeo are popular not only for their novelty aspects, they also taste good. In addition to being tasty they can also be grown in more confined spaces than standard varieties. They are ideal for containers and hydroponic setups.

Paris Market Carrots and similar varieties such as Parisan Carrots, are tiny tasty tidbits. Small Roundish deep orange carrots, slightly larger than a marble. They are relatively rapidly maturing carrots that are prized not only for their culinary versatility, but their adaptability to diverse garden habitats.

Little Finger Carrots, another French Heirloom, are miniature gourmet baby carrots measuring roughly 3 1/2″ long x 1/2″ round. It is smooth skinned with a small core. I have found this particular cultivar does best in containers, it is not as prolific or as reliable as some its cousins in the carrot Klan, but it certainly is sweet.

Ones first thought when catching a gander of a purple Carrot is that it is simply a novelty that might go good to jazz up a salad. While it is true, Purple carrots have some added aesthetic appeal, they are also nutrient and vitamin enriched beyond the scope of standard carrots. See More About Purple Carrots 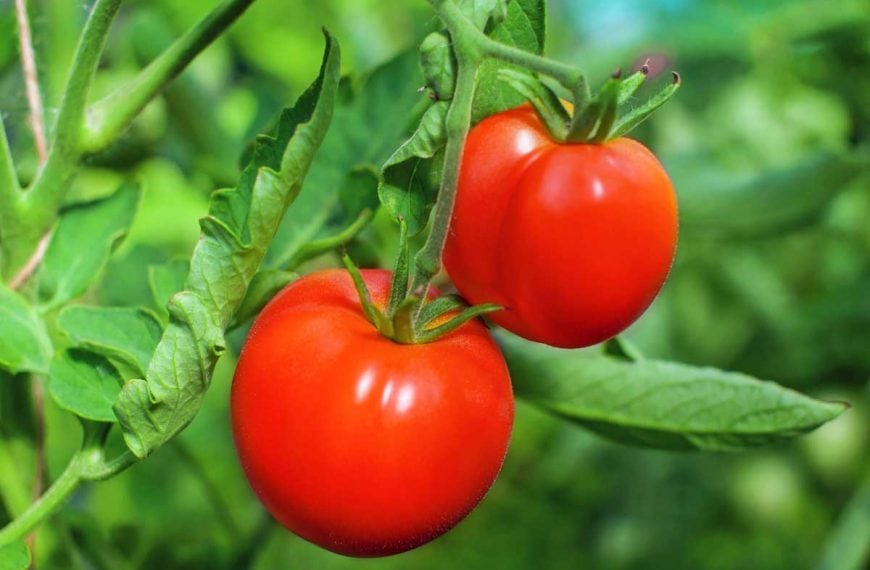 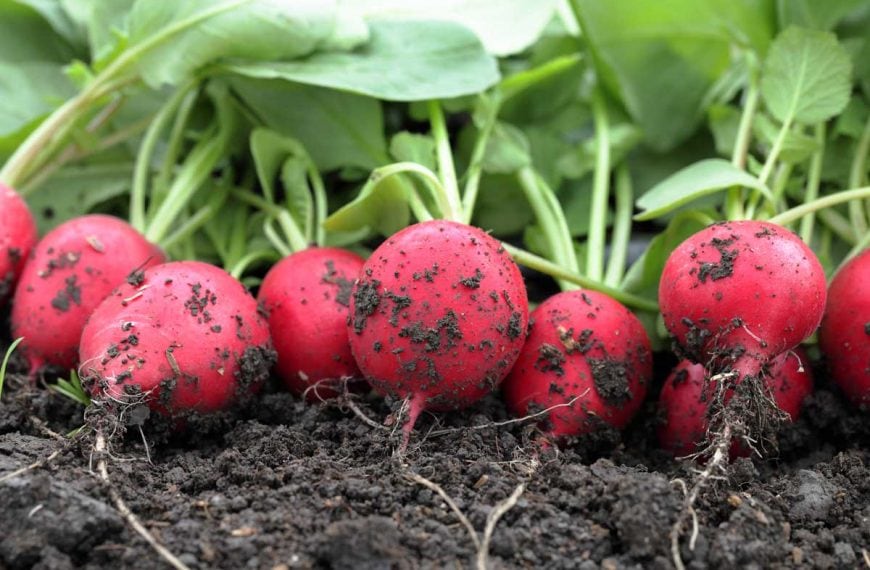