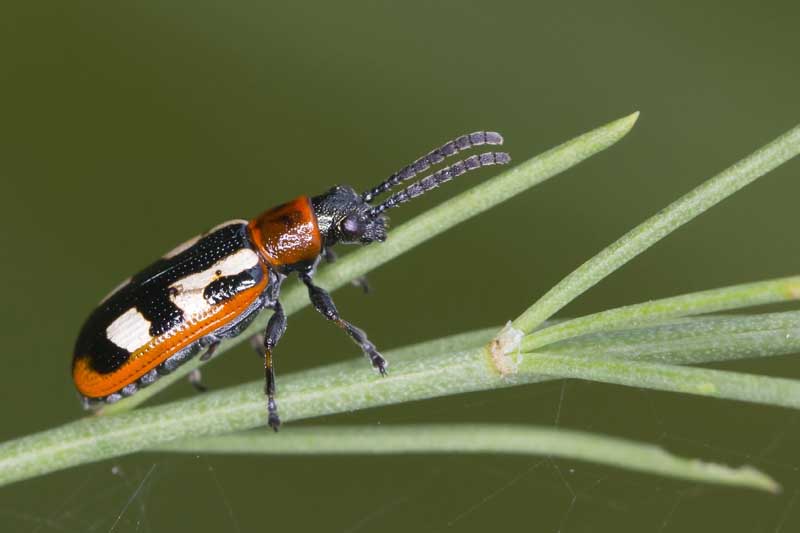 Identification and Control of Asparagus Beetles

As the name indicates they are pests of asparagus.

The common asparagus beetle has a more voracious appetite and causes much more damage.

Both varieties are about 1/4 inch long, they have oval-shaped bodies and antennae.

Life cycle of the Asparagus Beetle

Adult beetles overwinter in locations protected from the environment such as under tree bark or in the dormant stems of asparagus plants. Adults emerge when the asparagus spears do in the soil in spring and lay a propensity of dark brown, oval eggs in rows scattered on the plants.

The eggs hatch quickly, generally within a week. The larvae begin feeding and continue to do so for about two weeks and then drop to the soil below to pupate. Within a week, adults emerge and another generation continues feeding on the Asparagus Plants.

Feeding on the spears causes browning, scarring, and wilting. They devour both the ferns and spears. Significant defoliation weakens the asparagus plant and reduces the plant’s ability to provide nutrients in subsequent seasons.

Asparagus is more susceptible to diseases such as Fusarium when weakened by beetle infestations.

Management and Control of Asparagus Beetles

Inspect your plants in early spring, as soon as they emerge, and continue to do so throughout the growing season. Asparagus beetles are most active in the afternoon, which is the best time to meet and greet them.

Good sanitary practices, such as the elimination of plant waste in and around the asparagus crop will decrease the number of overwintering beetles.

Handpicking is not always feasible in larger gardens. In small gardens, handpicking is generally effective. Destroy adults and larvae, remove the dark brown eggs from the spears.

New adult beetles may eventually migrate to your garden, so be sure to check your asparagus plants on a regular basis.

Ladybug larvae as well as lacewings are effective predators of the eggs and larvae. Parasitic wasps are somewhat helpful in controlling the population spikes of asparagus beetles.

If a heavy infestation occurs, you may want to resort to insecticide. Most insecticides, however, will also kill beneficial predators and parasites. Rotenone, Pyrethrum, malathion, and carbaryl are effective against asparagus beetles.

Neem is most effective against the larvae stages only. Avoid using chemical pesticides when plants are flowering, in particular, carbaryl as it also kills off pollinators such as honey bees. 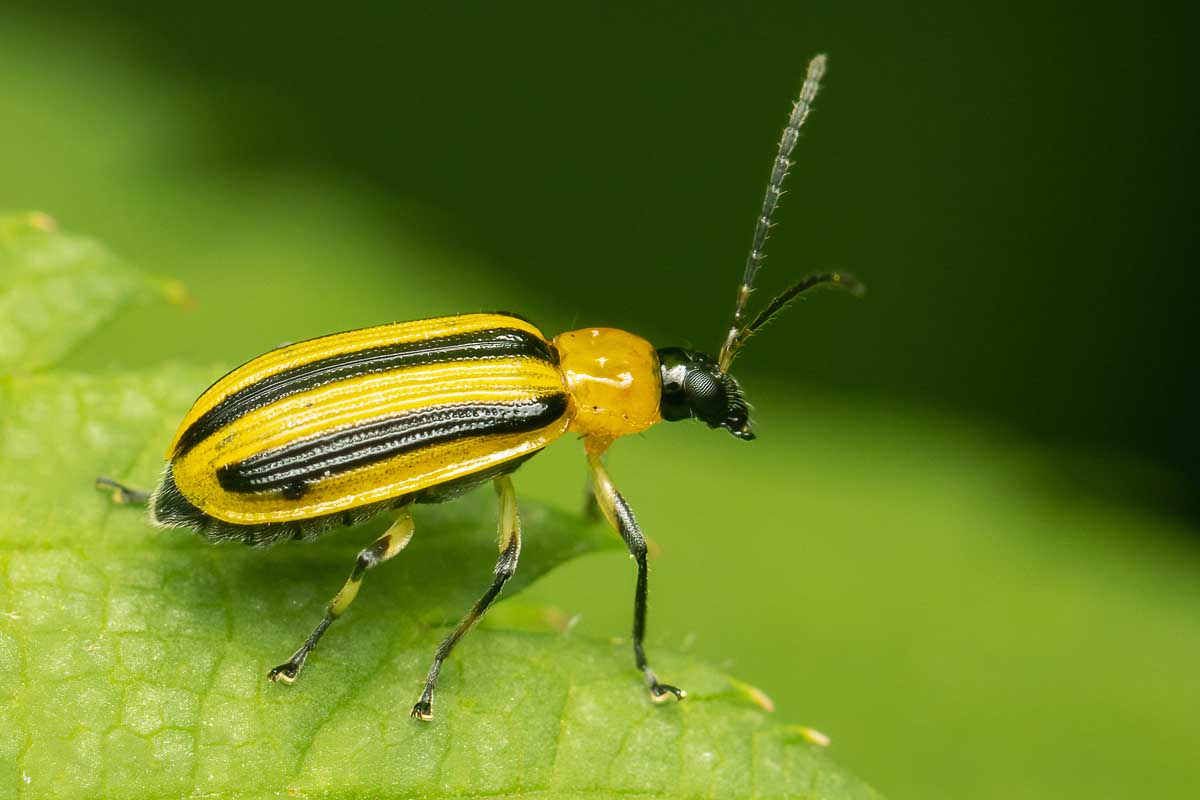 How to Identify and Control Cucumber Beetles