Ground Cherries are not cherries, in fact they are not even related to the cherry. They are more closely related to Tomatillo, Chinese Lanterns, and tomatoes.

The ground cherry grows in a protective paper husk. The cherries are marble-sized, pale orange fruits that have a unique sweet earthy flavor. I hesitantly included them under “fruits” because technically they are fruits – but then again so are their cousins tomatoes and tomatillos.

Taste descriptions range from pineapple and tomato to kiwi and tomato, all I can say in this arena is try them – you’ll like them.

Aunt Molly’s Ground Cherry, a variety that originated in Poland is the most commonly grown and does well in cooler climates. It matures rapidly and has a hint of a citrus flavor. Varieties from Central Eurasia will generally produce the pineapple tinge some people describe.

There are varieties native to North America, that frequently grow wild in some areas . They have deep green leaves that somewhat resemble a tomato plant. They produce an abundance of pale yellow flowers that will later develop into the ground cherry fruits.

They are not very frost tolerant so should be started indoors from seeds six to eight weeks before your average last-frost date in your region.

Transplants, can be set outdoors after the last frost date, but be sure to harden off your seedlings before transplanting them outdoors. They require a relatively long growing season, north of zone 4 dictates they be started indoors earlier, and transplanted later.

Raised beds are the optimal growing environment for ground cherries, especially in heavier clay soils. They need good drainage so a healthy layer of compost worked into the soil, as well as a thin layer of mulch is advisable.

A thin layer of mulch is advisable not only for moisture control but also to suppress weeds. Two inches of water weekly is best.

Ground cherry plants average around two feet tall, with an equal spread. Set the plants 2 1/2 to 3 feet apart in rows 3 to 4 feet apart. They are very productive plants under the proper conditions ground cherries can produce up to 200 – 300 fruits per plant and will produce continuously until frost.

They shouldn’t need to be staked as with tomato plants, the stalks are stronger and more woody and are self supporting.

Ground cherry plants are attacked by the same problems that plague tomatoes. However they are ususally more resilient and at time grow like weeds.

Aphids, Flea Beetles, Whiteflies are common pests particularly if the plants are water stressed. Cutworms can be a problem with young seedlings.

Fertilize them the same as you would tomato plants. They are acid-loving plants and like composted manures. Optimal soil pH is 6.0 to 6.8 [See Tracking and Adjusting Soil pH] . They respond well to fertilizer, especially phosphorus. Excess nitrogen fertilizer can result in plants with excessive vine growth but little fruit production. As with anything else – don’t overdo it.

Ground cherries generally produce 65 – 70 days from transplant, late mid summer / early late summer and continue to produce until first frost. The cherries will frequently drop to the ground before they ripening, this is how they reproduce themselves in nature. Harvest them off the ground and store at room temperature , do not remove their husks until you are ready to use them. They will generally store well for up to three months. When the color deepens to a pale orange \ gold – they’re ripe.

Some gardeners will harvest when the husks brown and turn somewhat crumbly, this works just fine also. Be advised that all parts of the ground cherry plant are slightly toxic except the fruit itself.

Related: How to Dry Ground Cherries 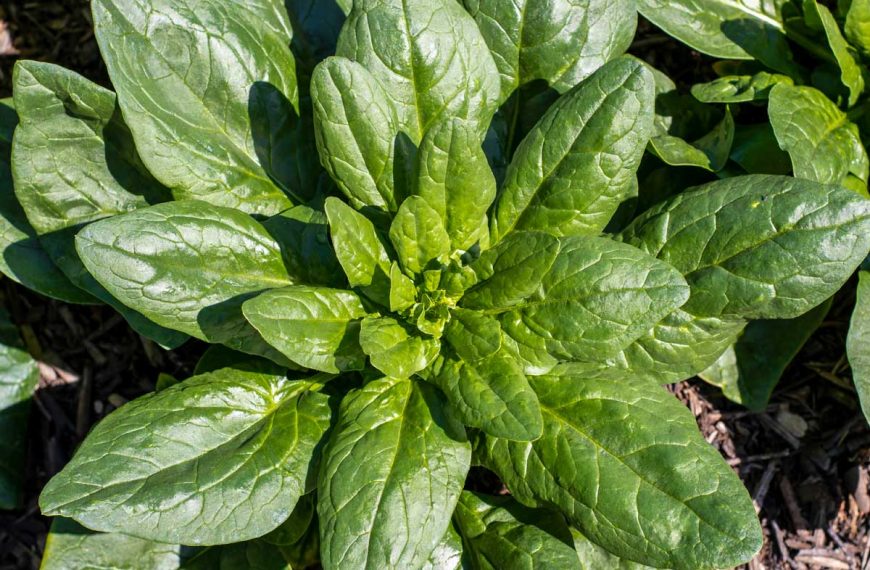 How to Plant and Grow Spinach at Home