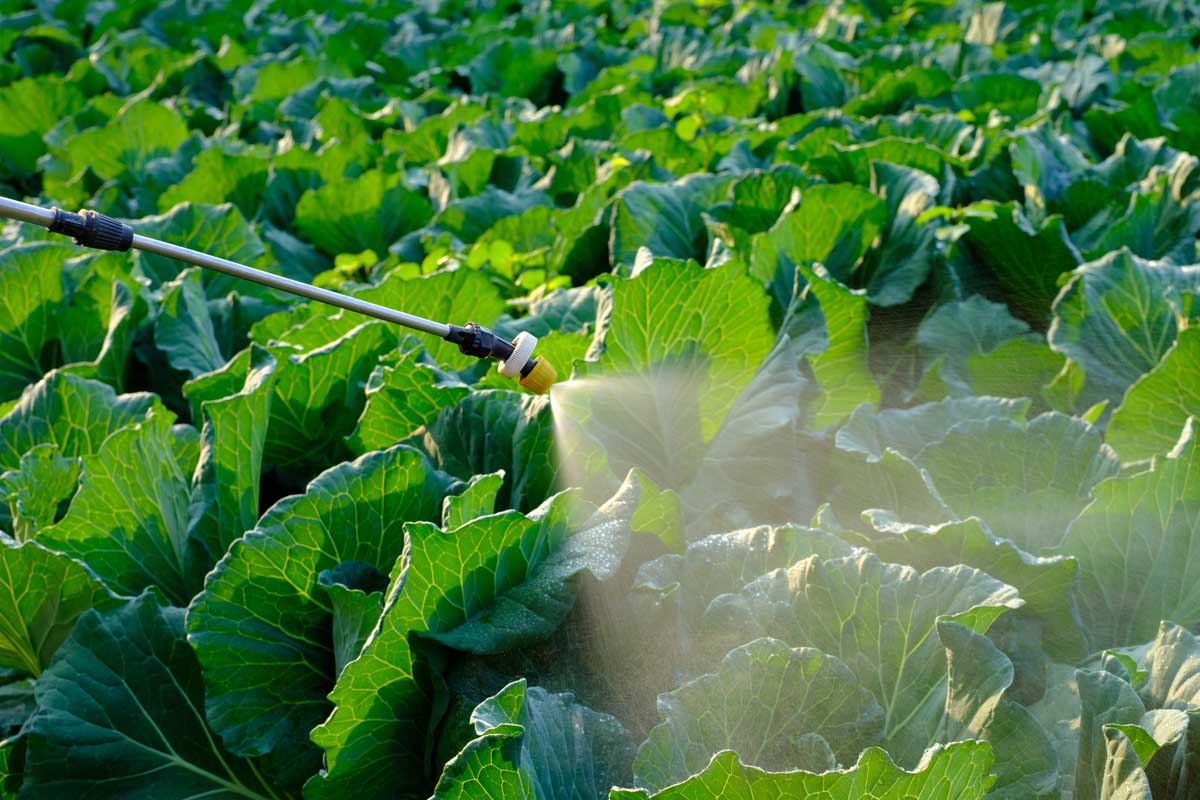 Neem oil aka Bioneem is a safe, eco-friendly non-toxic pesticide and fungicide for use by home gardeners. It is a non-chemical alternative acceptable in organic gardens, and for commercial applications.

It can be safely used on food crops without fear of harmful residues. It breaks down naturally in the soil and will not accumulate to toxic levels as chemical pesticides and fungicides are known to do. It is approved for use on Food Crops and effectively controls more than 300 pests.

Neem comes from a fast-growing broad-leaved evergreen. Neem trees also known as azadirachta, Nimtree, and Indian Lilac are indigenous to Southern Asia, Africa, and Australia. In recent years they have been successfully grown in areas such as Florida and South America.

The neem tree evolved a novel arsenal of defenses for itself against a multitude of pests and pathogens. Neem contains about 20 “triterpenes”, which are natural compounds found in most plants. Many of these compounds have the ability to block insect growth. Azadirachtin is the most potent of these active ingredients for the purpose of insect suppression. It disrupts insect growth cycles and reproduction.

Many insects have evolved to a point where they are naturally repelled by this compound. In effect, Azadirachtin halts the life cycle progression of many pests as well as deterring other insects. It is also effective on many nematodes.

It is structurally similar to insect hormones that control metamorphosis as the insects progress through various stages larva – pupa – adult.

Salannin, nimbin and meliantriol are other compounds found in neem. Meliantriol’s primary contribution to the Neem arsenal is its ability to block insects feeding. Salannin also affects feeding. The alkaloids Nimbin and its close relative Nimbidin have strong anti-viral as well as anti-fungal properties which are responsible for neems usefulness as a fungicide.

Other natural compounds within Neem oil are also effective, some to a lesser degree, while the significance of others are not fully understood.

Not all insects are equally affected by Neem based pesticides

Neem must be ingested by the insect to be effective. Because many beneficial insects, such as bees and pollinators don’t ingest sufficient foliage, they aren’t affected much at all.

Just so this is completely understood, neem is toxic, even deadly to bees that are exposed to direct contact. Do not apply this product while bees are actively visiting the treatment area.

Spiders eat it, but for some reason it’s not toxic to them and they continue controlling your insect problems. Predators such as lady bugs do not eat enough plant matter to be effected by the Neem treated foliage, they do eat the bugs that ate the Neem but are not significantly effected – that’s good. They will however, be effected by direct contact the same as bees.

Neem oil as a foliar spray is most effective when applied to younger plants. The oil, being a natural compound, degrades faster than man-made chemicals, its effectiveness is limited to 3 – 4 days and needs to be frequently re-applied. It is water soluble, however, When diluted with water it’s effective span is drastically reduced so it is best used straight or with minimal dilution. Actually, The highest concentration currently available to home gardeners is about 3%, so product packaging should give information on dosage.

Some garden gurus have suggested using neem oil as a soil drench. Take note that neem oil is not a systemic insecticide. It is similar to a contact killer but must be ingested by the insect to be effective.

As a soil drench, it is not very effective against insects. Theoretically, the neem enters the plant’s vascular system, insects ingest it during feeding. In reality, by the time the compound works it way through the soil, into the plants vascular system and than into the bugs it’s effectiveness is long since expired.

As a foliar spray it causes insects to reduce or cease feeding, will prevent larvae from maturing, interrupts mating and egg laying. If sprayed directly on the insect, like other horticultural oils it coats their body surface, prevents respiration and hence kills them.

Neem Oil as a Fungicide

Neem oil fungicide is useful against fungi, mildews and rusts.

The alkaloids Nimbin and Nimbidin found in Neem have strong anti-viral as well as anti-fungal properties. There are better more effective products on the market in the realm of fungal and bacterial protection.

However, if you are already using neem, or plan to use Neem for insect control, it has the added benefit of serving as a fungicide. If you already have fungal problems closing the door once the animals are out is not very useful. Neems primary benefit is as an insecticide not a fungicide. It is also more useful as a preventative measure rather than a cure for existing fungal problems.

Other limitations on neem as a fungicide is that it breaks down rapidly in nature. Extremes of temperature, rain and other environmental factors make it necessary to reapply it frequently.

Neem is not good for all plants, some can be damaged or killed by it if applied too heavily. It’s advisable to test a small area on the plant, wait a day and check for any leaf damage. If there is no damage, the neem is safe to use on that plant.

When you spray Neem oil, it should be done early in the morning or late night, when the beneficial insects are the least active. That way you would avoid contact with beneficial insects, only the bugs that eat the foliage are effected directly. Dawn or dusk are also advantageous as you are avoiding direct light which prevents foliage burning and allows the neem to seep into the plant.

Neem oil insecticide should be applied about once a week. Apply it as you would other horticultural sprays, making sure the leaves are saturated – completely coated.

Dilution rates vary and some products do not require dilution so be sure to check the label instructions.

Baking soda aka sodium bicarbonate is a cheap and effective fungicide it is used for controlling powdery mildew and other fungal issues. See: Baking Soda Natural Fungicide. Combined with Neem oil the two compliment one another’s effectiveness.

Do not rely too heavily on persistent use of baking soda, its sodium component will accumulate in the plants and soil, over time it can become toxic to plants. See Also: Milk for Powdery Mildew 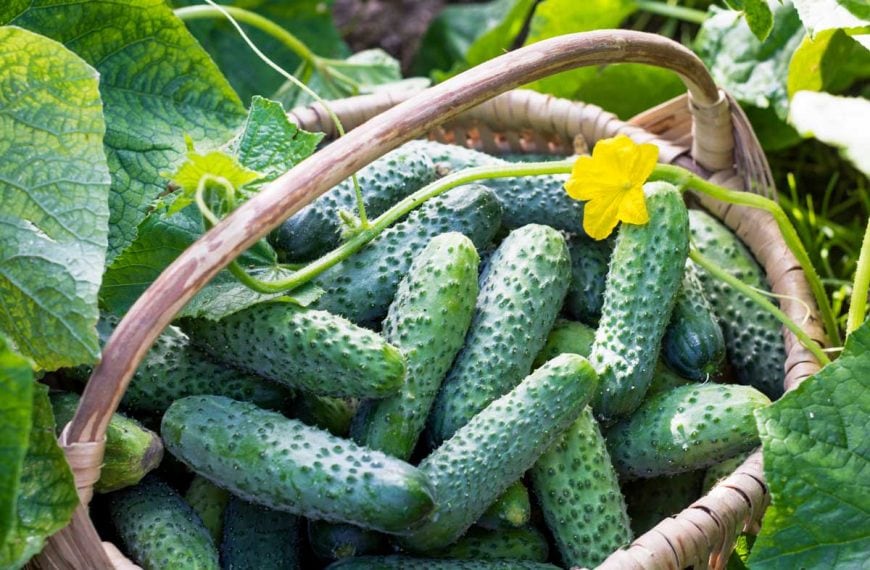 What are Gynoecious or All Female Cucumbers (and Other Vine Crops)? 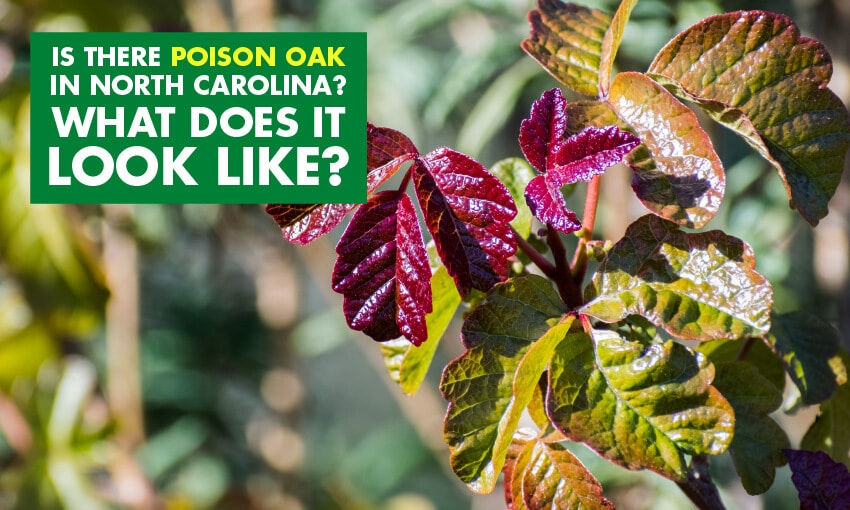 Is There Poison Oak In North Carolina? What Does It Look Like?