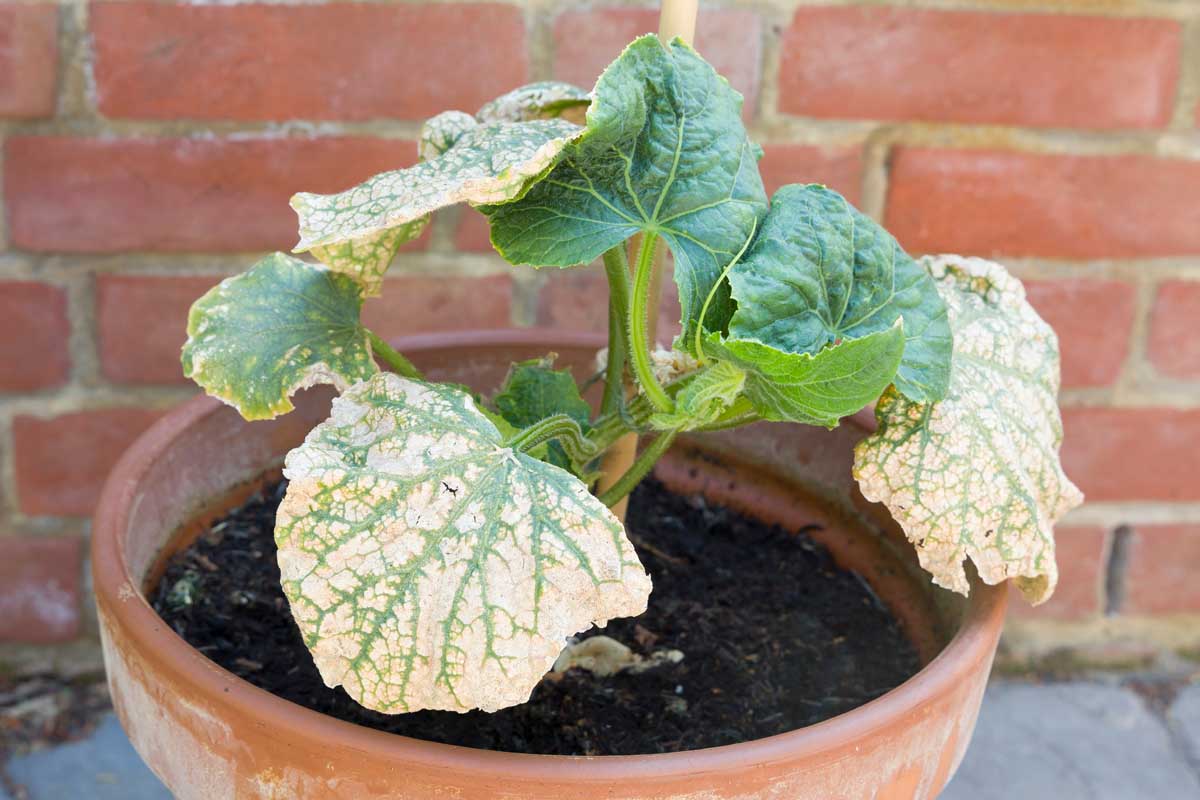 Called cucumber mosaic because it was first discovered in cucumbers in the early 20th Century.

CMV actually effects over 1200 plant species including cucumbers and related squash, melons and curcubits, tomatoes, Peppers and related plants and nearly all commonly grown vegetable and ornamental garden plants. In fact, it has the widest host range of any known plant virus.

Similar viruises which are indistinguishable include Tobacco and Tomato Mosaic Viruses of which only laboratory testing can definitively distinguish.

The virus is transmitted from plant to plant, which includes weeds primarily via sap sucking insects such as Aphids and Cucumber Beetles.

Fortunately Cucumber Mosaic Virus is not passed down generation to generation as it can’t be passed along via seeds and does not survive very long in plant debris or soil.

Symptoms of cucumber mosaic vary widely depending on the crop infected and the plants stage of development when the infection first occurs.

In cucumbers, as the plants mature the leaves become spotted, with pale and green pigmentation mottled together. They take on a sickly pale and wrinkled appearance.

Although we know the cause and symptoms of cucumber mosaic disease, there is no cure. Prevention is the best defense. Aphid control helps to forestall the spread of Cucumber Mosaic.

Neem Insecticidal soap or Pyrethin based products are registered to manage cucumber beetles.

Any plants known to be or suspected of being infected should be immediately removed from the garden, and discarded or destroyed – don’t leave them lying around and don’t put them in the compost.

Weeds need to be controlled as well, they are also effected and insects will readily transmit the virus from weeds to crops.

The disease resistance code for vegetables can be found on the back of seed packets – CMV is the designation for Cucumber Mosaic Virus. Hybrid Bush Slicer, Babylon, Marketmore 76, Orient Express and Wautoma are a few varieties with resistance to CMV.

How to Test Garden Soil