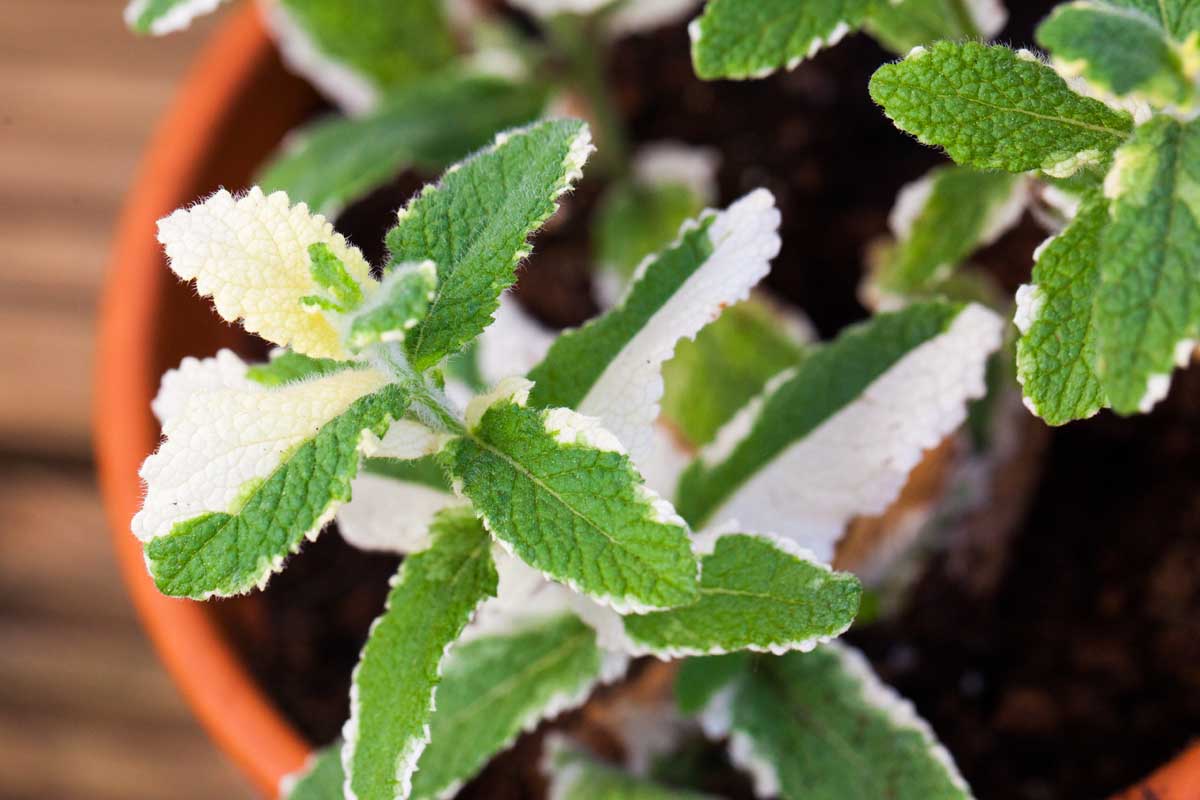 Mentha suaveolens ‘Variegata’ most commonly known as Pineapple mint is useful for culinary purposes in addition to being a highly attractive plant in nearly any garden or landscape scenarios.

Like all mint plants it is used to brew teas and assorted beverages and confections. I’ve used it on occasion to make a wonderful pineapple mint jelly. It can be used in any recipe that calls for mint and will add its own distinct flavor.

Pineapple mint has ruffled variegated foliage with creamy white margins. The leaves will emit a light pineapple aroma when brushed against, the taste mirrors the aroma, minty pineapple.

The plants attain a height in the vicinity of 1 foot. It is very fragrant and like most mints will attract pollinating insects. The blossoms that appear on spikes atop the plant in mid summer are an off white color leaning to various shades of pink.

It was bred from Apple mint and naturally has some similar characteristics. A drawback however is that it will sometimes revert to its genetic lineage. Stems with plain green foliage as opposed to the variegated white rimmed ones will sometimes appear, these should be pinched back as soon they are spotted. Pinch them back as far as possible to prevent the plant from reverting to Apple Mint which is common. The Apple mint grows more aggressively and will eventually commandeer the entire plant.

Starting mint plants from seed can be bothersome. Germination rates are low and they are sometimes slow to grow. Starting from cuttings or divisions is the most common mode of starting mint, if you have access to any. Starter plants can also be purchased.

Pineapple mint will spread prolifically if left unchecked. All mints have the tendency to become invasive, pineapple mint even more so than some of its cousins. Once established it will vigorously spread via its underground stems so you’ll need to maintain its spread in order to prevent it from overtaking neighboring plants.

Keep the plants in check by harvesting the tips on a regular basis and removing renegade runners. Small flowers bloom from June to September, you should trim these before the buds open to keep the plant compact and manageable.

Older Plants: Pineapple mint plants like people become less attractive, hardened, woody and at times bitter as they age. Older plants should be removed and replaced with younger plants to ensure a quality harvest. Regular harvesting and pinching out of excess growing tips will also help to maintain a compact and bushy growth pattern.

Plants grown in full sun tend adopt an upright growth pattern, if grown in partial shade, which they tolerate, they tend to sprawl along the surface and create a ground cover.

Fertilizer is not necessary so long as the soil is reasonably fertile, not sand and certainly not clay. If your soil is abysmal Modest amounts of fertilizer can’t hurt. Fertilize in early Spring and then every fifth week thereafter with a balanced fertilizer. No more tha 3 X per season and in Modest amounts. 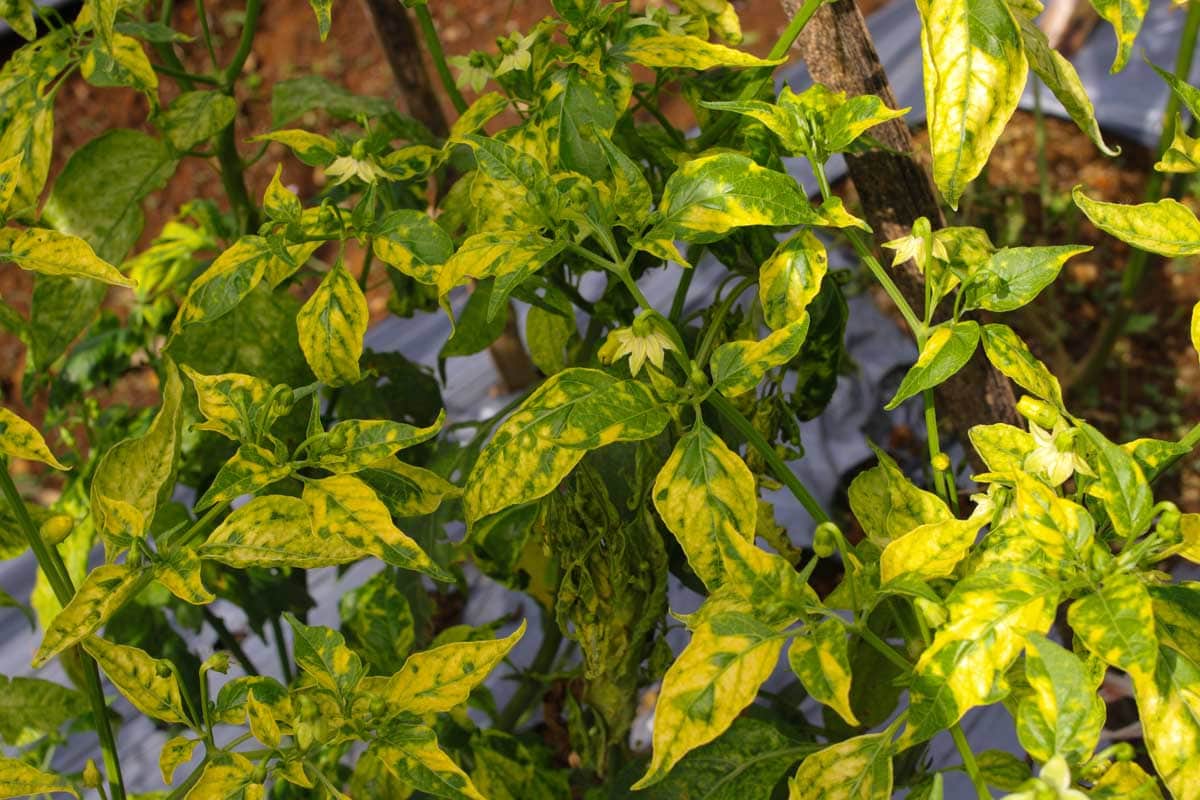 Jamun Berry, What is it and How to Grow it