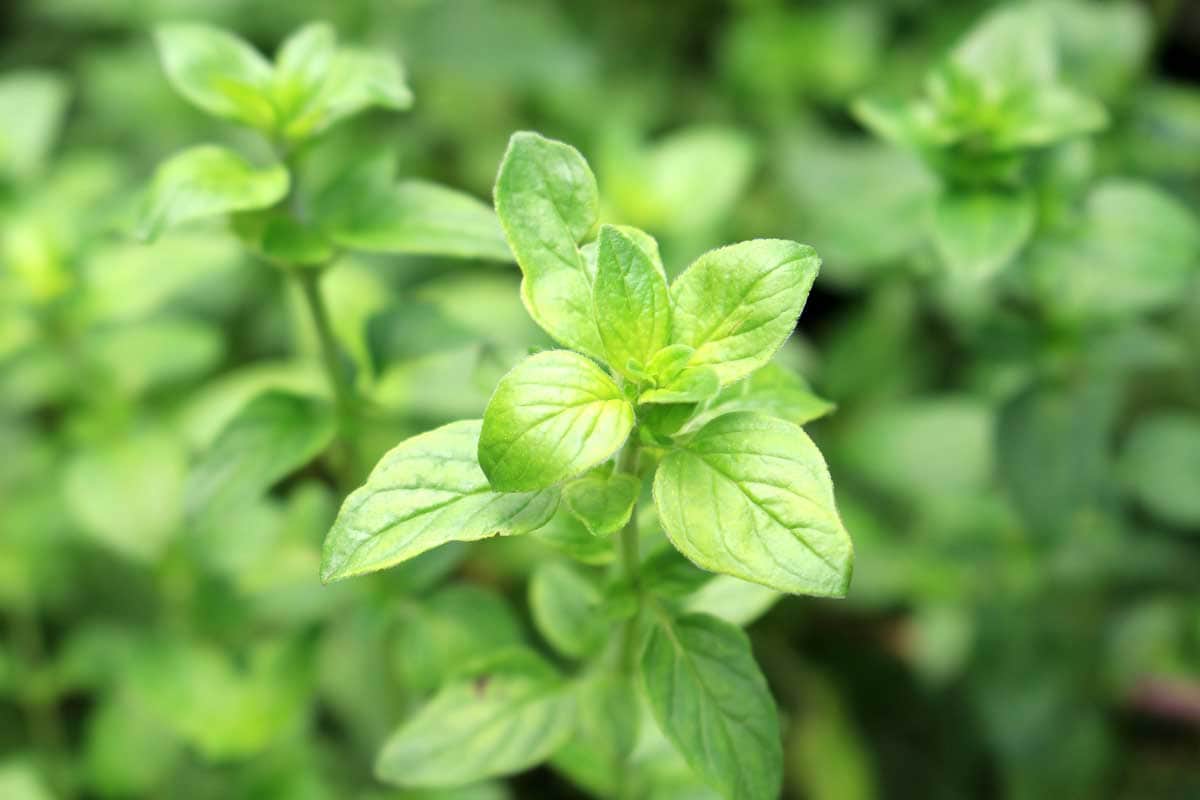 Oregano needs no introduction, it is one of the most commonly used herbs, popular in Italian and Mediterranean dishes.

It can be grown throughout most of North America but its hardiness varies from variety to variety.

Hardiness Zones – Some varieties are hardy as far North as zone 3 & 4. Most withstand a moderate freeze. In marginal areas, grow oregano as an annual or in containers that can overwinter indoors.

Sunlight -Oregano does best in full sun, but will tolerate partial shade. In hotter climates, particularly in the south and southwest partial shade is better.

Soil and Fertilizer – Soil pH of 6.5 to 7.0 and a well-drained soil, organically enriched soil is best. Don’t over fertilize oregano, it does fine with very little help in that dept., assuming you’ve maintained a proper soil pH. A side dressing of bone meal or fish emulsion

at early and mid season should suffice if applied in a timely fashion.

Pruning – Oregano generally spreads easily and under optimal conditions it also spreads rather quickly. In late spring, you’ll want to cut it back to about a third of its size in order to force the plant to grow bushier, rather than spread out.

In zones 3 to 7, protect the plants with a thick layer mulch over the winter months. You can also bring them indoors in some instances or use a cold frame. In the early Spring prune out dead stems before the plants emerges from dormancy and starts new growth.

Insects – Occasionally aphids or spider mites are a pest in Oregano, but not frequently. Serious infestations are uncommon and are generally easily treated.

I recommend Neem based products that are very effective and eco-friendly, they are not harmful to people, pets or livestock. Once you’ve sprayed the plant, don’t harvest any leaves for several days. And when you do, wash them well before using.

Disease – Root rot, is sometimes a problem, in oregano. Be sure the soil is well drained, pick off any discolored or speckled foliage.

The most common mistake gardeners make when growing Oregano is excessive moisture. Too much moisture, humidity, excessive rain, or over watering leads to root rot, which will surely lead the plants untimely demise.

To prevent this, you need a well drained soil with plenty of organic matter to ensure better drainage. Good air circulation is also essential to promote evaporation of surplus water, give the plants ample room to spread.

Prune over-bearing foliage to promote air circulation. A light pebble mulch or gravel around the base of plants can also help keep the soil surface dry.

Oregano does well when planted near Pumpkin.

Keep it away from Marigolds as there is some indication marigolds will hamper their development.

Oregano repels Cucumber Beetles and some pests of Cabbage and related crops.

You can begin harvesting oregano lightly when the plant reaches 8 inches in height. As with most herbs, the best time to harvest Oregano is just before it flowers in summer as its flavor is concentrated at this time.

For an abundant harvest, snip the stems just above the plant’s lowest set of leaves, this will also encourage new growth for later cuttings. Oregano leaves can be dried, frozen, or refrigerated. Oregano is actually more intense when dried than it is fresh, drying deepens and enhances the flavor.

To Dry Oregano tie harvested stems and leaves together and hang them upside down in bunches in a dry, well-ventilated area. After drying, separate the leaves from stems and store in airtight containers.